On January 10, actor Justin Chambers surprised everyone by announcing he was leaving Grey’s Anatomy. “There’s no good time to say goodbye to a show and character that’s defined so much of my life for the past 15 years,” he said at the time. “For some time now, however, I have hoped to diversify my acting roles and career choices. And, as I turn 50 and am blessed with my remarkable, supportive wife and five wonderful children, now is that time.” We also learned that we’d already seen the last of Karev in the November 14 episode.

Each week since then, fans have been tuning in to see if this will be the episode we learn the fate of Alex Karev. Given that this is Grey’s Anatomy, a show that has never shied away from major character deaths, fans feared Karev would be killed off. But given the clues we got in the February 13 episode, that doesn’t seem to be where things are leading.

Karev was referenced multiple times in the episode. During a conversation between doctors Richard Webber (James Pickens Jr.) and Owen Hunt (Kevin McKidd), about yet another hospital reshuffling situation, Hunt says, “Does Karev know?” Webber replies, “He's dealing with family issues in Iowa. I called him to tell him the place was going to close, and he texted me a laughing-’til-you-cry emoji with a party hat.”

But the more telling clues came from Karev’s wife, Jo (Camilla Luddington). She gets into a heated conversation with Amelia Shepherd (Caterina Scorsone) who asks, “Are you going through something?” Jo then reveals that she can’t get a hold of her husband. “Alex hasn’t been returning my calls,” she says. “He says that he’s going through something and he needs time. And if I didn’t know better, I’d think he was getting revenge for when I needed time. But I know he would never do that so…I’m sorry. I’m anxious.” So maybe that’s what will happen—Karev will stay in Iowa to deal with his family and his issues, never to return to Seattle. With an ending open enough that a return is possible. 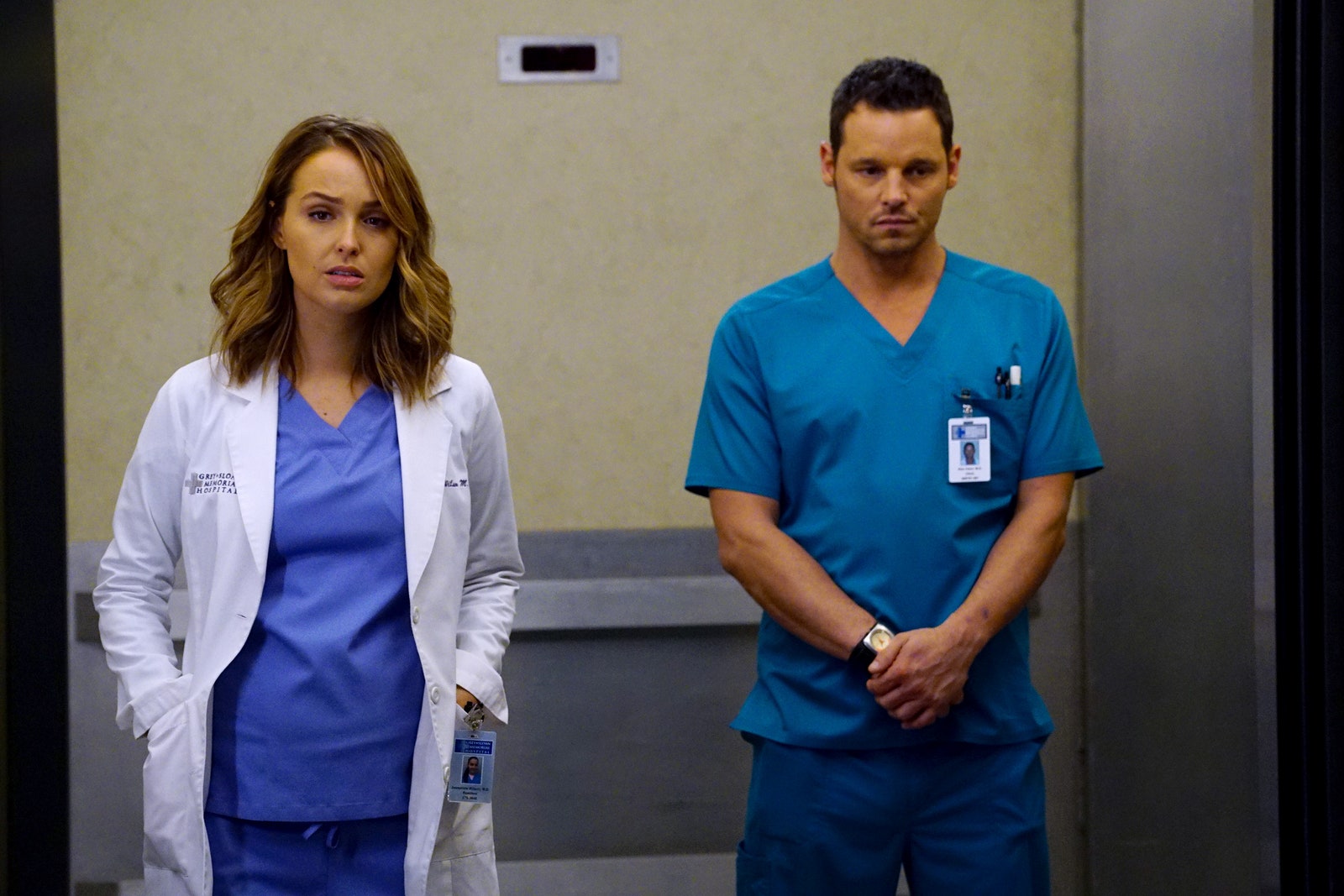 The episode ends with Jo walking into the empty apartment she once shared with Alex, a telling sign of what her future likely holds. As she looks around, Meredith Grey (Ellen Pompeo
) says in one of her famous voiceovers, “When one thing ends, something new always begins.”

But this is Grey’s, after all, so we’re not counting out a shocking twist.