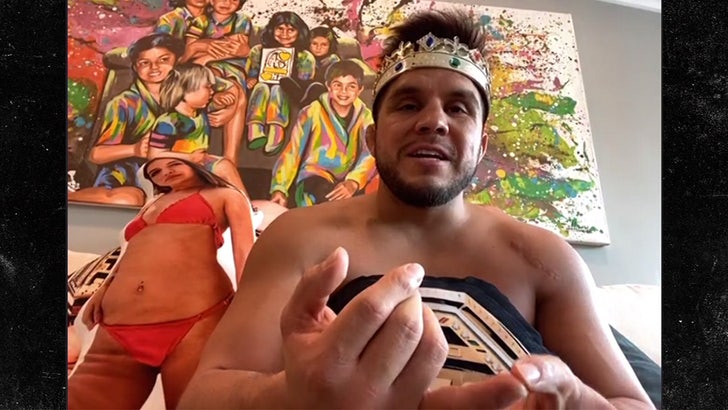 Olympic wrestling champ Gable Steveson CAN beat Jon Jones and Francis Ngannou in a UFC Octagon … all he needs is a few years of MMA training, according to Henry Cejudo.

If anyone knows what it takes to make it as a wrestler-turned-mixed martial artist, it’s Cejudo. Henry won a gold medal in freestyle wrestling (just like Steveson) in 2008 … and then became a 2 weight class champion in the UFC.

So, when TMZ Sports talked to Triple C, we asked how Gable would fare in the UFC.

“I do believe, like within the next couple of years, he could beat a guy like Jon Jones or even Francis Ngannou. He’s like, he’s the biggest threat because of his wrestling pace, which is extremely scary,” Cejudo told us.

But, Henry made it clear, Gable couldn’t just walk into an Octagon right now, without any training, and beat 2 of the biggest men on the planet.

“And I’ve been there before when I first fought Demetrious Johnson. And I, you know, I had already had stand up and whatnot, and I got knocked out at 2 minutes and 36 seconds. So, you do have to respect the game.”

Of course, 21-year-old Steveson — who just won a gold medal — has options on top of options.

WWE is reportedly interested in the wrestling star (GS will be at Summer Slam this weekend). Gable also says he’s been hit up by multiple NFL teams. And, then there’s the UFC.

Dana White recently told us he planned to meet with Steveson this weekend in Las Vegas … to discuss potentially signing him to a deal.

There’s more … we also talked to Cejudo about his fighting future — and while taking shots at Alex Volkanovski and T.J. Dillashaw — Henry gave us the latest on whether he’ll ever fight again. 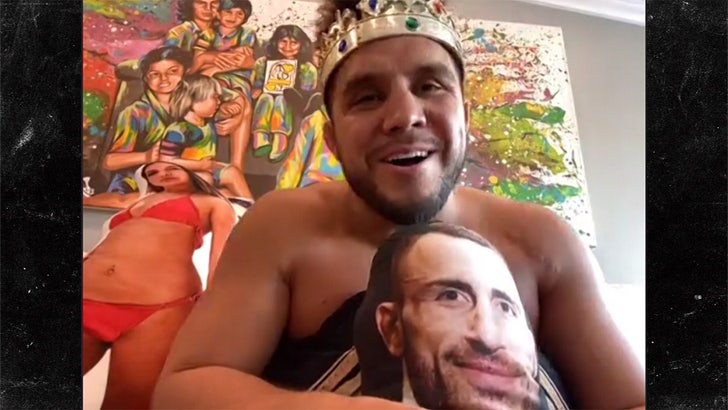