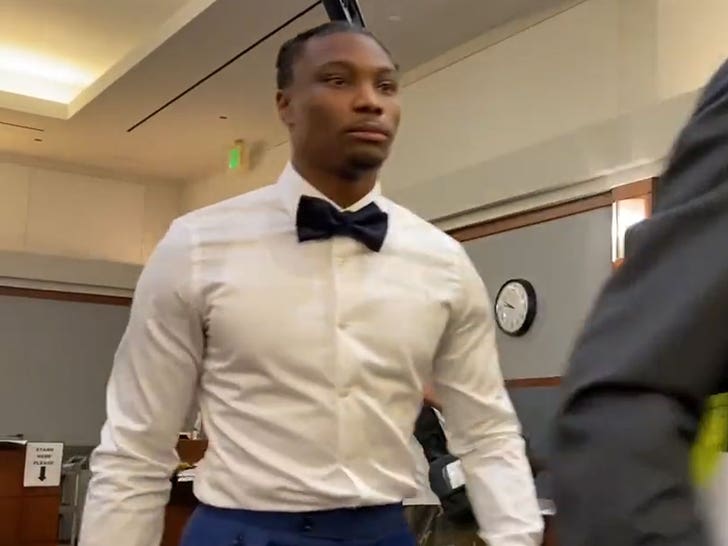 For the first time since 2021, Henry Ruggs appeared in a courtroom in Las Vegas for a hearing in his DUI crash case.

The 23-year-old former Las Vegas Raiders star — who was charged back in November 2021 with four felonies after prosecutors accused him of killing Tina Tintor and her dog in a fiery car crash — showed up to the Nevada courthouse alongside his attorneys.

During the hearing, Ruggs’ lawyers argued that police had no probable cause to obtain a warrant to collect his blood following the car accident. They asked for the tests — which cops say showed Ruggs had a BAC of .161 following the wreck — to not be allowed to be used as evidence in the case.

The judge, however, denied the motion.

Ruggs appeared to be stoic in the courtroom as his attorneys spoke, displaying little emotion. He wore a white button-down shirt, a black bowtie, and blue pants and did not address reporters inside or outside of the courtroom.

This is the first time Ruggs has been seen in public since late November 2021, when he was ordered to show up for a hearing over a missed breath test.

As we reported, Ruggs is facing more than 50 years in prison if he’s convicted on all of the charges against him.

Records show his next hearing in the case has been set for September.