Good Morning Britain host Piers Morgan, 53, spoke out on his boozy antics with This Morning host Holly Willoughby, 38, joking she is a “dangerous” drinking buddy who can party for days. He told Heat Magazine: “If I go to a party and Holly Willoughby is there, you know your liver is in for a caning, and you could end up in a career-ending situation.” Piers went on to insist the mother-of-three isn’t all how she appears on TV, adding: “Never has there been a more ill-fitting halo in the history of British showbusiness.” Piers’ admission comes after he enjoyed a night out with Holly as part of the Bradley Walsh’s Late Night Guestlist, produced by Holly’s husband Dan Baldwin.

The pair joined were joined by the likes of Maya Jama, Emma Bunton and Jack Fincham.

Piers shared a snap of him and Holly enjoying a beverage behind-the-scenes.

In view of his 6.66 million followers, he commented: “Getting drunk on TV with @hollywilloughby. Her favourite hobby. #BradleysLateNightGuestlist.”

The social media user wrote: “I know it shouldn’t, but the fact that @hollywills is friends with @piersmorgan makes me think less of her as a person.”

Piers seemingly saw the humorous side to the tweet and informed them his fans were also “horrified” by their friendship. 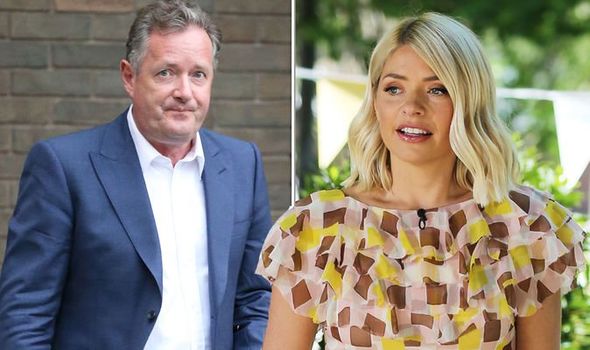 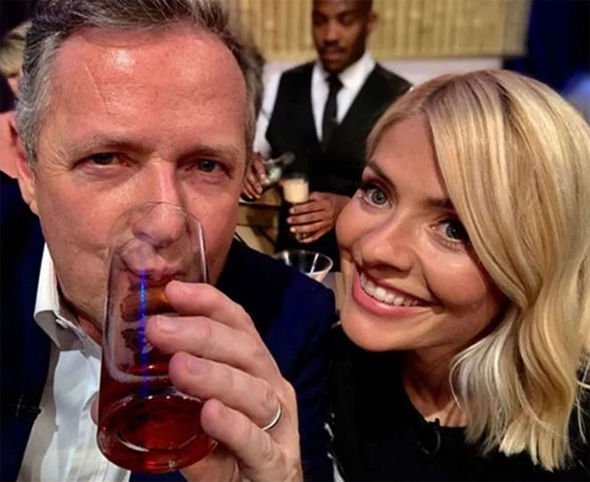 He replied: “My fans are equally horrified I would hang out with someone so angelic.”

On the same evening, Holly shared a selfie on her way to the show from the back of a car.

Expressing her excitement for the show, she told her 5.5 million followers she was expecting “chaos” with her co-stars.

Despite Susanna announcing she had given up alcohol last year, Piers joked it “isn’t true”. 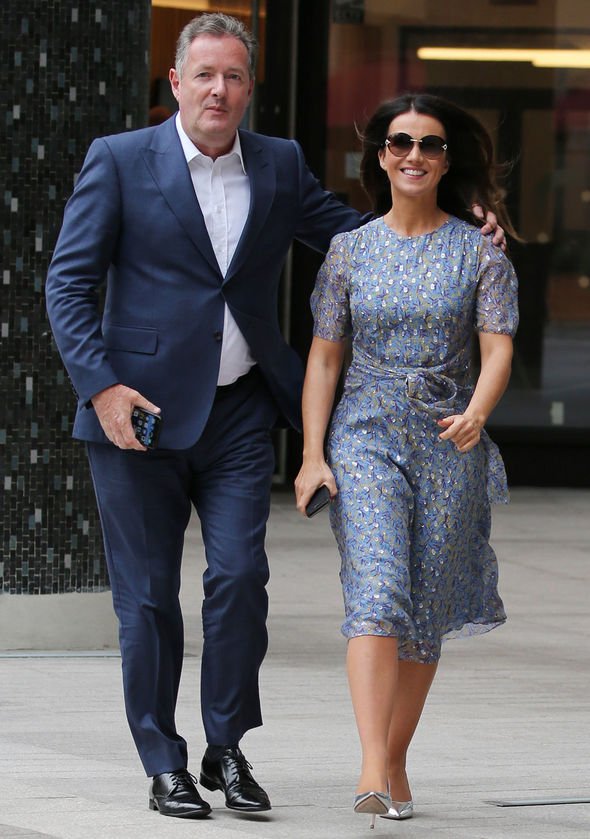 He told The Sunday Mirror Magazine: “All this ‘I don’t drink’ stuff Susanna says isn’t true.

“Trust me, you want to go on a bender with her, because when she falls off the wagon my God it’s spectacular.”

“I want another bender,” he added.

“I hope to f*** by the end of the summer holidays you’re drinking again because it’s so boring when you don’t.”

This Morning airs weekdays from 10.30am on ITV.