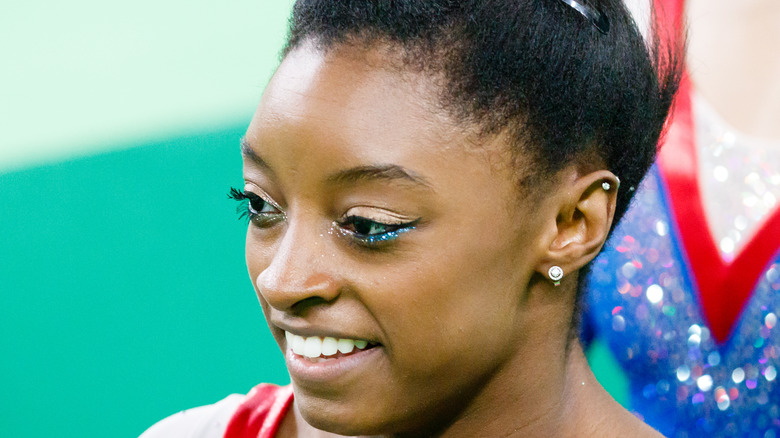 After Simone Biles exited the team gymnastics event during the summer Olympic Games in Tokyo, her biological mother, Shanon Biles, had one thing to say. “She’s gonna be okay,” via the Daily Mail.

When Simone was three, she and her younger sister, Adria Biles, moved to Spring, Texas, to live with their maternal grandfather, Ron Biles, and his second wife, Nellie Cayetano, and the couple adopted the sisters when Simone was six. Older siblings, Ashley Biles-Thomas and Tevin Biles-Thomas, were adopted by Ron’s sister, Harriett Thomas.

Shanon spoke with the Daily Mail on the topic in 2016, as she was dealing with a drug problem at the time. “It was hard to give up my kids, but I had to do what I had to. I wasn’t able to care for them. It took me six years before I saw my children again,” she shared. She went on to say that she took a step back and let her dad raise her kids in the way that he thought was right, and as she was still using substances at the time, she respected her father’s wish to leave her biological kids alone. “I didn’t understand it at the time, but years later, I understood why. I had to deal with me first,” she said. 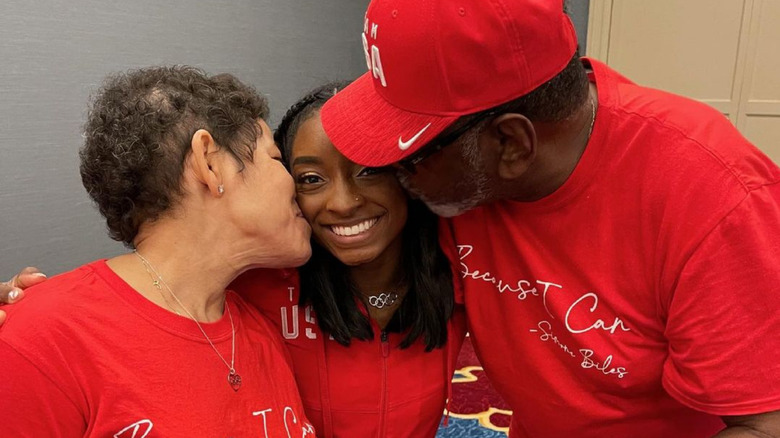 Shanon Biles, Simone Biles’ biological mother, has been sober since 2007 and she works as a home-help aid, as reported by Women’s Health. According to Heavy, she is also on probation for assault as of publication and, after having Ashley Biles-Thomas, Tevin Biles-Thomas, Simone, and Adria Biles, she had two more children, Taron and Shania.

In her Daily Mail interview from 2016, Shanon stated that her conversations with Simone are brief, “like, ‘I miss you, I love you, I can’t wait to see you, I’m proud of you, I’m watching. You go girl.'” But Simone has elaborated on the situation in appearances and on-screen conversations.

“Growing up, my biological mom was suffering from drug and alcohol abuse, and she was in and out of jail. I never had mom to run to,” Simone shared in 2017, when appearing on “Dancing with the Stars.” She went on to speak of how being adopted impacted her for the better. “My parents saved me. They’ve set huge examples of how to treat other people, and they’ve been there to support me since day one. There’s nothing I could say to them to thank them enough,” she said, via Women’s Health. Here’s to wonderful parents and the support they show!