Jada Pinkett-Smith made her Instagram followers stop scrolling after she showed off a new arm tattoo and her future plans for a sleeve!

Jada Pinkett Smith has some new ink! The Red Table Talk host took to Instagram on August 15 and revealed a glimpse at what she intends to be the first tattoo of many more to come on her right arm.

“I always said I would get a sleeve at 60 but tomorrow is not promised. Soooo … I’m starting to build my sleeve now! Repp’n the Divine Feminine journey within and without. Jai Ma,” the 49-year-old actress captioned her post. Jada also added a few hashtags, naming the goddesses she had inked on her arm: “#MataSita, #Allat, #Oshun and #QuanYin.” 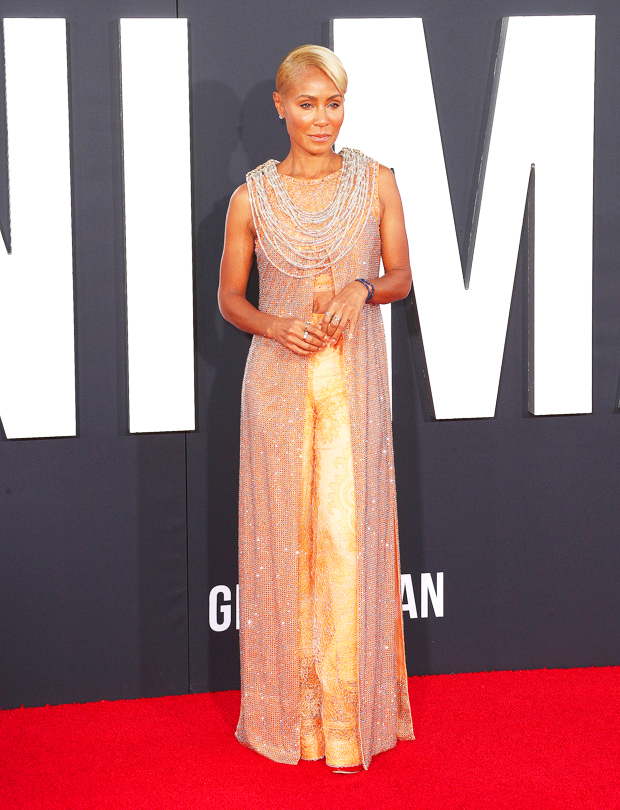 The A-lister wore a mint green sweatshirt with matching pants while posing for the snapshot. She looked stunning as always with a natural makeup look, and finished off her casual chic ensemble with a pair of white sneakers and several gold and diamond bracelets.

The Girls Trip star also debuted a new ‘do in July, so now the Emmy Award-winner has a fresh set of tattoos to go with her new look. Jada took a page from daughter Willow Smith‘s hair handbook and shaved her head, sharing the head-turning results on Instagram. “Willow made me do it because it was time to let go,” she captioned the post, sharing a screenshot of Willow’s Instagram photo of the pair. “My 50’s are bout to be Divinely lit with this shed.”