Not today, sister! James Charles brushed off his haters after he attended a launch party for Kylie Jenner’s Kylie Skin collection amid his supposed break from the public eye.

“I said I wouldn’t be filming for a bit and would pop in on my other socials, point being to focus on living rather than forcing content,” the YouTube star, 20, tweeted on Wednesday, May 22. “Healing for me consists of doing things that make me happy, such as playing with makeup & being social, instead of laying in bed all day.”

Charles went on to defend himself further while also giving an update on his healing process. “Social media is a part of my life and I like keeping up with all of you, and I know a lot of you like keeping up with me!” he wrote. “Posting a few stories of me smiling doesn’t mean I’m ‘better’ or my break was for sympathy it means I’m trying to move on with my life and better myself!”

The former CoverGirl ambassador attended the event on Tuesday, May 21, just days after he told fans in a YouTube video that he planned to “power down as much as I can” when it came to his social media channels.

Charles posted a cuddly pic with Jenner, 21, on Wednesday, adding the caption, “Sisters,” along with a heart emoji. 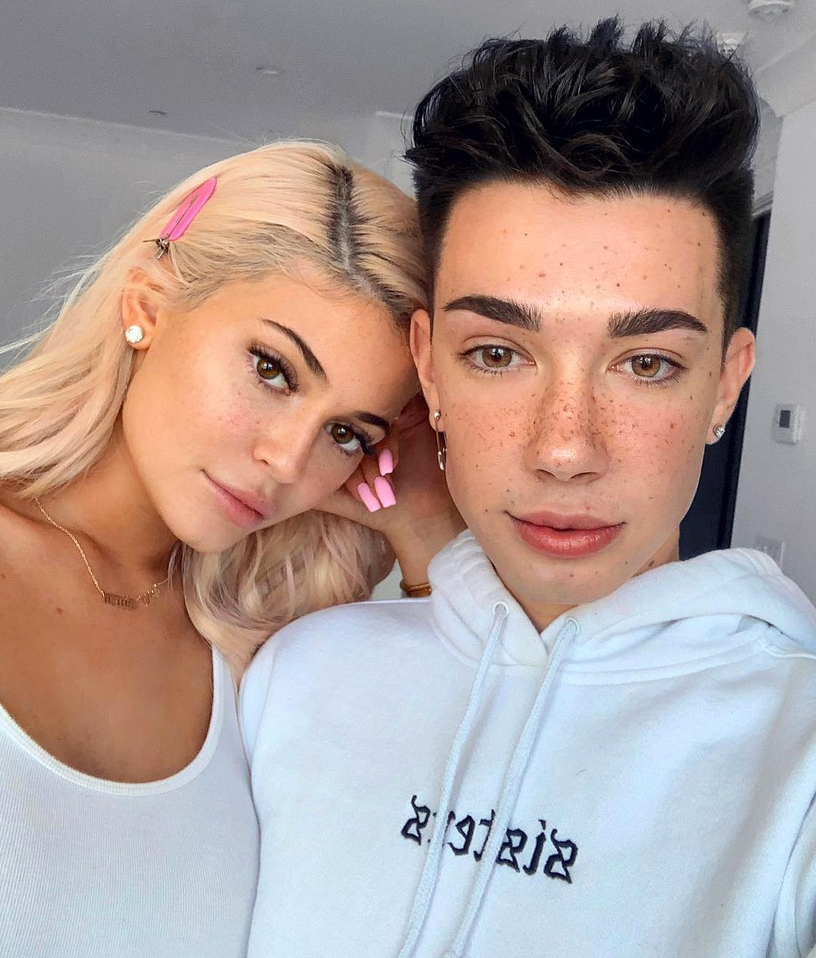 Some commenters were supportive of the makeup guru, though others lashed out. “You just USED AND ABUSED your way to the top,” one Instagram user wrote. “Social Media break? Please your EGO can’t handle it.”

Charles’ self-proclaimed retreat from the spotlight came after he found himself in a nasty feud with his former mentor Tati Westbrook. The 37-year-old makeup artist accused the influencer of manipulation, sexual harassment and other inappropriate behavior in a tell-all video on May 10.

The Alone Together actor fought back with a video of his own on Saturday, May 18, denying the allegations with a series of receipts. Since then, the duo have agreed to table the matter and only discuss it in private.