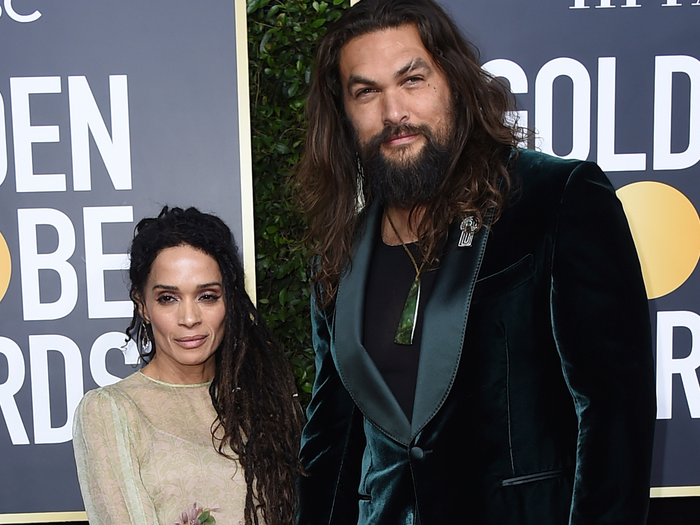 Jason Momoa says that wife Lisa Bonet tried to get him into yoga, but he found it to be too challenging.

"It was the hardest thing I've ever done in my life," the 41-year-old actor said in a cover story for the December 2020 issue of Men's Health. "I'd rather squat a car. Climbing El Capitan would be easier than doing two hours of yoga."

"I can't bend over anymore! My hamstrings are so tight. It's pathetic," Momoa added.

The actor also said that he had a similar experience when he attempted yoga in preparation for his role in the 2011 movie "Conan the Barbarian."

"I was in a yoga class with these older ladies in Topanga and everyone was just holding their arms up and I was like, 'This is so hard!'"

Yoga struggles aside, Momoa is known for roles that show off his physicality.

In his first-ever role, the actor played Jason Ioane on "Baywatch," then appeared on shows like "North Shore" and "Stargate: Atlantis."

Momoa's big break, which earned him worldwide attention, came when he starred as Khal Drogo on HBO's "Game of Thrones." His character was killed off during the first season, but Momoa briefly returned for season two.

Then, the actor joined the DC Extended Universe as Aquaman/Arthur Curry and was a scene-stealer in "Justice League," which was released in 2017. He reprised the comic-book role for a standalone "Aquaman" film released in 2018 and will return for a sequel.

Next, he'll portray a skilled swordmaster and fighter named Duncan Idaho (who he described as "the greatest fighter in the f—ing galaxy") in Denis Villeneuve's star-studded adaptation of Frank Herbert's sci-fi novel "Dune." The movie is currently scheduled to hit theaters on October 1, 2021.