It’s a hotly-anticipated psychological thriller, but for actor Jason Watkins it was a chance to give the most poignant and personal performance of his career.

In The Catch, based on the best-selling novel by The Holiday author, T.M. Logan, Jason harnesses the raw grief of losing his own daughter to play a bereaved father in the tense four-part Channel 5 drama which airs tomorrow.

It was in 2011 when Maude, the two year-old daughter of Jason and his wife, Clara Francis, tragically died from sepsis. Jason found Maude, who had been suffering from flu, dead in her bed on New Year’s Day morning. Despite two hospital visits, her flu symptoms masked the sepsis and she went undiagnosed.

Although the couple are avid campaigners to raise awareness of sepsis and its symptoms, it’s only just over a year ago that Clara has been able to finally watch videos of their beloved daughter and that Jason chose to take on a part which mirrors his own life. In an emotional twist, it is 12 years ago since Maude passed and in the script, 11 years have passed since Ed and Claire Collier’s tragedy of losing their son, Josh.

It’s a hotly-anticipated psychological thriller, but for actor Jason Watkins (pictured) it was a chance to give the most poignant and personal performance of his career 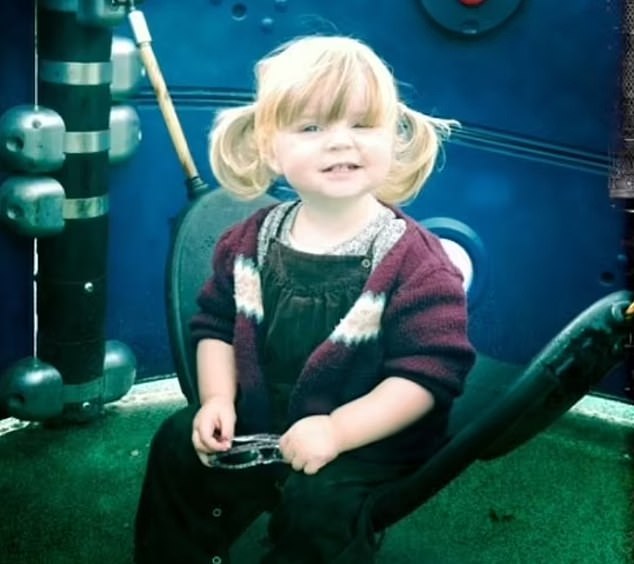 It was in 2011 when Maude, (pictured) the two year-old daughter of Jason and his wife, Clara Francis, tragically died from sepsis. Jason found Maude, who had been suffering from flu, dead in her bed on New Year’s Day morning

‘You are the sum of your past in many ways. We, as a family, lost a child as well, so I understand very much the character Ed’s feelings and that’s one of the reasons I wanted to take the role on because it’s so well mapped out in the series. It’s a painful journey, but you feel as though you have something to share and be able, through a drama, to illuminate what it’s like to be in this difficult place,’ says Jason, who is best known for his BAFTA- winning role in The Lost Honour of Christopher Jefferies and as Prime Minister Harold Wilson in The Crown.

‘As anyone who’s lost a child would say, you don’t want to be a victim, you want to make the loss of your child useful to somebody and that they count. In drama we’re lucky we can explore our feelings, relate them, and by the very process of telling a story reflect on one’s own life and the lives of others who’ve had similar tragedies.

‘My wife and I try and help families reconcile what has happened, and to carry it with them and not bury it. I do a lot of talking to fathers about not burying what has happened and being able to talk about it. So not only is this this is a process sharing and talking to the public, but also of doing this between our characters in the drama.’

In the thriller, Jason, 60, portrays Ed, a proud husband, father and local fisherman who is determined to do whatever it takes to keep his family together. But when rich, handsome younger man Ryan Wilson, played by Peaky Blinders star Aneurin Barnard, starts dating his daughter Abbie (Poppy Gilbert), and threatens to take her away from him, Ed’s life spirals out of control. What’s more, he is harbouring a dark secret which returns to haunt him.

‘He’s perceived as being closed off which he is, because he’s been hiding all his feelings about their son Josh who died and has bottled all those emotions up, which often happens,’ says Jason, who dedicated his 2015 BAFTA award to Maud and is a patron of Child Bereavement UK.

‘In all the work I do with other families who’ve lost children, my experience is that it’s often the male who finds it hard to share and closes down. Ed has that underlying problem anyway, as well as being unable to share a secret with his wife. No wonder Claire is infuriated and frustrated, and their marriage is really in trouble.

‘People do need to talk, however difficult and painful it is, with somebody – somebody close, or somebody who is not close – because keeping it bottled up inside will arguable destroy you, and crucially, the people around you. And this is what this drama is about as well.’ 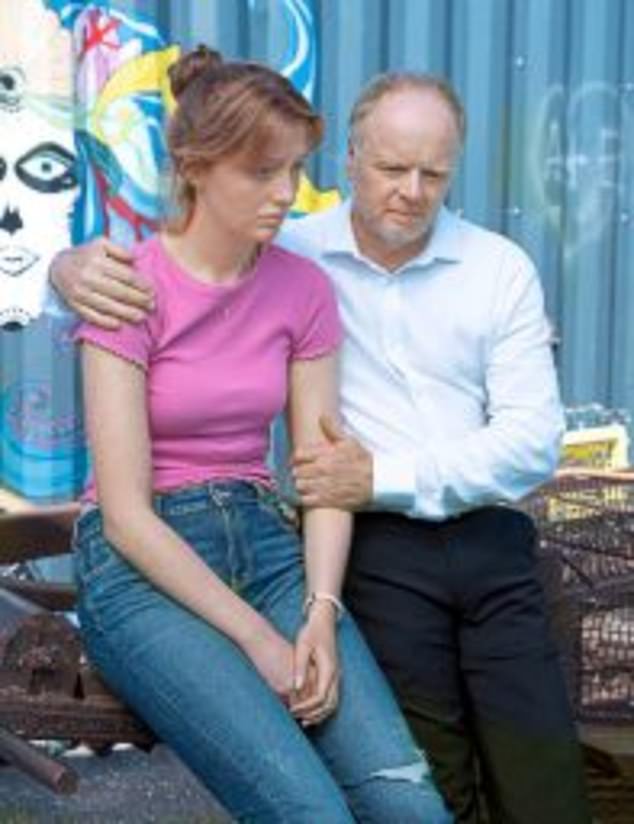 In the thriller, Jason, 60, portrays Ed, a proud husband, father and local fisherman who is determined to do whatever it takes to keep his family together. He is pictured as Ed alongside Abbie in Episode 3 of The Catch 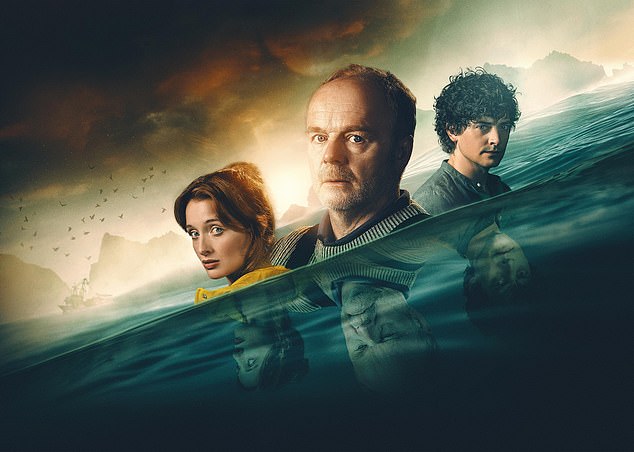 But when rich, handsome younger man Ryan Wilson, played by Peaky Blinders star Aneurin Barnard, starts dating his daughter Abbie (Poppy Gilbert), and threatens to take her away from him, Ed’s life spirals out of control

Set against the hauntingly beautiful coastline of the south-west of England, this suspense-driven drama revolves around the themes of toxic masculinity and grief. Although Ed is an average man, you only have to tap the surface to exposes a torrent of turbulent emotions, which his wife Claire, played by Cathy Belton, achieves. ‘

‘There’s a lot of turmoil beneath the surface of anyone who’s had this sort of trauma and he’s tested all the way,’ explains Jason, who is filming a documentary for ITV later this year, about sepsis and child bereavement in which he talks about his own heartbreak.

‘When people hit a crisis in their lives it’s often a combination of issues. You can deal with one problem and decide how to solve it, but when you have several, that’s where people struggle and can lead to crisis areas. That’s what’s happening with Ed. One has to try and separate the problems, and then you’re able to deal with them. Sometimes when there’s a crisis, you have to let life carry you along.’

‘There’s a scene where Claire is very caring of Ed, who’s become consumed with his problems and forgotten everybody else. He’s stopped reaching out for help and has imploded, which is what happened when their son Josh died. We inserted a line for Claire where she says, “Well, I lost a child too, don’t forget.” That’s really important.’

Irish actor, Cathy, 53, agrees: ‘ I find those scenes that we have together, where we have to talk about our child, was almost impossible to bear looking at Jason.

It’s an emotional-engaged drama which also raises pertinent moral questions, such as should we be judged by the actions of our distant past and at what point do we have to stop blaming other people for the life we’ve led?

‘I’ve always loved thrillers and The Catch has all the ingredients to keep audiences hooked. Three dimensional characters, a family unit under stress, with a tragedy at the heart – all brilliantly framed in the thriller genre. I’m always looking for parts I may not have played before and Ed is a person in extremis, trying to do what’s best. Failing and succeeding in equal measure.’