Jeffree Star woke up on January 7 to calls and texts about the trending rumor that he’s ‘sleeping’ with Kanye West. He addressed the situation in a lengthy YouTube video.

As you likely guessed, the evidence-free rumor that Kanye West cheated on Kim Kardashian with Jeffree Star is untrue. The popular YouTuber and beauty guru, 35, took to his channel on January 7, to squash the “dumbest sh*t I think I’ve ever read in my life” — a.k.a., that we was sleeping with a man who he’s “never hung out with.” Jeffree even suggested that the rapper’s mother-in-law, Kris Jenner was behind the trending rumor, which sounds just as crazy as the rumor itself.

“Let me just say this one time for any news outlet, I like very tall men. Me and Kanye have never hung out and this whole thing is really funny,” Jeffree said in the 23-minute video, which eventually delves into his usual beauty content. “So, I guess if this is the start to my New Year, then Happy New Year… I really can’t and if Kris Jenner orchestrated this whole thing, Happy New Year sweetie girl,” he said, confirming once more that “Jeffree Star is single and I’ve never slept with Kanye.” 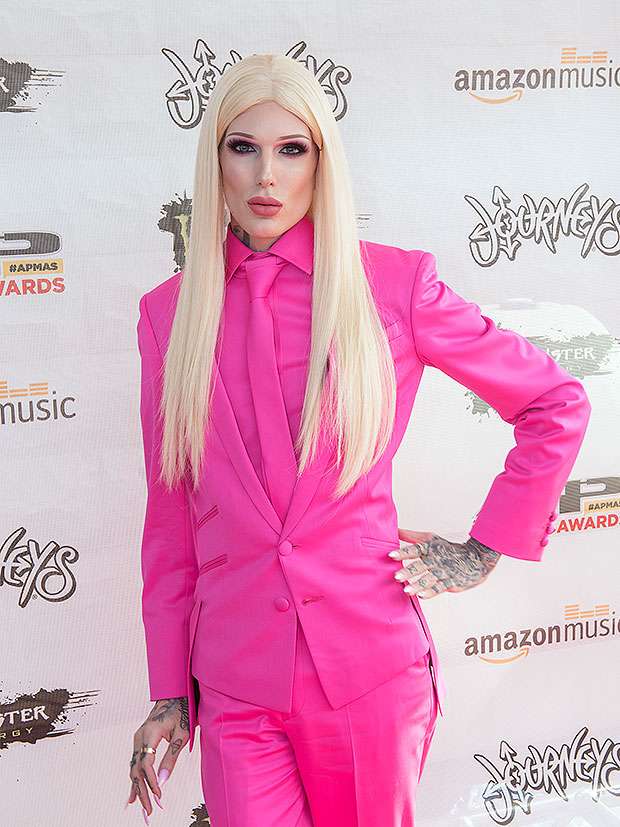 Jeffree started the video by recalling how he found out about the rumor. “I guess, allegedly Jeffree Star has been sleeping with Kanye West and that’s why they’re getting a divorce,” he said in reference to Kanye and Kim, who’ve already been in the news over their troubled marriage. “I woke up and my phone was blowing up, and I was like, ‘Oh my God, what in the scandal is going on today?’ I honestly had no idea, right. I’m keeping to myself, I’m living in this beautiful state [Wyoming], I’m loving life.”

The Internet personality continued, “I get a million texts, phone calls, news outlets… I’m scrolling on the internet and I think I read the dumbest sh*t I think I’ve ever read in my entire life,” Jeffree said, before reacting to news headlines about the baseless rumors. “I can’t and then I was like how did we get to this moment, like how would this be made up — because we both live in the state of Wyoming?”

Jeffree recently moved to Wyoming, which he later explained was due in part to launching businesses in the low-populated state. Meanwhile, Kanye, who owns a home and acres of land in the state, has reportedly been spending time in Wyoming amid his rocky relationship with Kim.

Jeffree went on to explain how the rumor actually got started. He said that it began when a TikToker shared a video about “having tea” that Kanye was hooking up with a popular beauty guru.” Again, he confirmed that he’s “single” and “not sleeping with anyone.”

“Now I get why people are really laughing about this, because in an old song of mine from 2009 called “B**ch Please” I say a line about Kanye but it was very like Eminem because I mentioned like 50 celebrities and I say bunch of crazy sh*t, and people are going on about that. Then, one time, I went to a Kanye concert with some other rappers and people are mentioning that as well,” he explained about fan-theoriesthat swirled around the internet in an attempt to piece together the wild rumor. “Y’all have too much time on your hands, b**ch.”

Jeffree went on to explain why he moved from California to Wyoming. “I didn’t officially move forever,” the CA native, who was born and raised on the west coast, where Jeffree Star Cosmetics is headquartered. “I’m not going anywhere, I’m spending half the year here… It’s amazing here, it’s the least populated state in all of America and it is really peaceful and quiet here,” Jeffree explained, noting that he’s opening businesses in Casper, Wyoming.