Jennifer Aniston is one of Hollywood’s biggest stars, a television icon who later achieved movie stardom. Although Aniston has often made headlines due to her rocky personal life and multiple marriages, she has always preferred to keep the focus squarely on her body of work. Aniston is good friends with many Hollywood heavyweights, including Sandra Bullock, another actor who rose to fame in the nineties. Fans love Aniston and Bullock’s friendship, and recently, a hilarious interview resurfaced, where Bullock can be seen dropping in on Aniston and Dolly Parton, while they promoted their Netflix project Dumplin.’ 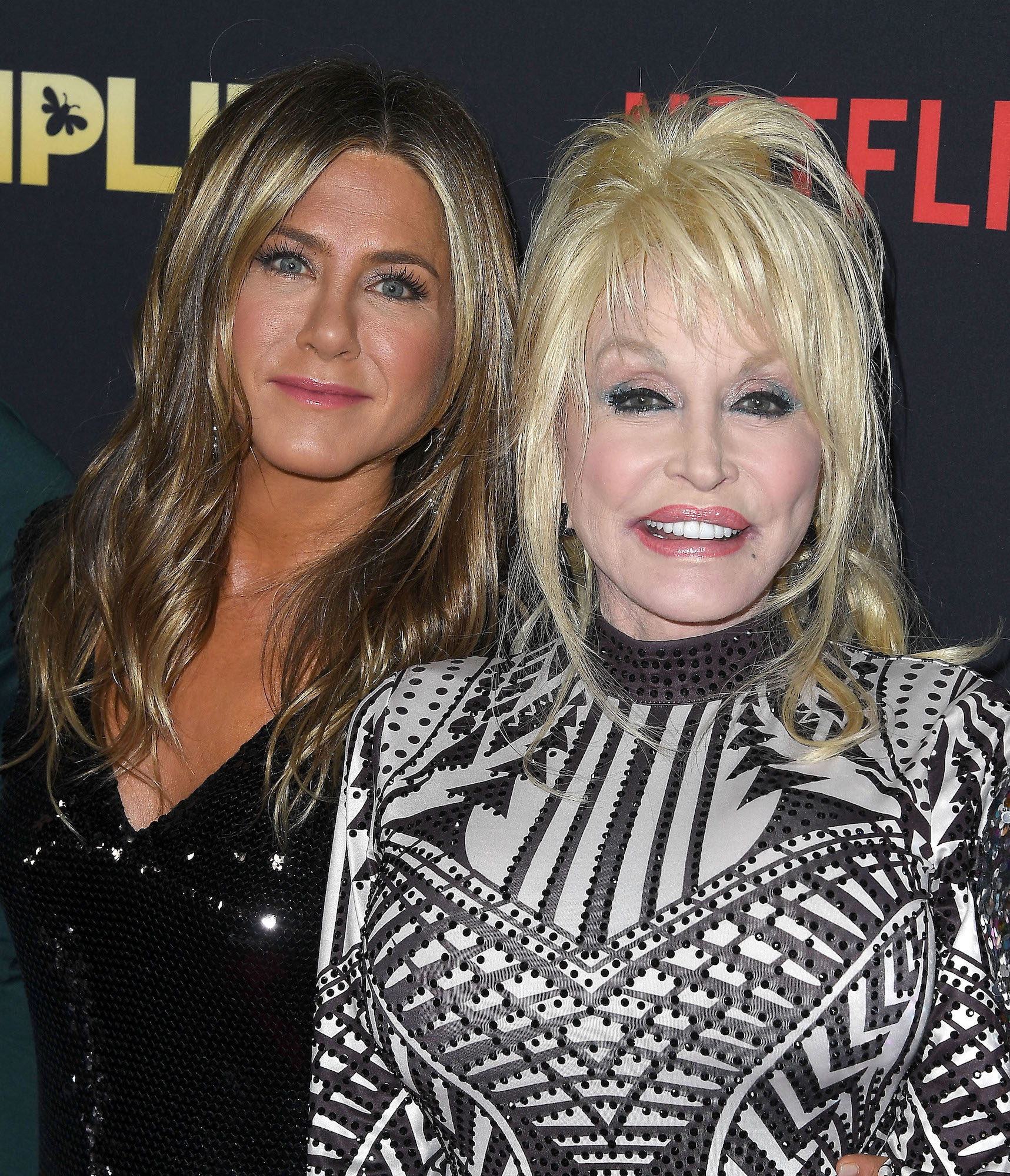 Jennifer Aniston and Sandra Bullock have a lot in common. They both became famous in the mid-nineties, with Aniston achieving success after her television series Friends became a smash hit. Bullock became a star after she was featured in the popular action movie Speed, opposite Keanu Reeves. Both women have been widely speculated about in the media, primarily due to their romantic relationships with various men.

As reported by Us Weekly, the two actors have “similar outlooks on life” and became fast friends a number of years ago, commiserating over what it is like to be a woman in Hollywood. The publication claims that the two women get together frequently, but manage to keep their friendship mostly out of the spotlight, enjoying a lot of “low-key” dinner parties and get-togethers.

How did Jennifer Aniston manage to work with Dolly Parton?

Along with Sandra Bullock, Jennifer Aniston can count Dolly Parton as one of her good friends. Parton, a country music legend and icon, collaborated with Aniston in 2018, for a Netflix film titled Dumplin.‘  The film tells the story of a teenager named Willowdean “Dumplin’” Dickson, who has a problematic relationship with her mother, a former beauty queen with unrealistic expectations for her daughter, played by Jennifer Aniston. Willowdean is devastated after the death of her Aunt Lucy and turns to the music of Dolly Parton to help her cope with her struggles.

Parton was originally contacted for the project in order to grant the rights for the use of her music, but she ended up loving the project so much that she wrote a handful of original songs just for Dumplin.’ Parton also participated in promotions for the film, which is why she was on hand when Sandra Bullock crashed a joint interview that Parton did with Jennifer Aniston.

In a 2018 interview with Access Hollywood that recently resurfaced on Twitter, Jennifer Aniston and Dolly Parton were talking about Dumplin’ and how well the movie has been received by fans when Sandra Bullock walked up to the two women with a tray full of cocktails and tequila shots. Everyone was visibly excited to see each other, with Aniston and Bullock even exchanging a sweet peck on the lips. The women shared tequila shots and laughs for close to a minute before Bullock reluctantly decamped and left Aniston and Parton to resume their interview.

Recently, the adorable interview went viral on Twitter, and fans reacted on social media with astonishment and joy, with many saying the sweet interaction made their week.