Ronnie Ortiz-Magro’s Ups and Downs Through the Years

The 35-year-old Jersey Shore: Family Vacation star, who stepped back from filming the MTV show in May amid his arrest drama, proposed to Matos in Los Angeles on Saturday, June 19.

“I love you 💕 Thank you for sticking by my side through thick and thin! Til death do us part! #SheSaidYes,” the TV personality wrote via Instagram on Monday, June 21, alongside a photo of the pair’s romantic beachside engagement.

The happy news came just weeks after the couple revealed that they were still going strong amid Ortiz-Magro’s legal troubles last month. The duo shared a series of photos together via Instagram on May 31, which the reality star captioned with a GIF that read, “wifey for lifey.”

One month prior, the Jersey Shore alum was arrested for domestic violence in Los Angeles on April 22, and was later released after posting a $100,000 bond. An insider confirmed to Us at the time that the incident did not involve his ex-girlfriend Jen Harley, with whom he shares daughter Ariana. The toddler was in Ortiz-Magro’s care when the alleged altercation occurred. 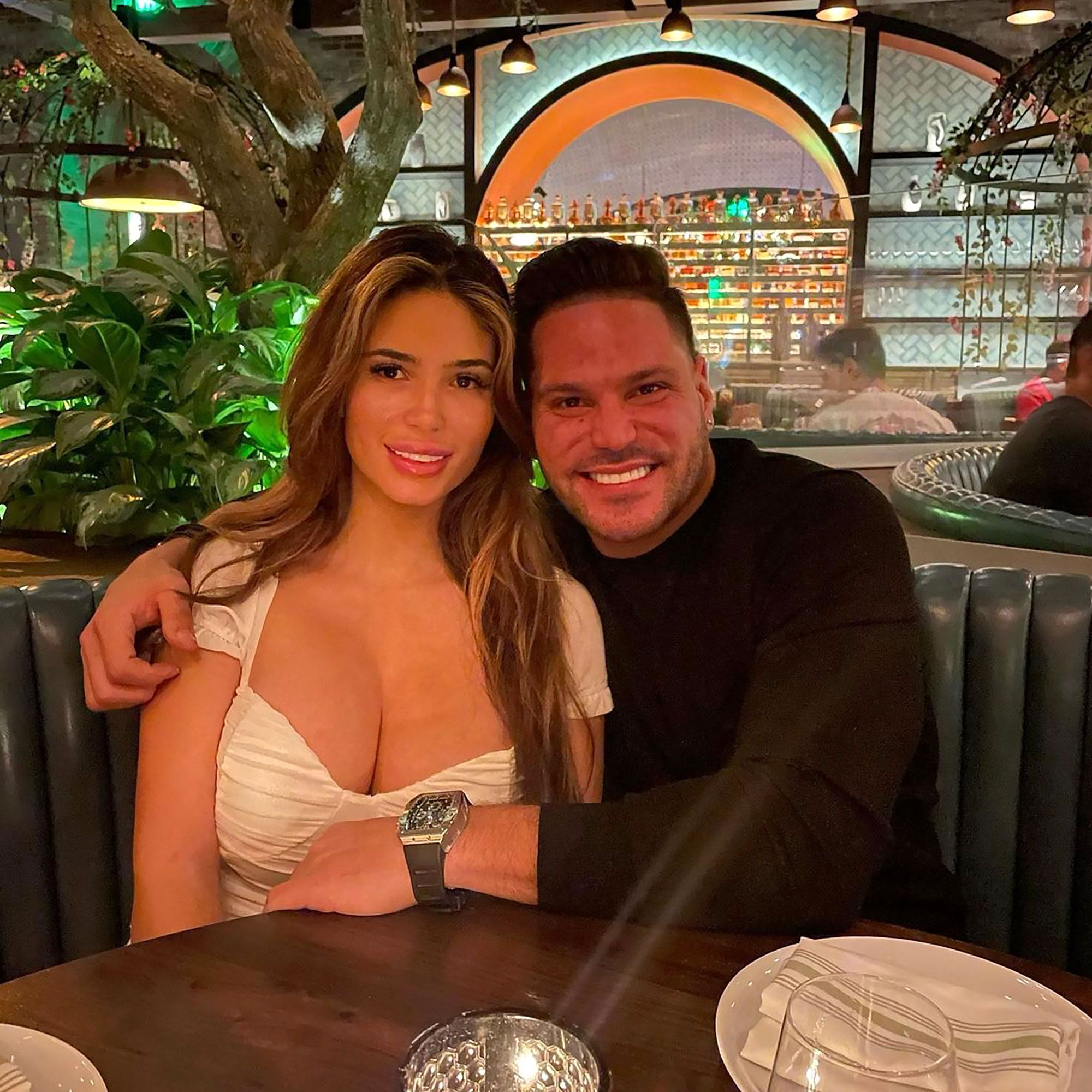 Following his release, the reality star spoke out about his arrest on social media.

“I am grateful for all of my real friends,” he wrote via his Instagram Story on April 26. “Being by myself the last few weeks — I take all experiences as lessons.”

‘Jersey Shore’ Cast, Then and Now

He continued: “You learn who really cares about you when your [sic] down and out and than [sic] you see who doesn’t! But I guess they call it the weeding process. Thank you to my real friends who haven’t left my side and haven’t betrayed me.”

Matos showed support for the MTV personality on social media after his arrest.

“Ronnie and I are fine,” the eyelash technician wrote via her Instagram Stories on April 26. “There is a lot of misleading information floating around out there. With anybody who reached out with concern I appreciate it with all my heart, but everything that’s being portrayed out there are not facts. I don’t think it’s fair that people are using false accusations to gain attention.”

“Please leave Ron and I alone,” she concluded her post. “You don’t know what someone is going through at the end of the day. Don’t believe everything you hear or read online. I’d appreciate privacy please. Thanks for all your support.”

Matos and Ortiz-Magro announced their relationship in November 2020 when the pair went Instagram official with a photo of them kissing on a beach.

Celebrities Who Got Engaged in 2021

The New York native later exclusively told Us that his girlfriend was “special” to him and that the couple had a “strong connection and bond.”