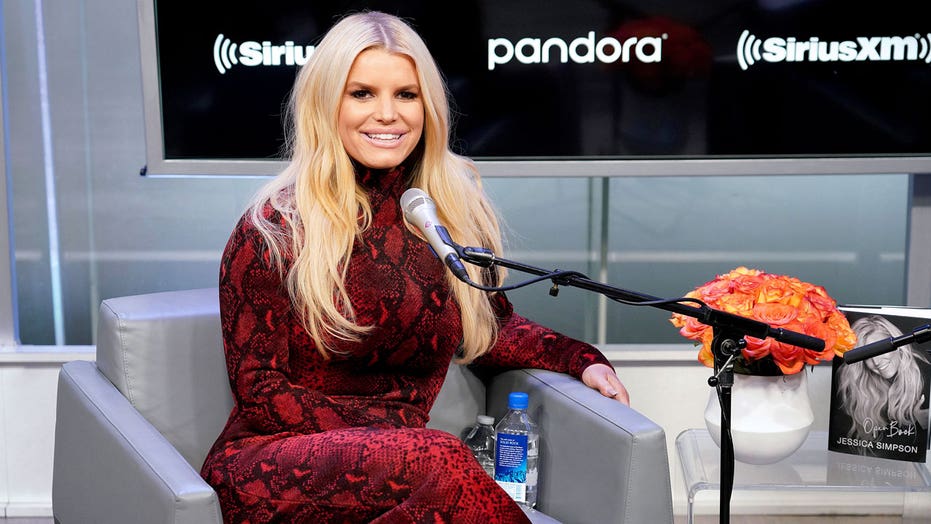 Jessica Simpson revealed her latest song about addiction helped heal a “broken piece” of her.

Simpson, 41, made her musical comeback Thursday by releasing a cover of “Particles” by Nothing But Thieves. The song was originally released in 2017. Simpson’s rendition was accompanied by a music video.

“The whole idea of music heals is an honest truth to me,” Simpson said in the caption of her Instagram post sharing the music video. “This song saved a broken piece of me.”

The music video features Simpson singing the song alone in a candlelit room.

Simpson has been candid about her issues with alcoholism in the past.

The musician admitted during an appearance on the “Today” show in 2020 that she used to carry around a glitter cup “filled to the rim” with alcohol before she got sober.

“I completely didn’t recognize myself,” she said at the time. “I always had a glitter cup. It was always filled to the rim with alcohol. I just realized that I had to surrender. It was time. I had to give it up and I was ready. I’m not going to miss another day.”

Simpson also opened up about her alcohol and drug use in her memoir, “Open Book.” She revealed she made the decision to get sober in 2017 after she realized she was too “zoned out” to help her children get ready for Halloween.

Simpson says she turned to drugs and alcohol after being sexually abused by a family friend.

“It would start with tickling my back and then go into things that were extremely uncomfortable … I was the victim, but somehow I felt in the wrong,” Simpson said in an excerpt from the memoir shared with People magazine.