Meghan King Edmonds‘ husband, Jim Edmonds, spoke exclusively to Us Weekly about allegations he cheated on the former Real Housewives of Orange County star, insisting that he “never touched” the other woman.

“These are such false allegations, what a joke,” the retired baseball player, 48, told Us on Friday, June 15. “It’s amazing what people can make up. This chick was mad at me for turning her down.”

A day earlier AllAboutTheTEA.com claimed that Jim had cheated on his second wife, Allison Jayne Raski, with a woman before they split in 2014 and then reconnected with the woman in March 2018, when Meghan, 34, was pregnant with the couple’s now 12-month-old twin sons, Hart and Hayes. The couple also share daughter Aspen, 2. 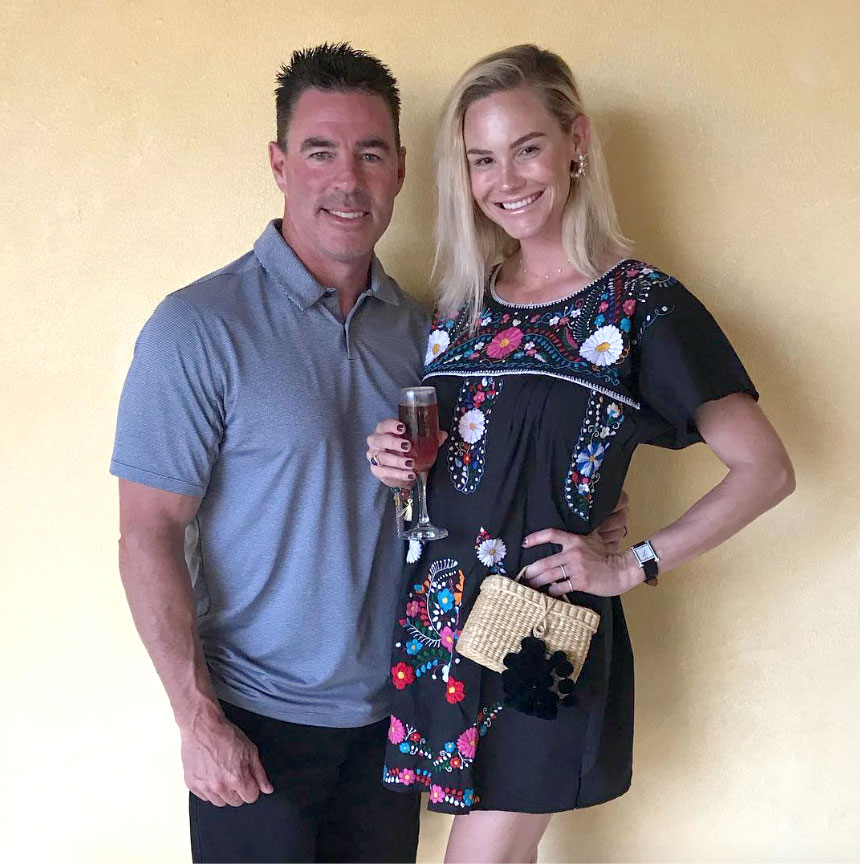 “I did send the texts, which was wrong,” Jim admitted to Us on Friday. “But I never touched this girl or ever met her until — I met her once for one minute underneath the stadium in Atlanta to find out why she wanted to set me up and was threatening to say we had an affair. For no reason other than for me to give her money.”

Meghan spoke of her devastation over the infidelity allegations in an emotional blog post on Friday. “I don’t trust him anymore,” the Bravo star wrote in a post titled “I’m Sad.” “Physical or not, he still had an affair and he admits this to me.”

“I sob so much my face stings from the salt from my tears,” she added.

Jim, who told TMZ in a video posted on Saturday, June 15, that he and his wife are “doing good” amid the scandal, told Us on Friday that he is “deeply sorry for hurting my wife and family,” adding, “my actions don’t change what kind of person I am.”

In an earlier statement to Us on Thursday, June 13, Jim admitted to having “a lapse in judgment” in his interactions with the woman, but insisted that he “never had any sort of a physical relationship outside of my marriage with her or anyone else.”

“I engaged in an inappropriate conversation with this person,” Jim told Us exclusively. “At no time was there any type of relationship or physical contact. Absolutely none. This is someone trying to profit from my name. I am aware she has done this to others in the past.”

“Clearly, I made a very poor decision to expose myself and my family to this type of person. For this, I am truly sorry and sought forgiveness from my wife,” he continued. “I’m outraged over the intent to ruin my family and intend to take legal action. We were never having any problems in our marriage. My attorney is in possession of documents wherein this person has admitted fabricating large portions of her ‘story.’”

With reporting by Brody Brown and Travis Cronin