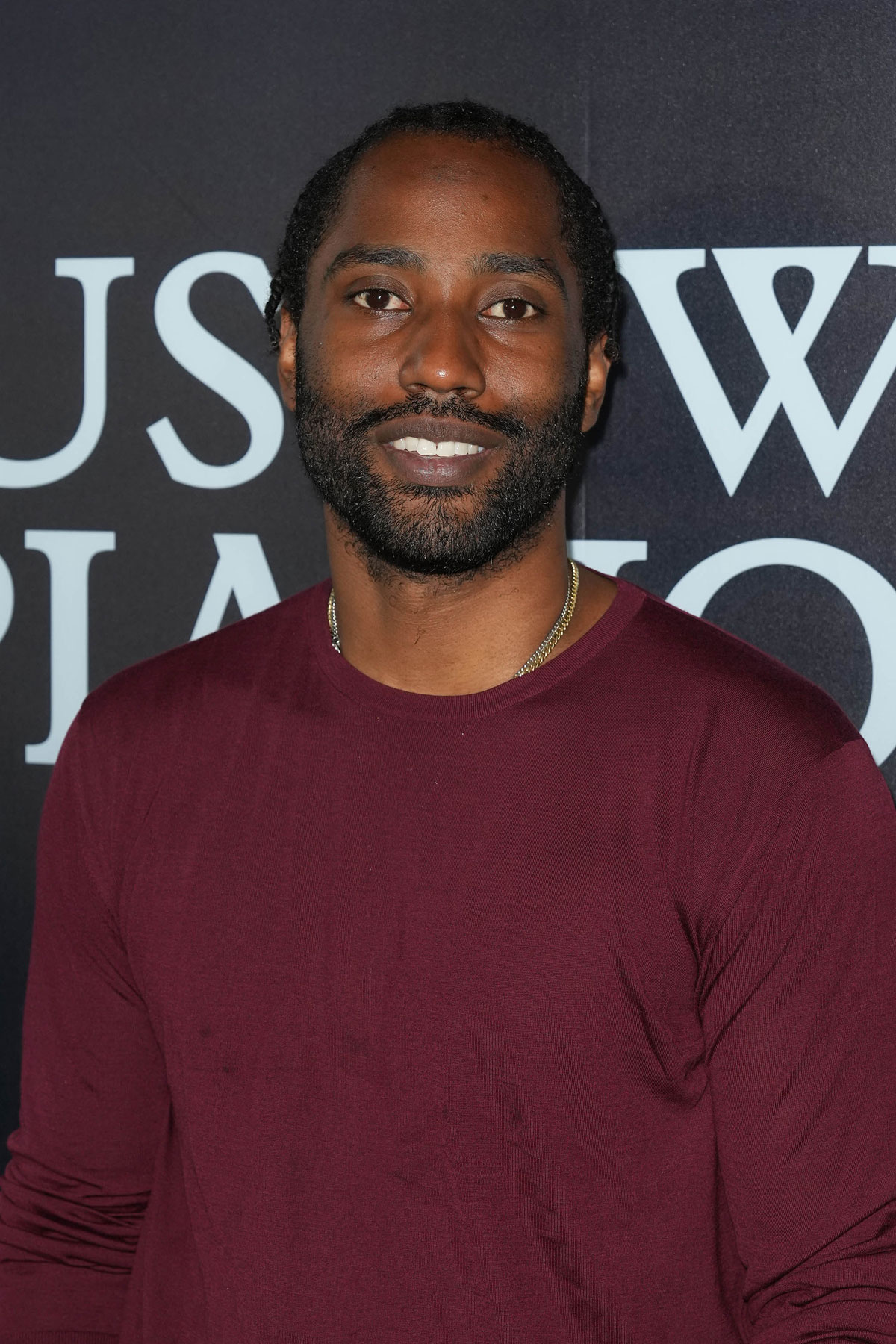 John David Washington’s latest movie, Amsterdam, premiered on Friday. I haven’t seen it, but have seen the trailer and it looks like he and the other two leads, Margot Robbie and Christian Bale, have great chemistry. John David is making the promotional rounds for the film and as such appeared on CBS Sunday Morning, where he talked about his acting career, his initial choice to pursue a pro football career, and of course, being Denzel’s son, which he realizes is his inescapable identifier.

Despite carving out his own Hollywood success in films like Tenet and BlacKkKlansman, John David Washington knows that any story about him (including this one) will inevitably identify him as “Denzel’s son.” It’s something the 38-year-old Amsterdam star, the eldest son of actors Pauletta and Denzel Washington, has finally made peace with, he tells CBS Sunday Morning’s Kelefa Sanneh in a new interview.

“I have to understand I could have the best game, career … the headline’s always going to be what it is,” the football-player-turned-actor says. “So to try to prove something to somebody is a fool’s errand.”

But the younger Washington at first resisted following in his parents’ acting footsteps.

“My mother is an extremely talented artist, and my father is one of the greatest of all time. He’s my favorite actor,” says Washington, adding that the idea of going into acting seemed “intimidating” given the inevitable comparisons that would come.

“It didn’t seem as simple to just pursue it,” he says of his deciding to make his mark not as an actor, but as a college football star. Choosing to keep his acting dreams under wraps “because of who I’m related to” Washington instead threw his energy into playing for Morehouse College and, later, the United Football League.

“What motivated it, really, is independence — was my own name, was being able to carry my own weight in my life, even though I was hiding what I really wanted to do,” says Washington, who was also signed by the St. Louis Rams as an undrafted free agent. “It gave me an identity.”

In addition to that identity, Washington says he “felt football would change that narrative” of being the son of a certain two-time Oscar winner. Spoiler: It did not.

His father’s superstardom also cast a shadow over his football achievements, says the Malcolm & Marie actor. He recalls a headline early on his college career as a running back.

“I had a great game and [read] ‘Denzel’s son runs for this many yards and this many touchdowns,’” he says. “I realized then it was inescapable.”

Washington got his breakout role in the series Ballers, which he admits reading for just to get some audition experience under his belt. He’s now making his Broadway debut in August Wilson’s The Piano Lesson opposite old family friend Samuel L. Jackson, and says his parents are frequent audience members. “I get notes from them too,” he says.

And while Washington is hopeful that one day he’ll have his own child to carry on the Washington name, he doesn’t waste time wondering if he’ll ever eclipse his famous father’s legacy.

Admittedly, I do describe him as Denzel’s son when talking about him or his movies to people with less knowledge of celebrity gossip. It’s like a fun fact and then people are like “oh, Denzel’s son is hot” (he is) or “Denzel’s son is a good actor” (he is). But I can see how it would suck a bit to be known that way when you’re trying to make your own way and it makes sense that he was driven to pursue football at first to separate himself and his talents from his famous and talented father. That story about the college football headline particularly sucks. I could see mentioning it in the article as a tidbit, but having it there in the headline, but have been so disheartening and that’s when John David realized that no matter what he did, being known as Denzel’s son would be “inescapable.” But I believe he still didn’t really pursue acting until his Achilles injury ended his football career. As an aside, the fact that he played pro football means unlike many other celebs, his height is accurate and contextualizes the heights of his co-stars. And while his football background and physicality makes his action roles very convincing, it seems John David is carving out an interesting and varied career for himself and I can’t wait to see what he does next. 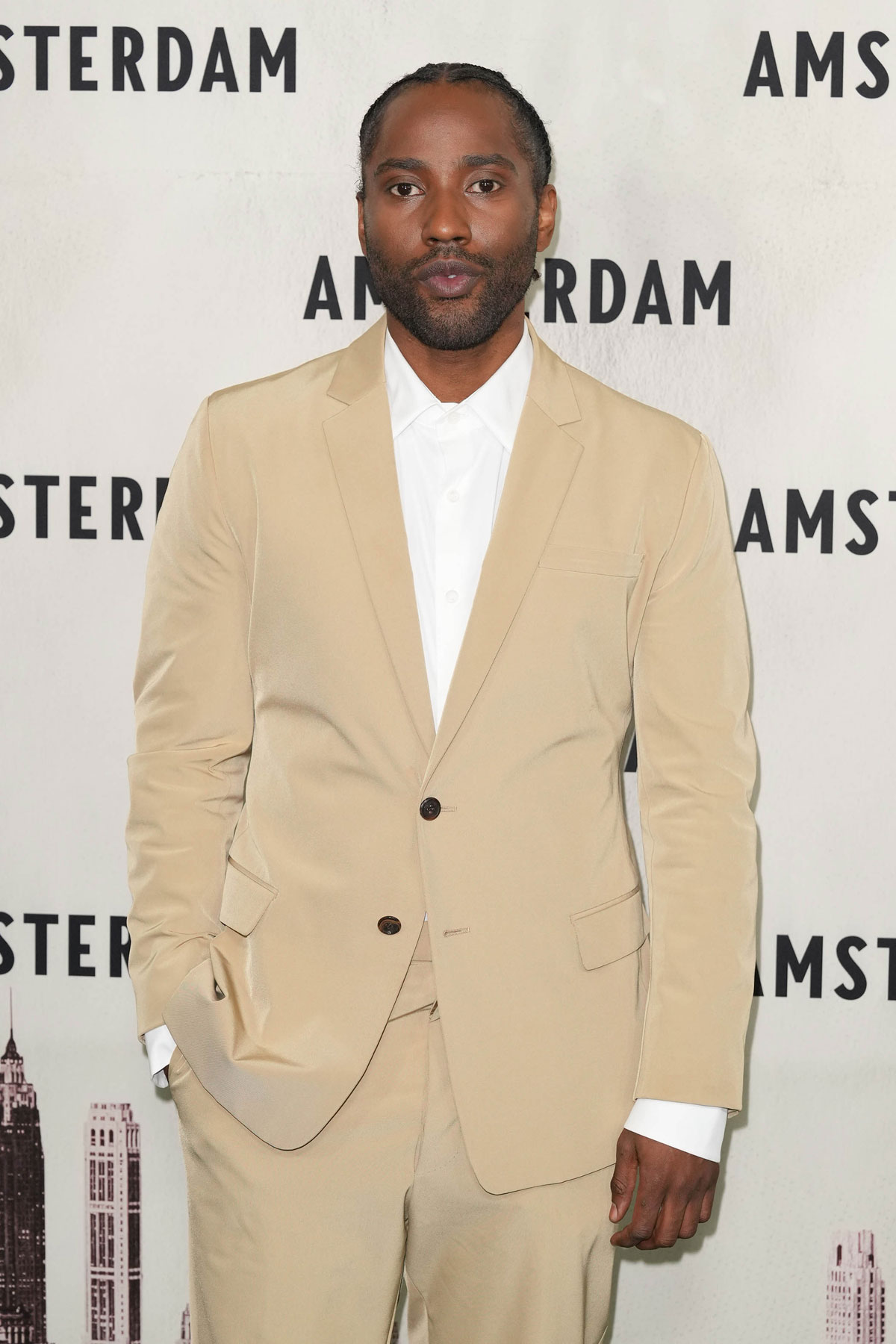