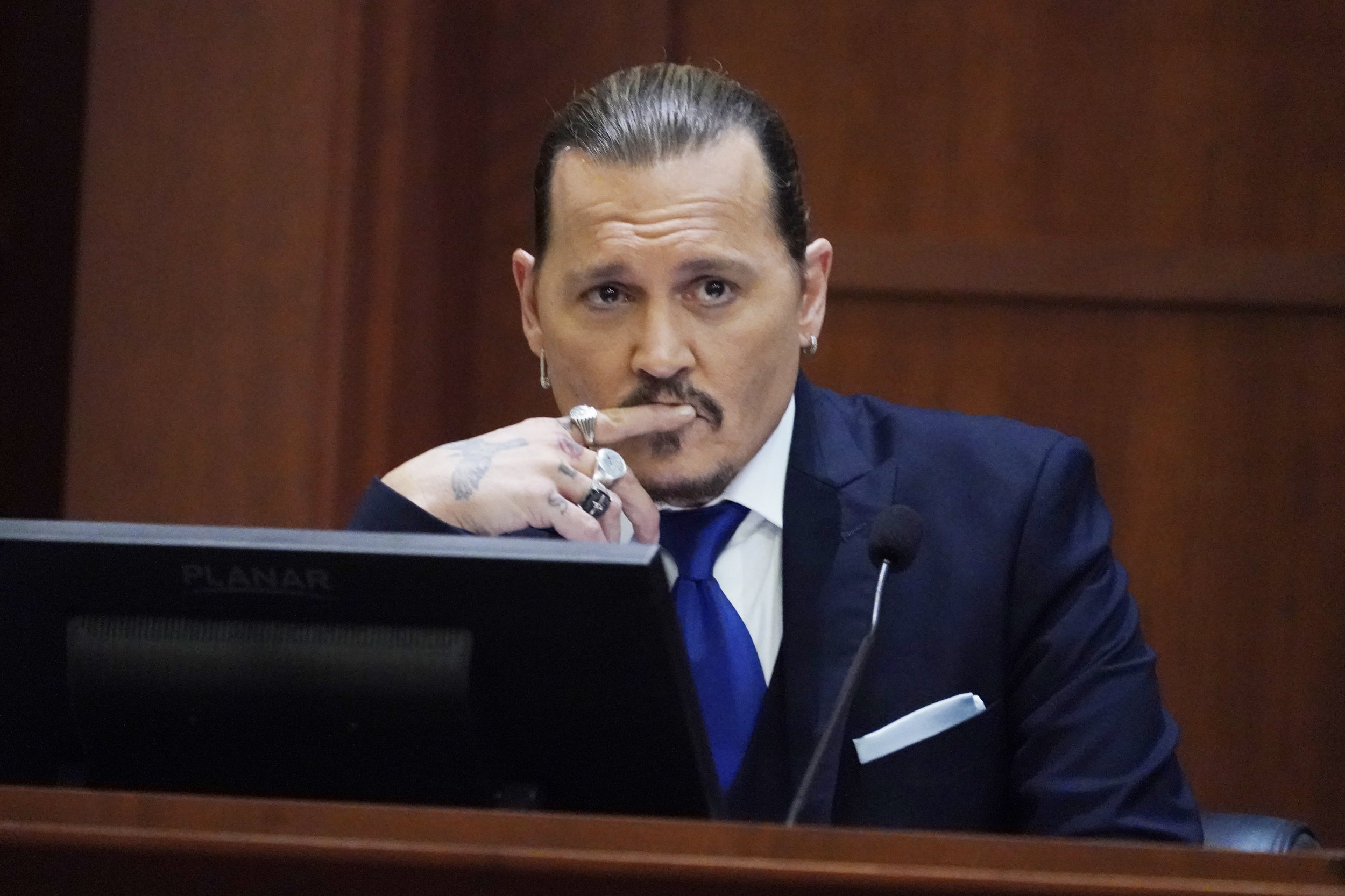 Johnny Depp feared a ‘bloodbath’ with ex-wife Amber Heard if they didn’t separate, the court heard in audio of an argument between the formerly married couple.

The explosive trial between the two continued in Virginia on Monday, with Pirates of the Caribbean actor Depp suing Heard for libel over a 2018 article the Rum Diaries actress published in The Washington Post that discussed her experience with domestic abuse.

Depp, 58, was not named in the article but his lawyers argue that the article falsely implies Heard was physically and sexually abused by him when they were married. The actor is seeking $50million (£39m) in damages, while Heard, 36, is counter-suing him.

Monday’s court hearing opened with the jury being played an audio clip of an argument between Depp and Heard; the Fantastic Beasts actor returned to the stand for continued cross-examination by Heard’s lawyer Benjamin Rottenborn.

In the clip, Depp is heard saying: ‘Walking away is necessary, especially between you and I. It’s of utmost importance.

‘The next move, if I don’t walk away, it’s just going to be a bloodbath. Like it was on the island, it’s not worth it. Why be miserable, can we just have some understanding?’

Heard then says that she would ‘obviously’ choose to walk away if given a choice between that and a ‘bloodbath’.

Depp replied: ‘Then why has it [a bloodbath] been chosen so many times?’

Heard’s lawyer Rottenborn told the court that the term ‘bloodbath’ has come up previously during the trial.

On March 12, 2013 Depp texted Heard: ‘Just thought you should know there exists a book titled Disco Bloodbath, that’s all.’ It was in reference to a 1999 novel written by James St. James about a murder among his circle of friends.

Heard responded to the message: ‘We need that book! Is it about last Friday night by any chance?’

Depp replied: ‘How can you make me smile about such a hideous moment. Yes it is. Funny bi**h. I fu**ing love you, c**t.’

The court heard another audio clip, in which Heard told Depp: ‘You wouldn’t have used that as a way to hit me. I was pouring my heart out to you, what do you do?

‘You do without thinking. Throw a swing when you can. What better than when I’m on the floor because that’s when it’s really good to hit someone.’

When asked about it in court, Depp said: ‘I think that was another grossly exaggerated moment of Miss Heard. I didn’t put a cigarette out on her.’

Another audio clip featured Heard telling him how she would ‘cry in my bedroom after I dumped you a week prior after you beat the s*** out of me’.

Depp replied: ‘I made a huge mistake. I won’t do it again.’

Rottenborn challenged Depp on another faint clip, asking: ‘You heard Miss Heard say get off me?’

However, Depp responded: ‘[I heard] distant screaming and I’ll talk to you later.’

In a text message which Depp reportedly sent to his agent, Christian Carino, on August 15, 2016, he allegedly wrote: ‘She will hit the wall hard!!!!

‘I can only hope that karma kicks in and takes the gift of breath from her.’