New home, who dis? Three months after Jordyn Woods moved out of Kylie Jenner’s house following the Tristan Thompson cheating scandal, the model is settling into her own place.

Woods, 21, showed off her new, nearly empty home via Instagram on Saturday, May 18. “Finally my first piece of furniture arrived,” she captioned a picture of herself sitting on a gray-colored couch. “Designing homes is such a task but I’m having the best time doing it. What are some of your house hacks and favorite companies?”

finally my first piece of furniture arrived! designing homes is such a task but I’m having the best time doing it ?? what are some of your house hacks and favorite companies?

The social media influencer packed her bags and left the 21-year-old Lip Kit creator’s Los Angeles mansion in February, multiple sources confirmed to Us Weekly at the time. Woods’ departure came days after she was caught kissing Khloé Kardashian’s then-boyfriend, Thompson, 28, at a party in L.A.

The SECNDNTURE founder later admitted to smooching the NBA player at the bash, but asserted that the pair never slept together. Kardashian, 34, subsequently ended her relationship with the Cleveland Cavaliers center, with whom she shares 13-month old daughter True, and a major strain was put on Jenner’s friendship with Woods. 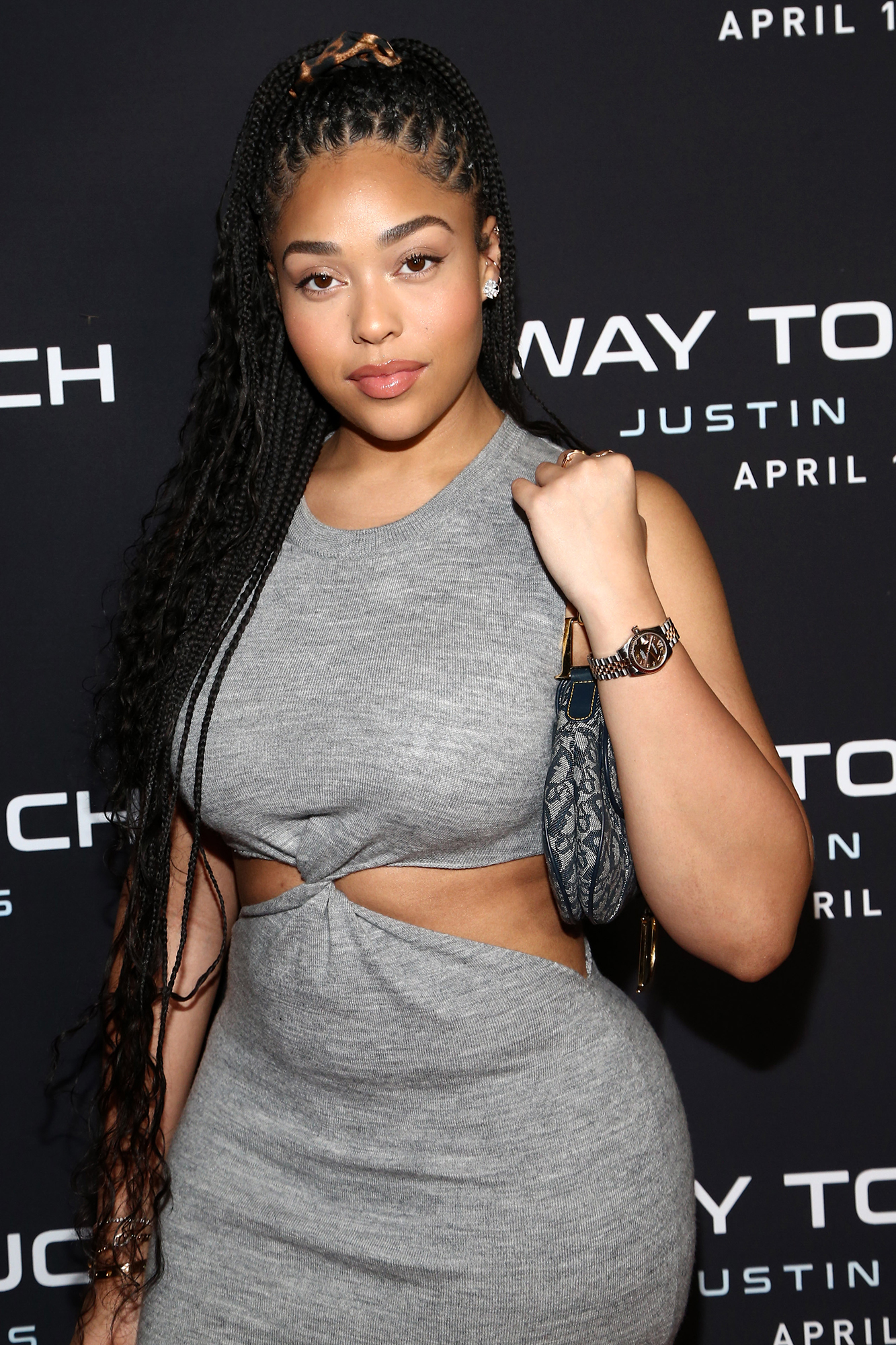 However, a second source told Us in April that the former best friends’ relationship may not be over for good. “Jordyn and Kylie will always share a special bond,” the insider explained. “They’ll rekindle their friendship slowly, but it’s going to take some time and healing.”

Woods later told TMZ that she will “have love” for the Kylie Cosmetics CEO “always.” The model’s mom, Elizabeth Woods, reiterated her daughter’s sentiment: “We love you, Kylie.”

Kardashian, for her part, has been recovering from heartbreak. “[Our split] does f–king suck. It does,” the Good American cofounder admitted on the “Divorce Sucks With Laura Wasser” podcast earlier this month. “Tristan and I broke up not too long ago, so it’s really raw. And so those emotions could be heightened at times.”

However, the Revenge Body host tries her best to keep True away from the “heavy energy” of the situation because the baby “feels” what is going on around her, even though she “doesn’t really know what’s happening.”