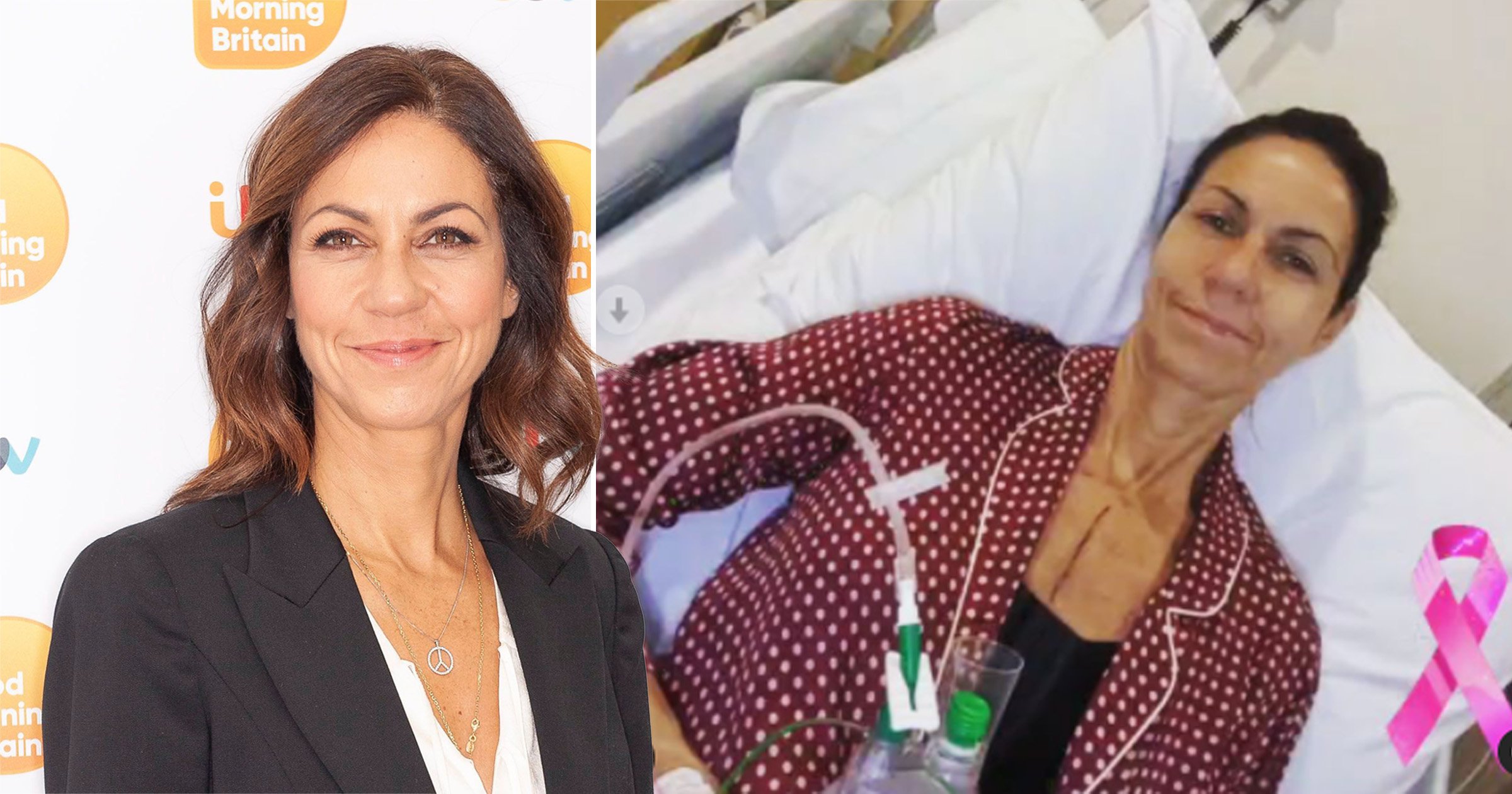 Julia Bradbury has shared her first photo since undergoing a mastectomy and admitted she felt ‘relief’ after the surgery.

The Countryfile presenter, who was diagnosed with breast cancer in situ last month, had the operation on Monday and updated fans with a selfie which showed her sitting in a hospital bed with surgery marks on her chest.

In the caption, the 51-year-old explained: ‘I’m out of surgery. These will be my new companions for the coming weeks & months. I need a drain to channel surplus blood from the surgery & I have to wear a special post- breast surgery/mastectomy designed bra for the next 6 weeks to protect my upper body post-op.

‘I feel relief that the operation is over. The anxiety leading up to it was overwhelming. I feel sad that such a brutal treatment is necessary in so many breast cancer cases, but I choose life.

‘I will do anything I can to live to see my children grow up & if this was happening to any other member of my family, or them, I would swap places in a heartbeat.’

Julia went on to explain how she has ‘sadly’ joined an ‘ever-growing club’ of women undergoing mastectomies with the NHS in England per year, estimated to be around 18,000.

‘One person every 10 minutes gets diagnosed with breast cancer.’

She later said: ‘I will follow Walt Whitman’s advice: “Keep your face always toward the sun and the shadows will fall behind you”.

‘To all you warrior women (& men) out there, I send my love. I’ll hold a little of my strength to get through the next few weeks & months. Namaste. The sacred in me recognises the sacred in you.’

Some of Julia’s celebrity friends showed their support in the comments, with Jenni Falconer writing: ‘You are such an inspiration for us all. Sending you so much love.’

Andrea McLean added: ‘You are incredible Julia. Sending you love and strength x.’

Ore Oduba also commented: ‘What an amazing quote…. You are a pillar of strength Julia, even at your most vulnerable. So much love my darling, so glad the op went as planned ❤️.’

Julia revealed her diagnosis in September.

She explained how she was recently informed by her doctor that she had breast cancer after initially finding a lump in her breast last year which turned out to be a cluster of benign micro-cysts.

While she was initially hesitant about going to her appointment, Julia said that her older sister Gina encouraged her to go, which is when she found out that a mammogram conducted in July on an annual recall had detected the cancer.