Justin Bieber’s sporting a new look in the music video for his song ‘Anyone’. The singer, who portrays a boxer in the visual, completely covered up his chest and arm tattoos. See his bare skin in the video!

Justin Bieber‘s tattoo-less look in his “Anyone” music video is a fan favorite! The Grammy-winning singer, 26, covered up his chest, stomach and arm ink to channel legendary movie character, Rocky Balboa — originally played by Sylvester Stallone in the Rocky films. As for how he managed to pull off the bare-skin look? — While JB hasn’t disclosed the exact details, it’s likely that he used professional makeup to hide his tattoos. 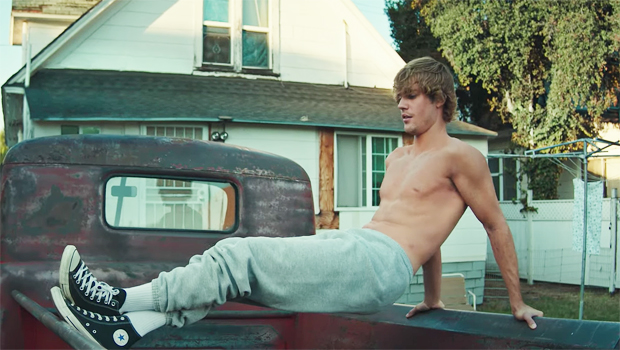 In the video, Justin is seen training at home and drinking a glass of raw eggs. Other moments show the singer in the boxing ring with his trainer. The video also features Zoey Deutch as JB’s love interest who supports him on his journey in and outside of the ring — just as Adrienne Pennino (played by Talia Shire) did with Rocky in the hit movie franchise.

The Colin Tilley-directed music video for Justin’s new single premiered after his big New Year’s Eve performance — which took places on top of the Beverly Hilton hotel in Los Angeles — on Thursday night. The event marked Justin’s first live concert since 2017. He performed his popular hits including, “Sorry,” which he admittedly forgot the lyrics while singing. 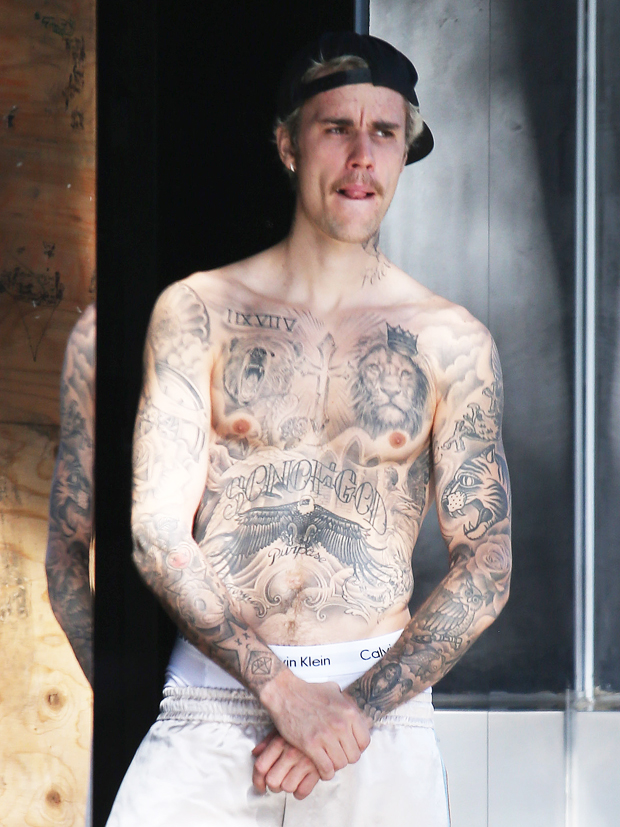 In the days leading up to his New Year’s Eve concert, Justin reposted an Instagram Live video from April when he recorded “Anyone”.  “I love this song so much,” his wife, Hailey Baldwin, gushed in the throwback video, adding at the time, “And I haven’t heard him sing it yet, so I’m so excited.” Now, the world has heard the track!