Kali Uchis brought her signature style and good vibes to the 2021 Premios Juventud.

The 27-year-old singer-songwriter made her debut at the annual awards show, taking the stage during Thursday’s ceremony to perform her hit single, “Telepatía.” Uchis radiated in a sparkling bodysuit with a sheer draped dress as she began to belt out the lyrics.

The artist stood on her own circular platform, surrounded by violinists and delivered a stripped-down version of her song.

Uchis is nominated for three Premios Juventud. She is up for La Nueva Generación – Femenina, Girl Power for her and Rico Nasty’s son “Aqui yo Mando” and El Más Trendy.

Before the awards show, she showed off her killer style, posing on the red carpet for pics. 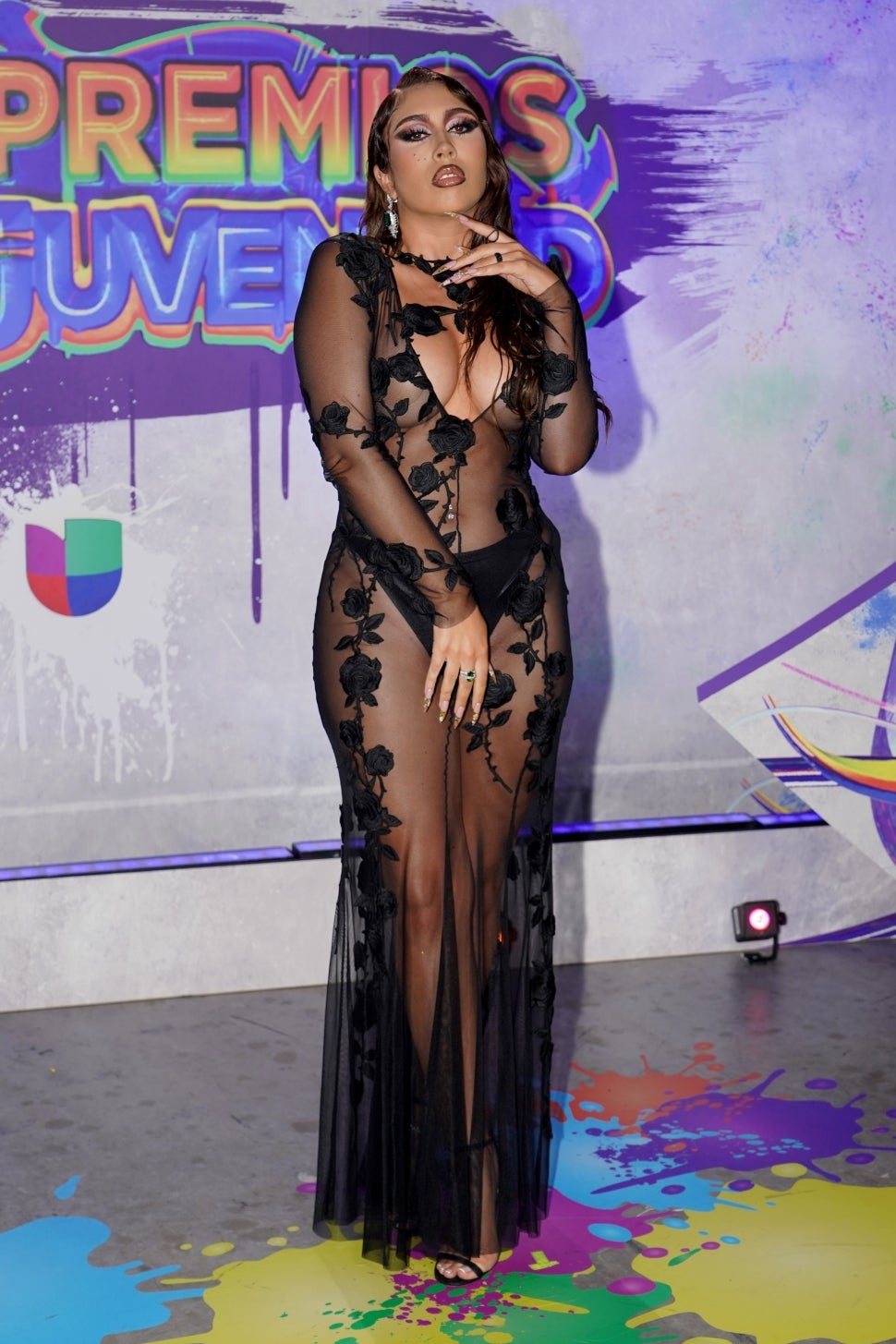 The Colombian American singer has been on the rise since entering the industry. Last year, she released her sophomore album and her first Spanish language LP, Sin Miedo (del Amor y Otros Demonios). Earlier this year, she won a GRAMMY for Best Dance Recording for her collaboration with Kaytranada “10%.” “Telepatía,” meanwhile, became Uchis’ first solo charting hit on the US Billboard Hot 100.

Uchis joined a long list of performers at Premios Juventud. Ricky Martin, Natti Natasha, CNCO and many more taking the stage at the Watsco Center in Miami.