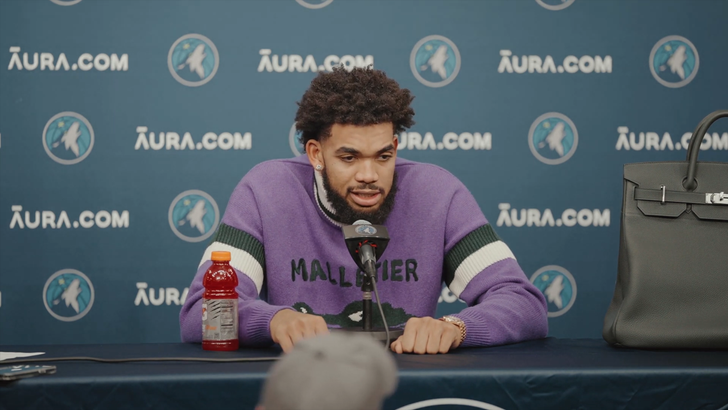 Karl-Anthony Towns wants to help Anthony Edwards make some serious improvements in his life … and it starts with ditching his love for fried chicken.

Following Minnesota’s 115-106 loss to the Spurs Monday night, reporters asked KAT if there was any merit to Edwards blaming himself for the team’s lackluster performance.

Towns revealed the reason he believes the Wolves were sluggish on the court … and vowed to fix the situation.

“Maybe I can do a better job teaching him how to take care of his body,” Towns said. “Diet and everything. That’ll be on me.”

Despite playing back-to-back nights, the Wolves were heavy favorites against the Spurs, but they looked fatigued — and Edwards finished with 9 points.

KAT thinks it’s time to change what Ant’s putting in his body … which he admits has made him upset.

“I know y’all think it’s funny up here when he talks about Popeyes and all that s***,” Towns said. “That doesn’t make me happy to hear.” 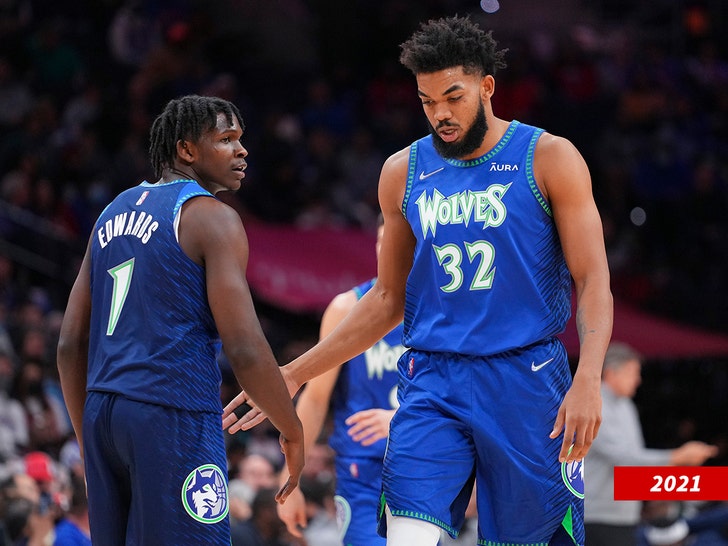 After seeing the COVID-19 illness affect him and his family, KAT has adopted a more health-conscious mentality, which he hopes spreads to 21-year-old Edwards.

Towns — in his eighth season in Minnesota — said that as high-level athletes, there’s a responsibility on him to make sure his teammates are taking care of their bodies.

Minnesota acquired Rudy Gobert in the offseason, pairing the dominant center with KAT and Ant … but Towns knows the team won’t reach its full potential if the commitment isn’t there.