London might be in a new round of lockdowns due to the coronavirus pandemic, but the royal family is still taking the time to honor fallen soldiers for Remembrance Sunday.

Senior members of the family, including Queen Elizabeth II, Kate Middleton, Prince William, Prince Charles, and Camilla, the Duchess of Cornwall, all attended the public outdoor, socially distanced event, which took place at The Cenotaph war memorial in the heart of Central London.

Charles and William placed wreaths at the memorial in military uniform while the queen, Kate, and Camilla all watched from a balcony. The women all wore black fascinator hats and black jackets with the symbolic poppy flower pins. 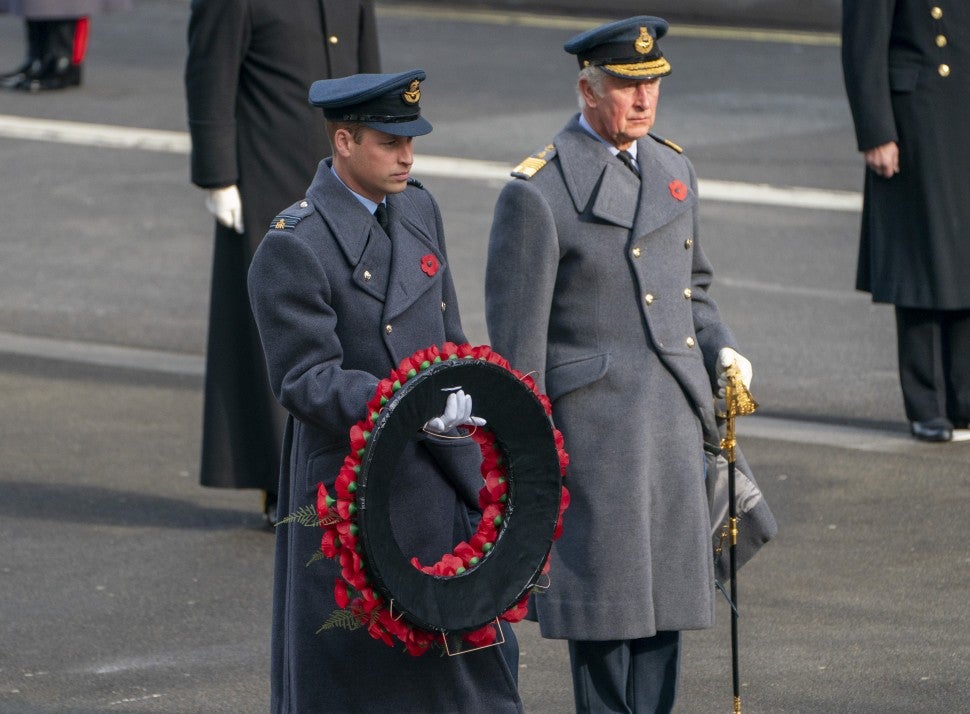 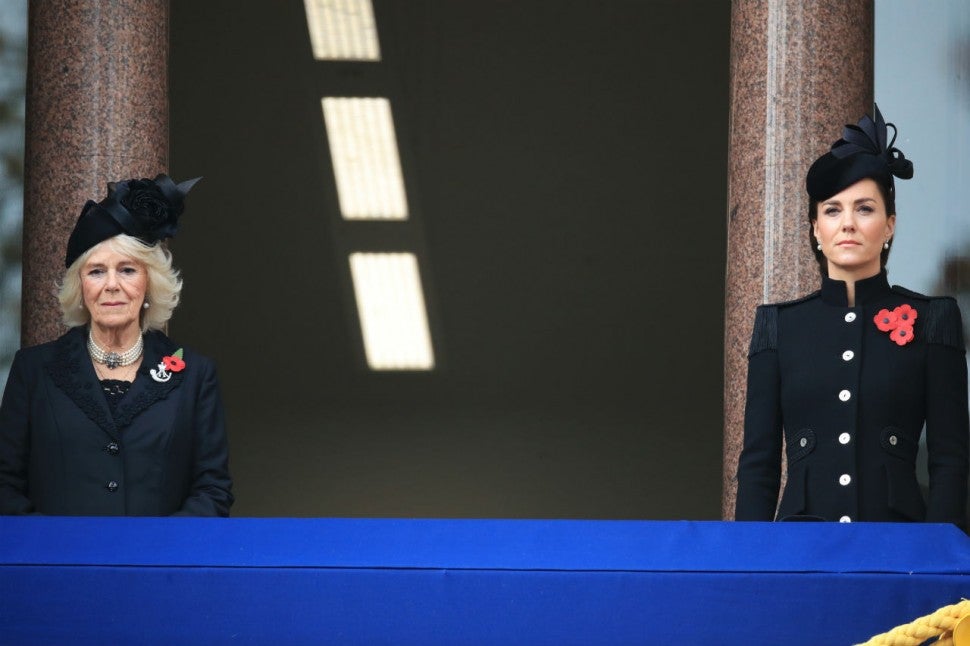 Remembrance Sunday is celebrated in the U.K. as a day to commemorate the contribution of British and Commonwealth military and civilian servicemen and women in the two World Wars and later conflicts. It takes place on the second Sunday in November.

The event comes shortly after the news that Prince William tested positive for COVID-19 earlier this year, following his father, Prince Charles, publicly suffered from the disease. The royal family has not publicly commented on William’s diagnosis or decision to keep the news private.

Prior to Sunday’s ceremony, Queen Elizabeth visited the Burial of the Unknown Warrior at Westminster Abbey in a private, personal tribute. She wore a black face mask for the occasion. 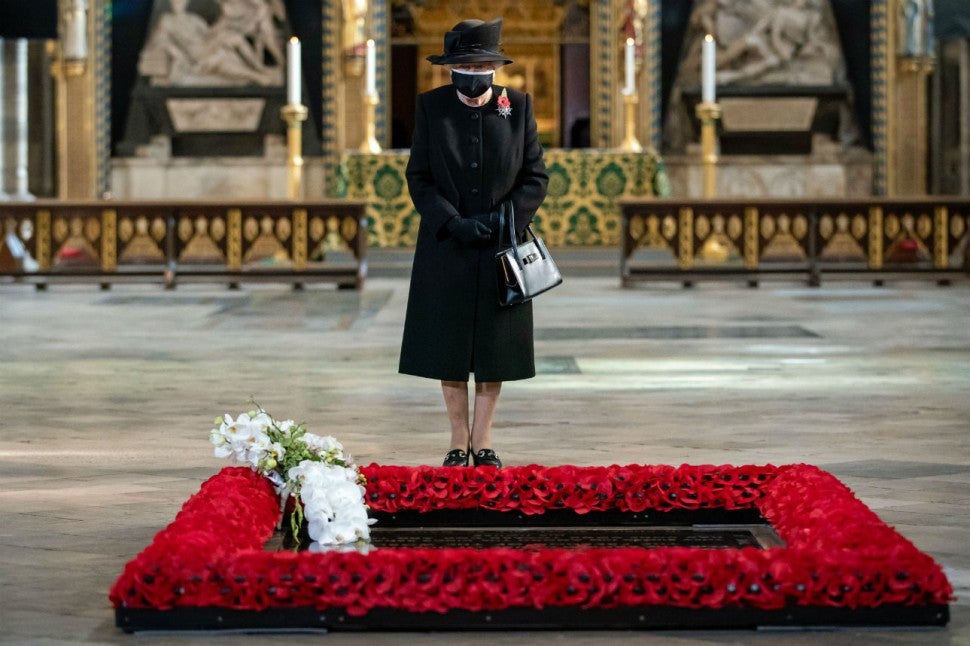 Notably absent from this year’s ceremony were Prince Harry and Meghan Markle. The couple attended last year’s event as one of their final official royal engagements before they traveled to Canada for the holidays and prior to their announcement that they were stepping down as senior members of the royal family.

To honor Remember Sunday, Harry spoke with the Declassified podcast’s “Remembrance Special — The Military Community” episode, which was released on Saturday.

“Remembrance Day for me is a moment for respect and for hope. Respect for those who came before us and hope for a safer world. The act of remembering, of remembrance, is a profound act of honor,” Harry said on the podcast. “It’s how we preserve the legacies of entire generations and show our gratitude for the sacrifices they made in order for us to be able to live the lives we live today.”

Harry and Meghan have relocated to Santa Barbara, California, and have been forced to mostly stay local amid the pandemic.