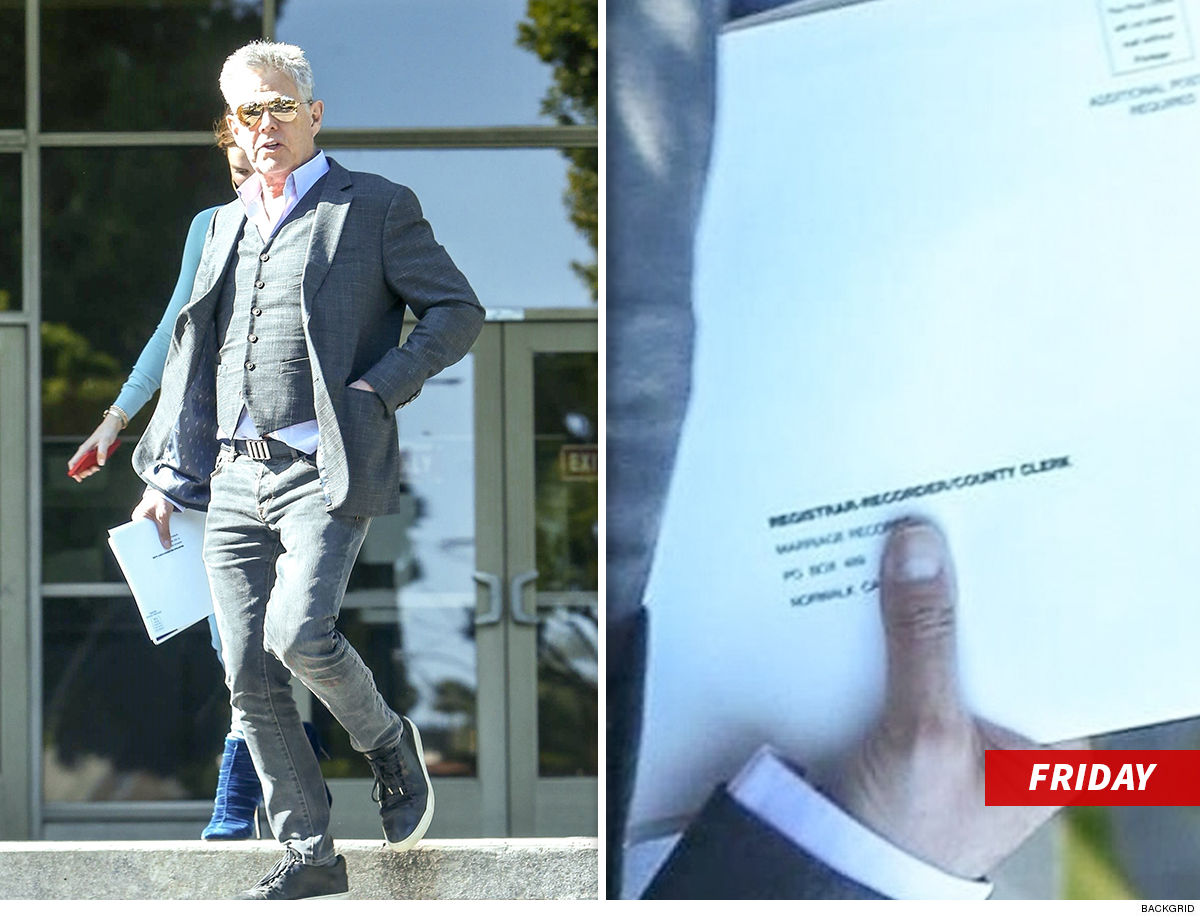 Katharine McPhee and David Foster took a big step toward the altar, because we’ve learned they just got a marriage license, although it’s all on the down low.

Sources with knowledge tell us … Katharine and David took a trip to the Bev Hills Courthouse Friday and got the paperwork they need to tie the knot. 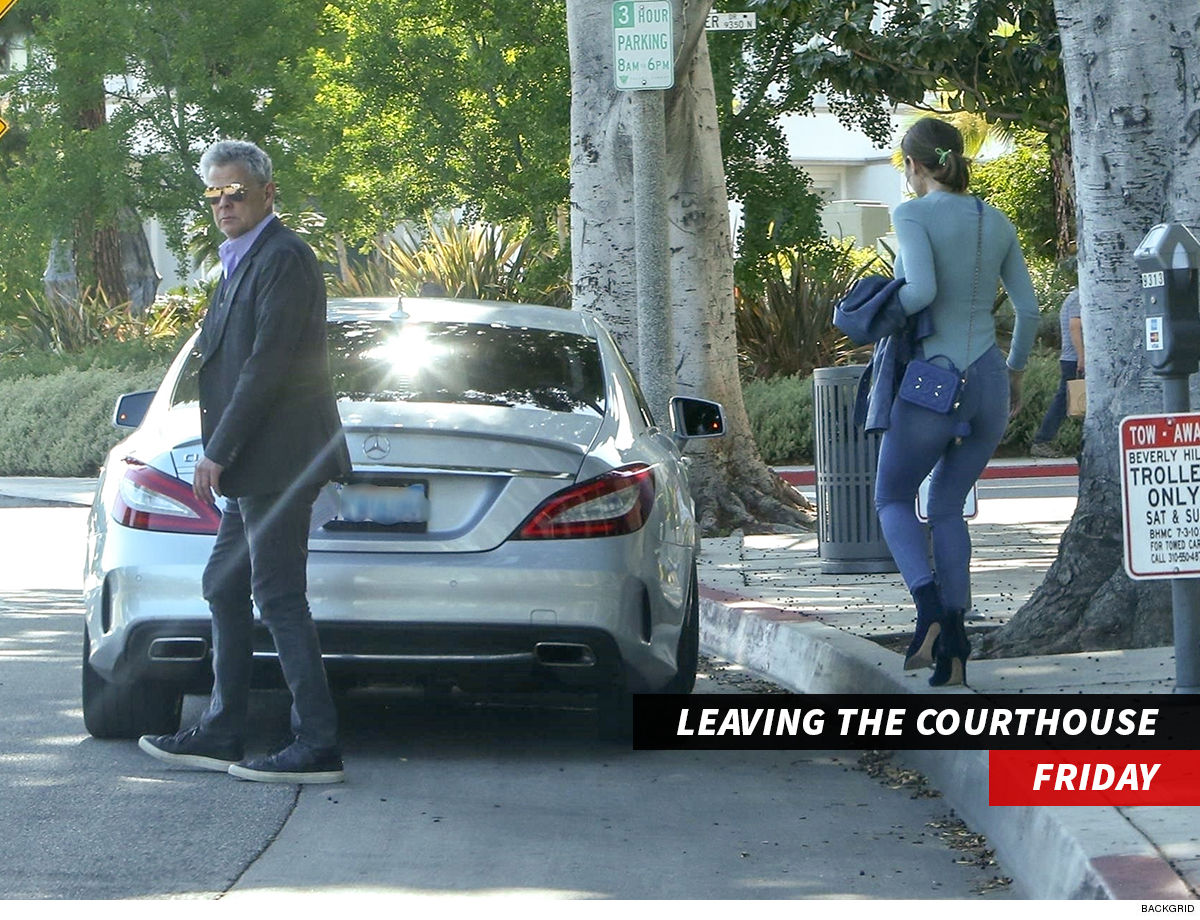 The 35-year-old singer/actress got engaged to the 69-year-old music empresario back in July.

They filed for what’s called a “confidential” marriage license … but they kind of gave away the secret on their way out of the courthouse as David held an envelope titled, “Marriage Records.”

No word on exactly when they’ll make it official, but typically the license is pulled shortly before the nuptials. A marriage license is good for a maximum of 90 days. 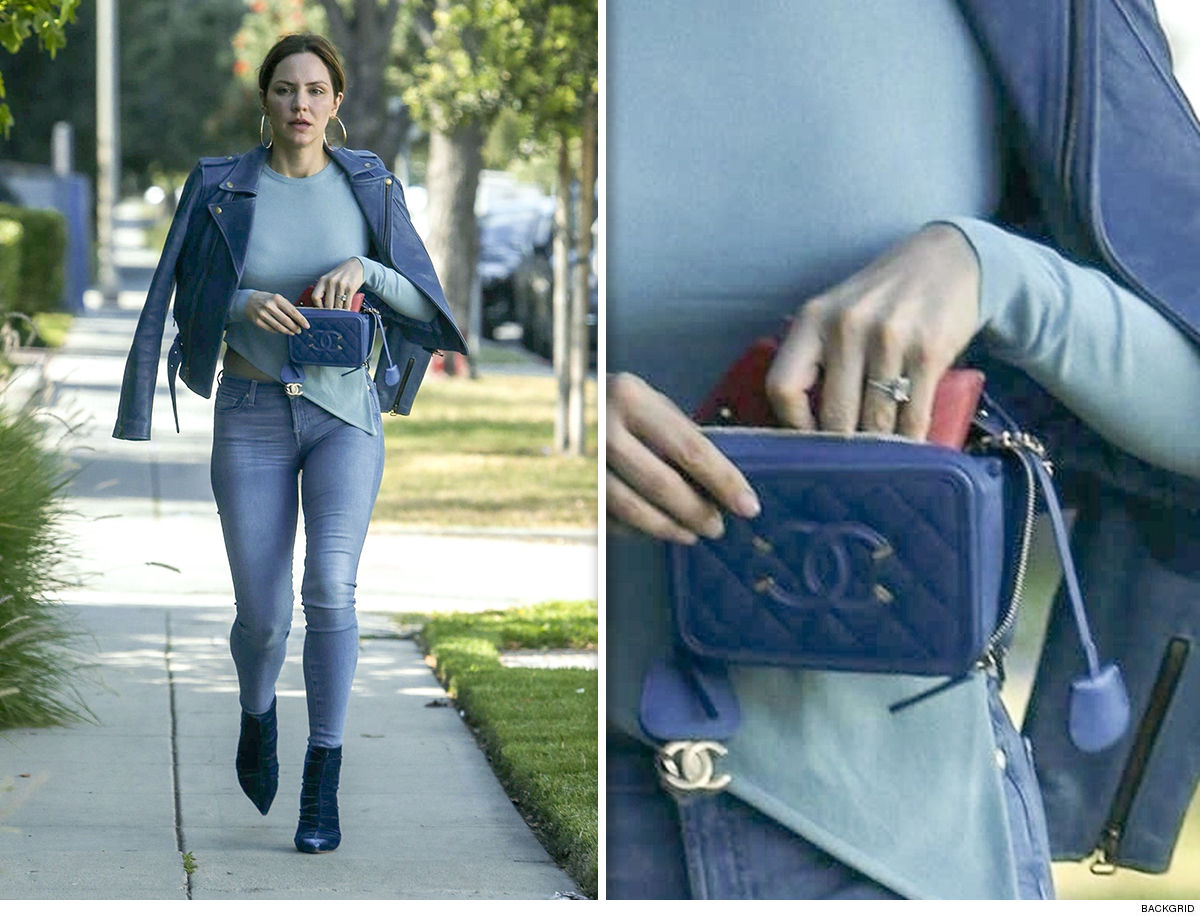 The 2 got engaged during their European vacation on the Island of Capri, and her rock is … well, enormous, which is no surprise given that David has been an enduring titan in the music biz.

It will be Katharine’s second marriage and David’s 5th.