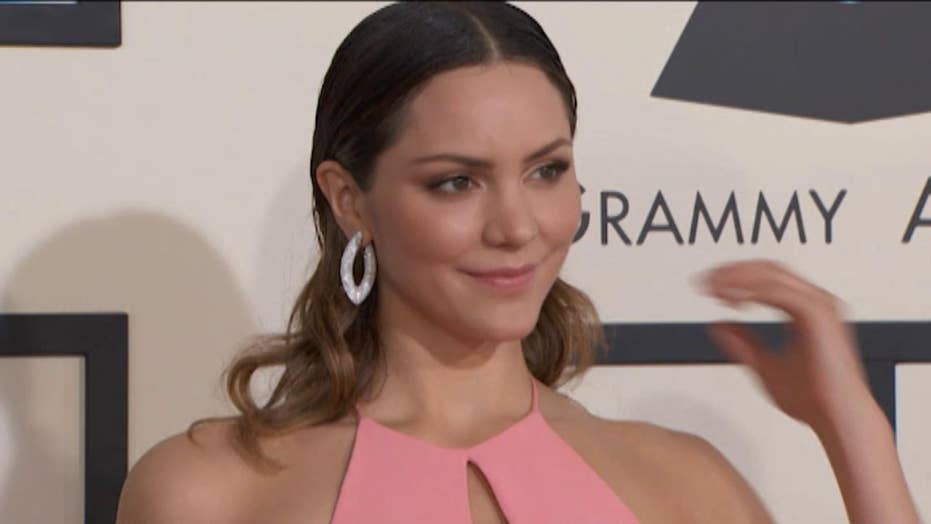 Hollywood Nation: The star takes to Instagram to post a photo of her engagement ring from fiance, David Foster, along with a heartfelt message about her father’s death.

Katharine McPhee is living it up ahead of her wedding to David Foster.

The "American Idol" alum posted several pictures of herself partying on a boat in Mykonos, Greece.

In the photos, McPhee dons a neon rainbow tutu among other colorful accesorries while sipping a beverage.

"Honey this is how you throw a party in Mykonos b—h!!" she captioned her post.

The 35-year-old singer has been living it up ahead of her nuptials to her music producer fiancee, Foster, 69. She recently got rowdy at her #katchelorette party which included male strippers.

She was surprised by her close pals for a bachelorette after one of her May performances of "Waitress" in London’s West End.

"Casually walked off stage to this," McPhee to her Instagram story at the time along with a photo of herself getting a lap dance.

Foster popped the question to McPhee while vacationing in Italy last summer. It will be the second and fifth marriages for the bride and groom, respectively.