Katie Price will avoid jail after she was handed a 16-week suspended sentence after her drink-drive arrest in September.

The judge handed down the suspended sentence at Crawley Magistrates’ Court today, with Price earlier seen arriving to the building with her team.

Price was given a sentence of 16 weeks suspended for 12 months, 100 hours of unpaid work, 20 sessions of rehabilitation work with probation, and a two-year driving ban.

According to Tristan Kirk of the Evening Standard: ‘Judge said Price was lucky not to have killed anyone, has an appalling driving record, and seems to think she is above the law.’

Earlier this year Price, 43, was arrested for drink-driving while disqualified and without insurance following a crash near her home in Sussex.

The mother-of-five admitted drink-driving, driving while disqualified and driving without insurance, with her sentencing being deferred to today following a stay in The Priory. 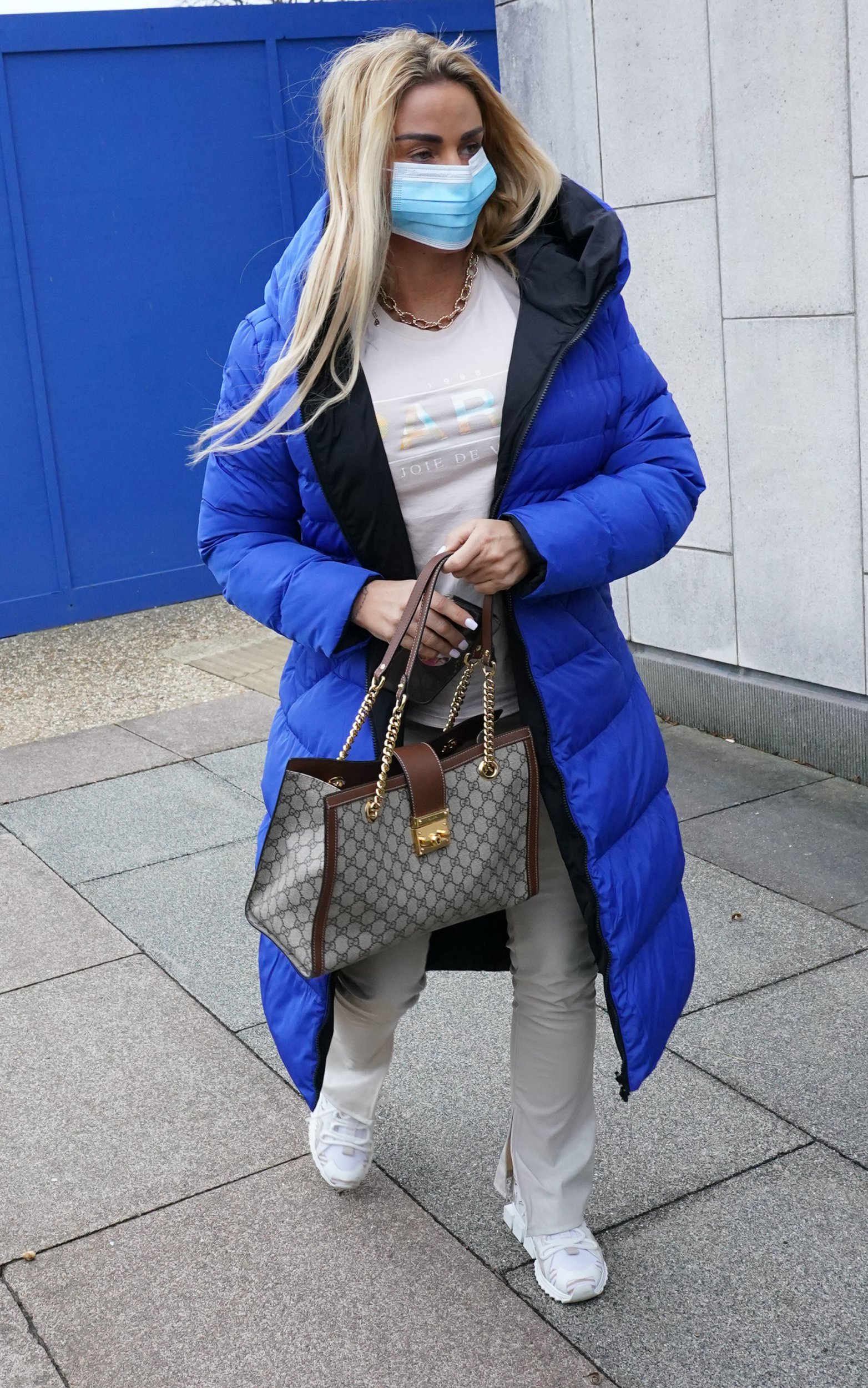 Price had previously entered her pleas in court on September 29, a day after telling police: ‘I took drugs, I should not be driving, I admit it all’, following the collision on the B2135 near Partridge Green.

Officers had responded to the crash at about 6.20am, and Price was arrested and taken to hospital.

Images from the scene showed a BMW flipped on its side on the country lane.

The court heard a drugs wipe gave a positive reading for cocaine and a roadside breath test taken by Price following the accident was positive for alcohol.

After the crash Price’s family had expressed concern for her wellbeing.

In a statement from the family shared on Price’s Instagram account, they said: ‘As a family we have for some time been concerned about Kate’s wellbeing and overall mental health.

‘Today our worst fears nearly came true. As a family we have been and will continue to help Kate get the help she needs.

‘We hope that she will realise that she cannot battle her issues alone.