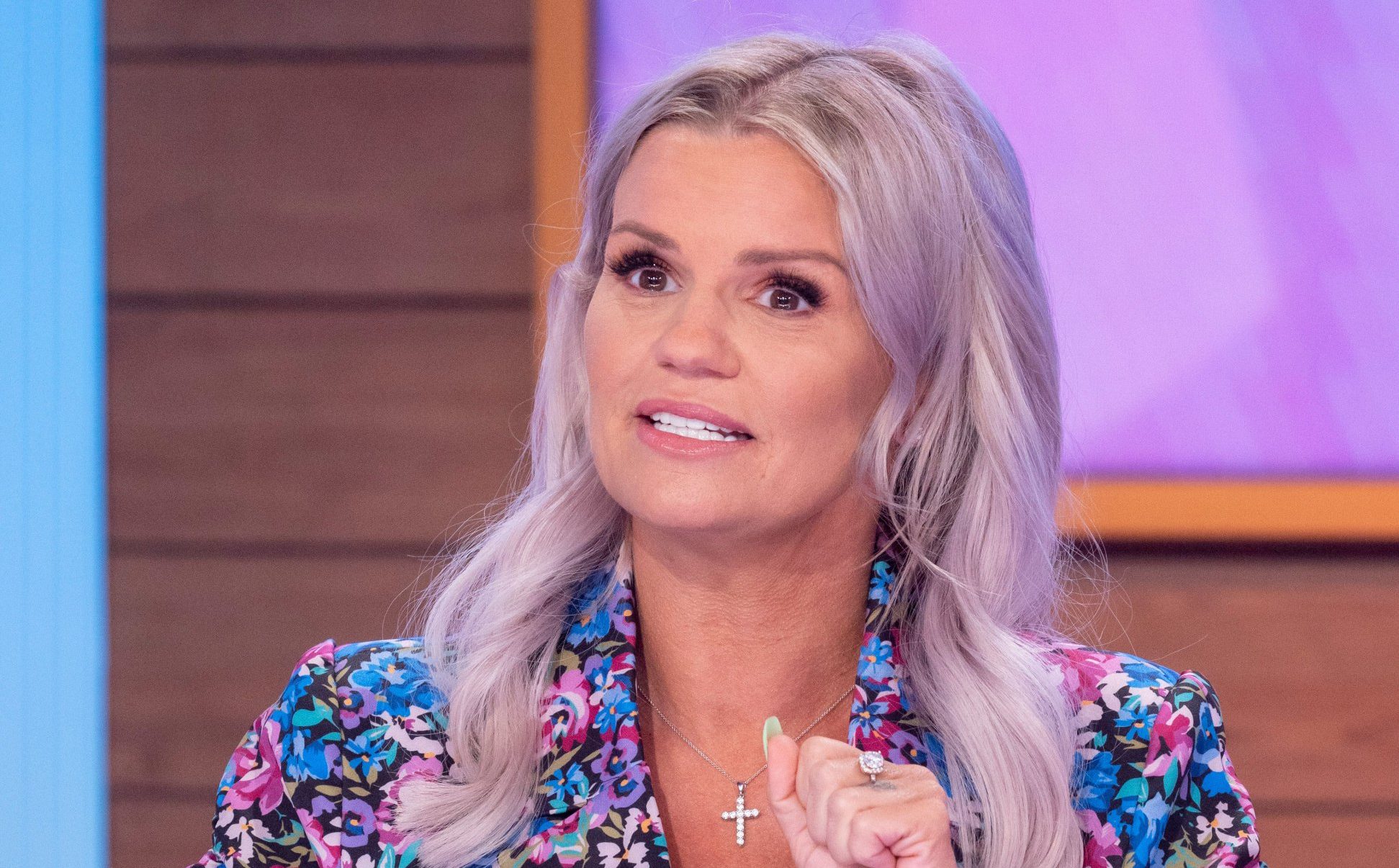 Kerry Katona was left feeling ‘absolutely violated’ after her car, filled with Christmas presents, was stolen during a shopping trip with her children.

The 41-year-old star broke down in tears as she shared various clips to Instagram on Thursday to inform followers her SUV Range Rover had been taken from Elk Mill Shopping Park in Oldham, north west England.

The former Atomic Kitten star had been out shopping with kids Heidi, 14, and seven-year-old DJ, when she saw the car being driven off, before she chased after the thieves in vain.

This morning Kerry confirmed the vehicle still hadn’t been found and, while it was ‘just a car’, the event had left her ‘traumatised’ and feeling ‘violated’ after she suggested she had been specifically targeted.

Kerry said, recalling a previous burglary: ‘It was really traumatic to watch someone drive off with my car…it is just a car, everything in it is replaceable, it massively triggered me, brought loads of memories back.

‘I was angry as well over the fact I’ve worked really hard, turned my life around, then dirty scumbags who can’t be a****d getting a f***ing job nick my car because they think it’s the easiest way to get money.

‘It was really traumatic for my two little girls as well.’

Insisting the key hadn’t been stolen from her, Kerry explained: ‘The car was in my eye line, I saw the brake lights come on, I thought, what was going on, my key was in my pocket, it was in my hand.’

In a statement shared with Metro.co.uk, Greater Manchester Police said enquired were ongoing and appealed for anyone with information to come forward.

It read: ‘Officers were called at 3.50pm today (16 December 2020) to a report of a theft of a motor vehicle at Elk Mill Central Park on Broadway, Royton.

Speaking in a video, she previously said immediately after the event: ‘My car has been stolen I’m in Oldham, I’m with Heidi and my daughter DJ. It’s a private reg with Katona.

‘Absolute b* who have done it, we come to do some shopping with the kids. We rang the police, I’m stranded. the lovely people in the shop are being so nice.

‘It’s a private reg with Katona, and it’s blue. Did you see me run after him? I just chased him…

‘So, if anybody finds it or sees it, everyone knows my car. It’s an SVR, it’s blue with a reg plate of KA17ONA.’

‘It’s got Christmas presents in the back. it’s just a car at the end of the day but I’m really angry. Please, everybody, look out for it.’

Kerry then shared a picture of her vehicle, which has the registration plate KA17 ONA.

Kerry later returned to Instagram to reassure her fans she and her daughters are ‘absolutely fine’ following the incident.

She added: ‘Just letting you know, me and the girls are absolutely fine. They have CCTV footage of it happening, I’ve been told that they were eyeing my car up on Sunday outside the hotel where I’m staying.

‘I’ve been completed and utterly targeted, I feel absolutely violated! I just want to go home!

‘So if anybody sees my car… it’s got loads of presents in the boot, it’s got the kids iPads in there. Please please ring the police.

‘We were at JD and I walked out and I saw… my engine start and my key… I had my key in my pocket, my key was in my pocket!

“‘And I left the kids and I just chased them, I chased them all the way to the top. Good job I didn’t get them – they could’ve had a knife or anything.