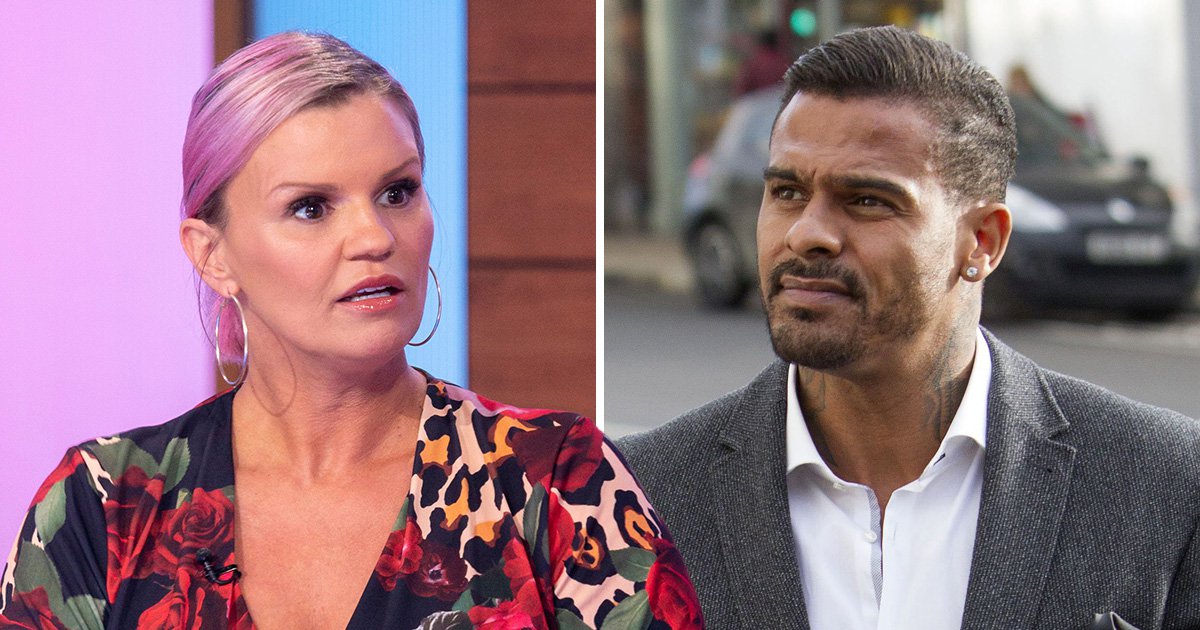 An inquest into the death of Kerry Katona’s ex-husband George Kay heard how he died after ‘eating a ball of cocaine’ during an erratic stay at a hotel.

Mr Kay, full name George Osaghae-Kay, died at the age of 39 on July 6, 2019 at the Holiday Inn hotel in Runcorn, Cheshire. His cause of death was determined to be cocaine toxicity.

During the inquest at Warrington Parr Hall on Tuesday, hotel worker Luke Smith recalled seeing Mr Kay pulling a sock from his trousers which contained a ‘large white ball’. Mr Smith, who concluded that the substance was drugs, then claimed to witness Mr Kay ‘biting into the ball which caused it to crumble’.

An ambulance was called as Mr Kay then became unwell and he was put into the recovery position until paramedics arrived. He was rushed to hospital but could not be revived and was pronounced dead.

Others who worked at the hotel shared their accounts of Mr Kay’s stay and detailed how they saw evidence of drugs in his room.

Police attended the hotel the previous evening following reports of his erratic behaviour, including banging on the doors of other guests. A small residual quantity of drugs was found in his bathroom, but he was not arrested or searched.

Hotel operations manager Craig Ponsford added that he saw white powder near the bathroom sink on a piece of toilet roll, which amounted to ‘about half a teaspoon’. Mr Ponsford also recalled seeing Mr Kay behaving in a ‘paranoid and irrational way’ and suggested he return to his room.

The manager said he grew concerned and alerted the police when Mr Kay referenced ‘taking another line of cocaine’. At this point, Mr Kay remained on the bed and wasn’t seen entering the bathroom.

Pc Declan Corcoran, who was one of two Cheshire Police officers who attended the hotel, recalled Mr Kay sitting at the end of his bed and appearing ‘quite calm’. Mr Kay told the officer that he had ‘white stuff about a hour ago’ and it was understood that what was in the bathroom was the remnants of what had been taken.

A second officer, Pc A, couldn’t be identified as Assistant Coroner for Cheshire, Peter Sigee, ruled she should be granted anonymity. The officer said she checked the bathroom but found only a ‘little trace’ of a substance.

She said: ‘I considered bagging it up but there was nothing there physically to take away. If there was half a teaspoon I would have seen it.’

Pc A explained that she didn’t feel the amount was sufficient enough to warrant an arrest or conduct a search and agreed that Mr Kay appeared calm, causing no concerns about his physical or mental health.

Mr Kay did mention his mental health to the officer, but told her he had no thoughts of self-harm.

‘He was quite adamant he was going to stay in his hotel room and get his head down,’ Pc A said.

The inquest heard how Mr Kay did leave his room later in the evening, but a night porter was able to return him there. Inquiries weren’t able to determine how long he was out of his room and what he had done in that time.

It was the next morning that Mr Kay left the room and ate a quantity of cocaine.

Assistant coroner Mr Sigee recorded a conclusion of a drug-related death, and said he had not identified any failing by the police which he could attribute as causative to the death.

He said it was not known what Mr Kay did later on the night of July 5 when he left his room and whether he may have acquired drugs from somewhere else.

Mr Sigee said there was no evidence that Mr Kay intended to take his own life.

Mr Kay’s mother, Hilary Kay, addressed the court and described her late son as a ‘lovely lad who would do anything for anyone’ but had been struggling with drug use and mental health issues.

She said her son had taken recreational drugs from a young age and his consumption was getting worse from about May 2019.

The court heard that in July 2014, Mr Kay was diagnosed as having suffered a small heart attack from the use of cocaine and was admitted to hospital again in May 2019 with drug-induced psychosis, but discharged the following day.

His brother Ashley added: ‘The drug-taking period increased during his time with his wife and got significantly worse when they were separated due to the fact that he was stopped from seeing his child.’

Mr Kay, who played rugby in both codes for Sale, Widnes and Lancashire, married former Atomic Kitten singer Kerry in 2014 and welcomed their daughter, Dylan-Jorge, seven, before they split in 2017.

Metro.co.uk has reached out to Kerry Katona’s reps for comment.