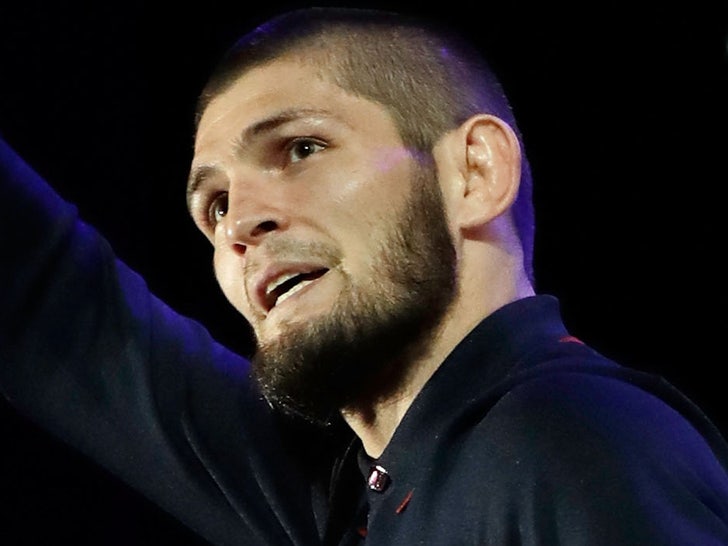 Khabib Nurmagomedov met with another world leader this week — the Head of Dagestan — and it sounds like he’s staying retired.

Khabib sat down with Sergei Melikov, the acting Head of the Dagestan Republic — who praised Khabib for bringing a “great victory to our people” with his UFC 254 win over Justin Gaethje.

“Khabib, you became the pride of not just your family and your people but the pride of Dagestan,” Melikov said in an interview captured by RT Sport.

“Dagestan takes your victory as its own and celebrates it as its own win.”

Of course, Khabib announced his retirement from MMA in the moments after the fight — and even left his gloves in the octagon in a symbolic gesture.

UFC president Dana White recently said he’s been talking to Khabib about returning for one last fight — but when Khabib was talking with Melikov, he didn’t sound like a man contemplating a comeback.

“I was offered the fight [with Gaethje] right after everything happened. I had the decision to accept it or turn it down — nobody knew about this — or retire.”

“Or I could come back, fight and then retire. Now I tell the people close to me that aren’t happy with me retiring that even if I fought 10 more times, I’d still have to face that decision.”

“This decision could come up when I’m 32, 34, 35. It’s a hard decision because I’ve been fighting all my life. I’ve been on the mats for as long as I remember. It’s difficult to leave and do something else. People can’t understand it, but what can you do?”