Kim Kardashian’s heart is breaking over the impending execution of inmate Brandon Bernard. She’s been fighting for his life, but says she broke down crying during their ‘final call.’

Kim Kardashian‘s efforts on prison reform have helped gain freedom for several inmates. But the latest person she’s trying to help — Brandon Bernard — is hours away from being put to death at a federal prison in Terre Haute, Indiana, despite Kim’s plea to President Donald Trump to commute his death sentence. Brandon, now 40, was given the death penalty in 2000 for a crime he committed as a teenager, and Kim just spoke to him for what could be the last time, as he’s already being prepped to receive a lethal injection on the evening of Dec. 10. The conversation has left the 40-year-old aspiring attorney completely broken.

“Just spoke to Brandon for what will likely be the last time. Hardest call I’ve ever had. Brandon, selfless as always, was focused on his family and making sure they are ok. He told me not to cry because our fight isn’t over,” she wrote in a tweet just after 2pm PST.

She then explained in another post, “When he told me he’s claustrophobic and they offered to give him a shot of Sedative to calm him down before they put him in the chair and he just didn’t want to panic, I literally lost it. I had to mute my phone so he wouldn’t hear me cry like that,” with a weeping face emoji. 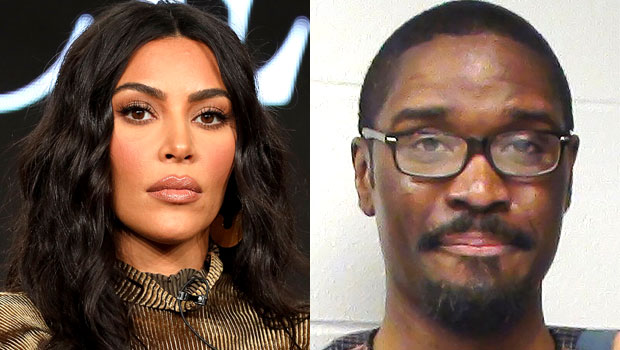 Prison reform advocate Kim is still hopeful for a last minute reprieve, as she wrote in another tweet, We didn’t say goodbye bc we wanted to be hopeful that we would talk again, we said talk to you soon!” Kim has been fighting for Brandon to not be executed since she became aware of his plight in Nov. 2020. “A terrible case has been brought to my attention and I need your help. Without it, on December 12th Brandon Bernard is going to be executed for a crime he participated in as a teenager,” she began a lengthy, multi-tweet message on November 29.

Kim explained how she has “sympathy” for “the victim’s Todd and Stacie Bagley, and their families. My heart breaks for everyone involved.” But “While Brandon did participate in this crime, his role was minor compared to that of the other teens involved, two of whom are home from prison now.”

Brandon happened to be 18 when the crime occurred that took the lives of youth ministers Todd and Stacie Bagley in 1999. Brandon and then 17-year-old Terry Brown split from a group of friends in Killeen, TX, as three others carjacked the couple and locked them in their trunk. The group’s ringmaster, Christopher Vialva, then 19, insisted that the couple needed to be killed, and shot them. Brandon and Terry were later told to get rid of the evidence and doused the car with lighter fluid, believing both victims were already dead.

Since he was 18, Brandon was given to the death penalty for his part in the crime. His then-underage accomplices Terry and Christopher Lewis, then 15, have already been released from prison. Tony Sparks, 16 at the time of the crime, will be released in 2030. Christopher was executed in September 2020 via lethal injection at the federal prison in Terre Haute, Indiana, two months after the Trump administration reinstated federal executions after a 17-year moratorium. Brandon would be the ninth person executed since the moratorium was lifted, with four more executions to come before President-Elect Joe Biden‘s swearing in on Jan. 20, 2021.

The prosecutor who fought Brandon’s appeal is now advocating that his sentence be reduced to life in prison. Attorney Angela Moore told CBS News that she’s changed her stance because of “the legal reasons, aside from my own personal beliefs, it’s the evidence and what we have found out since. Mr. Bernard did not shoot and kill the victims in this case. He was not the person who planned this robbery gone wrong. He should not be executed, ever. It’s barbaric. It’s horrific and he does not deserve it.”

Five of the nine surviving nearly all-white jury members in Brandon’s case have gone on record saying they regret their death penalty verdict. Former jury foreperson Calvin Kruger is advocating for a life sentence because he believes Brandon was “not the ringleader behind these offenses, but a follower.”