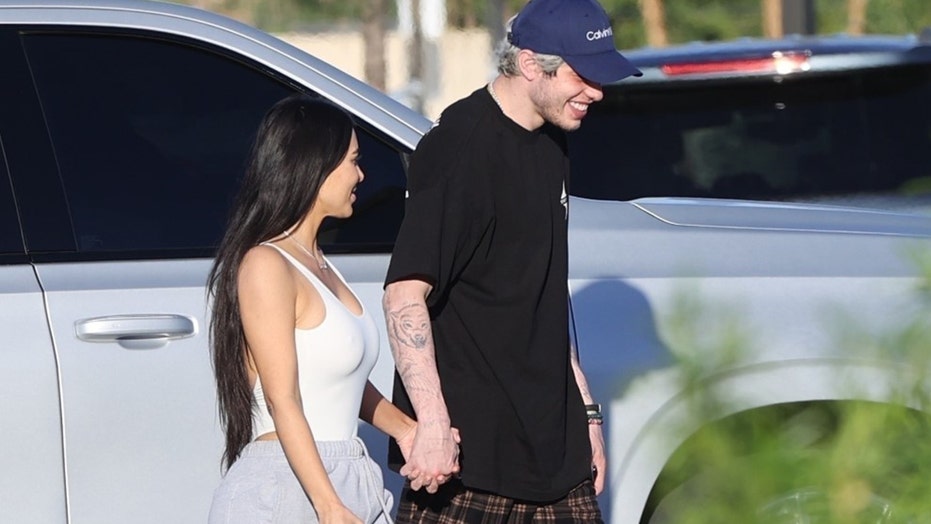 Kardashian, 41, and Davidson, 28, were spotted walking hand-in-hand around Palm Springs,  a day after celebrating the comedian’s birthday. Davidson turned 28 on Nov. 16.

The “Keeping Up with the Kardashians” star appeared make-up free in the photos. The two appeared casual as Kardashian wore a white body suit with gray sweatpants and Davidson paired a black shirt with plaid pants. Davidson completed his look with a blue ball cap. 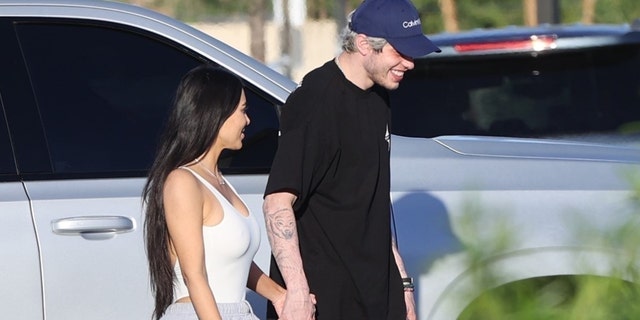 Kim Kardashian, 41, and Pete Davidson, 28, were spotted holding hands while strolling in Palm Springs together.
(Backgrid)

Kardashian and Davidson celebrated the comedian’s birthday in the company of Kris Jenner and rapper Flavor Flav, according to Instagram. The group posed for a photo, which was later posted by Flavor Flav.

At the time, Kardashian was “intrigued” by Davidson, a source told Page Six. 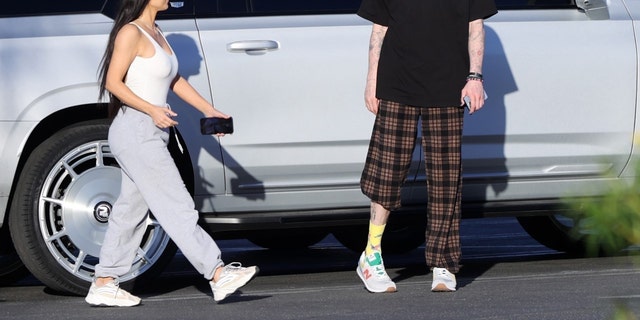 Both stars appeared to be enjoying each other’s company as they flashed big smiles at each other.
(Backgrid )

Davidson and Kardashian later sparked romance rumors after being spotted out at dinner together multiple times. The two dined at Zero Bond in New York City Nov. 3 and reportedly shared a meal together before that on Staten Island, Davidson’s hometown.

Kardashian is reportedly "intrigued" by comedian Pete Davidson after spending time with him.
(Saturday Night Live/YouTube)

Before their dinner dates, Kardashian appeared alongside Davidson on “Saturday Night Live.” The two performed multiple skits together including a sexually suggestive “Aladdin” skit, which possibly was a foreshadow to their blooming relationship.

In the skit, the two shared a brief kiss which was met with cheering from the audience. 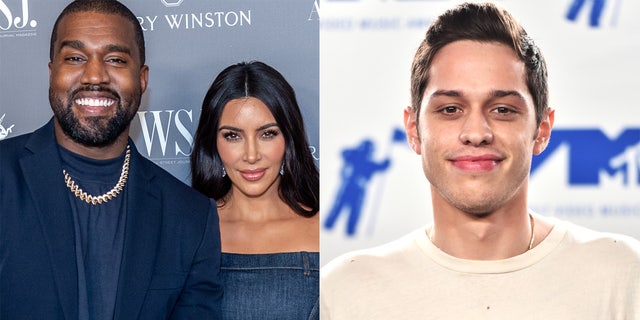 Kardashian has been single since filing for divorce from rapper Kanye West.
(Getty Images)

Kardashian has been single since filing for divorce from her estranged husband Kanye West in February.

She later addressed the divorce during a “Keeping up with the Kardashians” reunion in June.

“I honestly don’t think I would even say it here on TV but it was not one specific thing that happened on either part. I think it was just a general difference of opinions on a few things that led to this decision,” Kardashian told host Andy Cohen at the time.