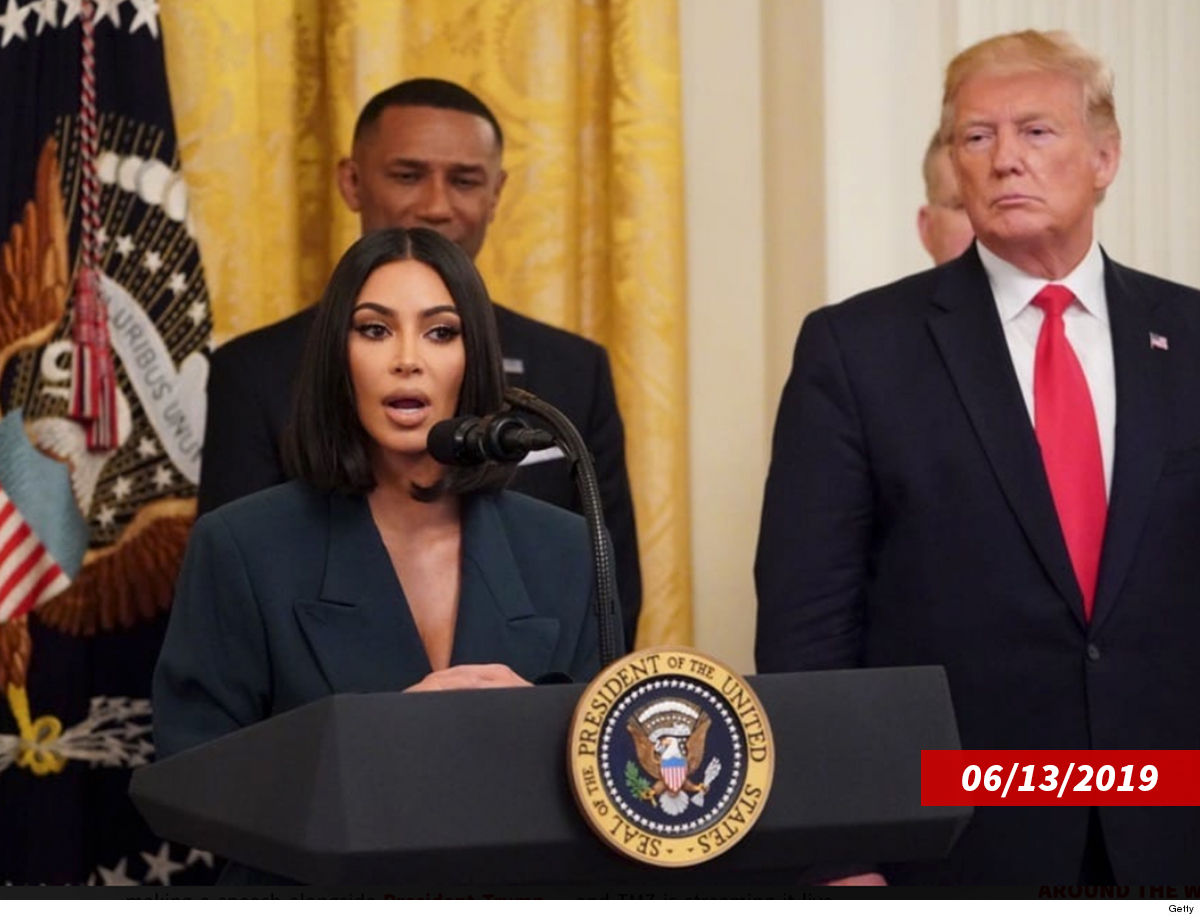 Kim Kardashian definitely earned her title as Princess of Prison Reform … using her celebrity status for good has yielded nothing but positive results, so says one of her freed prisoners.

The first prisoner released under the First Step Act – Matthew Charles — showered Kim with praise when we ran into him on Capitol Hill. As we reported, Kim not only helped secure his release … she’s covered the next 5 years of rent while he gets back on his feet.

Kim was front and center at The White House Thursday to unveil her latest prison reform initiative — a rideshare partnership that allows inmates to travel to job interviews. The end game is to make them productive citizens rather than recidivists.

Kim’s been a big help by writing checks so various lawyers and prison reform groups can do their thing … and they have done their thing with success, recently freeing more than 17 inmates and counting. These are mostly inmates who are serving long terms for non-violent — mostly drug — offenses.