Today in HELP I FEEL OLD, Addison Rae just celebrated her 21st birthday and was basically showered in well wishes from the entire internet. And for those of you wondering if her friend Kourtney Kardashian got her something special, the answer is hell yes.

Addison hopped on Instagram to show off her gift from Kourtney, which was a giant cake replica of her exact Met Gala look. Like, this is Addison at the Met Gala…. 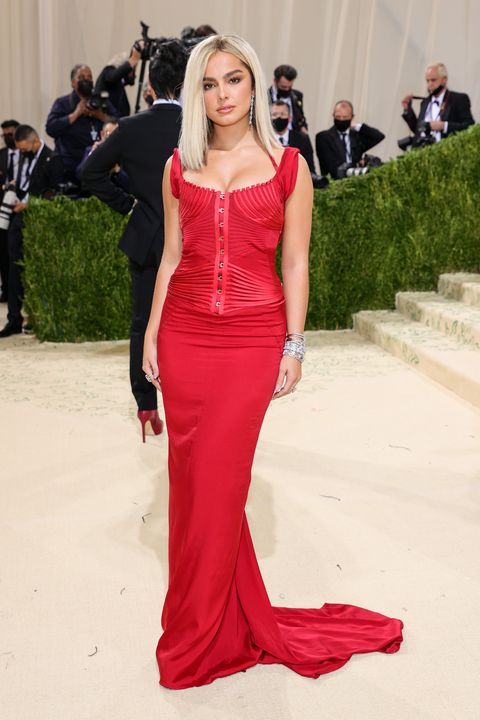 And this is Addison at the Met Gala in cake form:

As you can see, Kourt signed the card “Happy birthday Addison, wishing you so much joy in the next year,” which…formal!

Just FYI that this cake gift is particularly amazing because the internet was briefly convinced that Addison wore Kourtney’s old Christmas dress to the Met—which, no, she didn’t. Addison actually wore what she described as a “vintage 2003 Tom Ford for Gucci” gown (screaming at her describing 2003 as “vintage” but moving on), while Kourtney wore a similar-but-different gown from the same collection.

Addison explained why she chose the look on the Met Gala carpet, saying, “Just an American designer, highlighting that and highlighting the fact that Tom Ford really loved to empower women and make them stand out, and I just wanted to pay homage to that.” She added, “I worked with Law Roach, we came together, found out exactly what message we wanted to put across, and then this dress was just perfect for that.”