Kourtney Kardashian gave fans a bit of a behind-the-scenes look as she prepared to film the new Hulu show, while rocking a black tank-top.

Kourtney Kardashian, 42, is ready for Halloween! The Keeping Up With The Kardashians star shared a series of mirror selfies, while preparing to film the family’s upcoming series for Hulu. Kourtney posted the photos after she’d enjoyed a haunted hayride with her fiancé Travis Barker, 45, on Saturday October 23.

Kourtney looked absolutely gorgeous in the series of photos. She rocked a leather top, and showed off a bunch of different facial expressions, as she had her makeup in front of her for the photos. Her brand new engagement ring was also on full-display in the photos, as she slyly adjusted her top in the first photo. Besides noting that she was filming for Hulu in the caption, she also tagged Rokael for beauty products in the photo as well as her hair stylist Glen Coco.

The selfies came after Kourtney shared that she and Travis had gone to a Haunted Hayride in Los Angeles on her Instagram Story. She posted photos showing their view, as well as the couple’s matching black boots, as they enjoyed the ride. She also shared a few hilarious videos of herself getting scared at the Halloween attraction. She also posted a few photos of her kids Penelope, 9, and Reign, 6, on the ride. Other than the ride, Kourtney also posted photos of the some of the treats her and the blink-182 drummer enjoyed before the ride. Some of the confections were shaped to look like an engagement ring and a T and K to form one character. Others included phrases like “May we destroy each other completely” (a romantic line that Travis has written to his fiancée), “You’re so cool” (A line from the classic movie True Romance), and “Kravis 4ever” underneath a skeleton bride and groom. 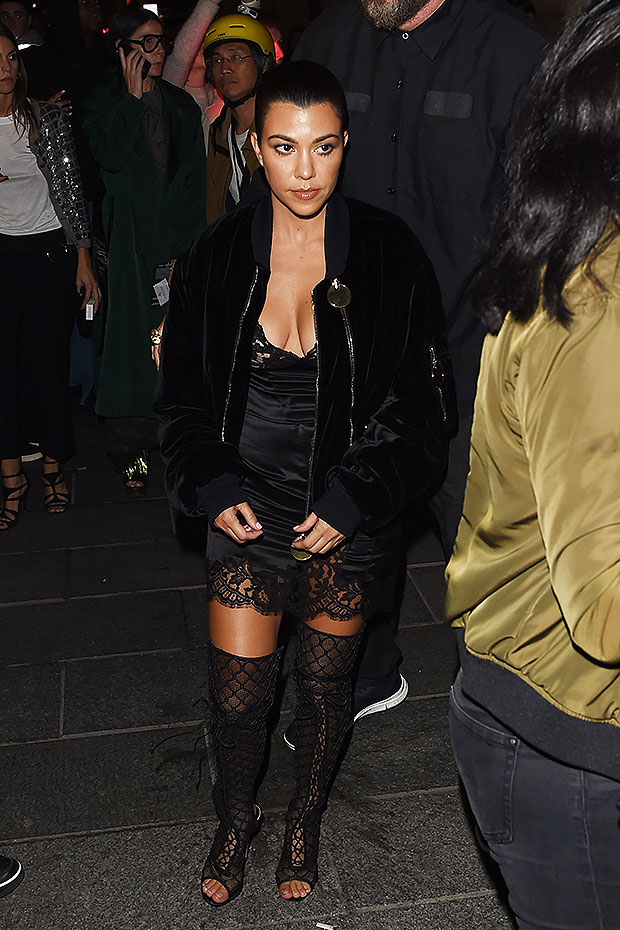 The couple have definitely been enjoying the spooky season. The pair posted a few early looks at their Halloween costumes on Friday October 22. They both dressed as classic punk rock figures Sid Vicious and Nancy Spungen, who died in 1979 and 1978, respectively. Other than dressing as punk’s most famous couple, Kourtney and Travis also got engaged on October 17, making this Halloween season very special indeed.