Lance Bass has shared the first snap of his newborn twins’ adorable faces. See the pics of Violet Betty and Alexander James!

Lance Bass and husband Michael Turchin were all smiles when the former boy band member posted the first pic of their babies’ faces. He gave fans their first glimpse of twins Violet Betty and Alexander James as they slept peacefully in cozy blankets. However, it seemingly hasn’t all been peaceful since becoming dads, as Lance shared he’s “barely slept” in the past week.

“Haven’t slept much in 5 days and I’m covered in ick but I’ve never been so happy! Now there are four of us in this house that wear diapers (hint: it’s not me or @michaelturchinart),” he captioned the carousel post. Their baby girl was wrapped up in a pink blanket adorned with flowers, while her brother wore a grey and white blanket with a geometric shaped design.  Another snap showed the cuties getting game day ready in brand new Packers merch.

“Congratulations!!!!!!!! What a blessing!!!!!!!” Kris Jenner commented, while Leslie Jordan wrote, “Just breathtaking. Congratulations.” The post comes a few days after Lance officially revealed he was a dad. The former NSYNC singer, 42, and his actor husband, 34, announced the news with pics of their birth certificate.

“The baby dragons have arrived!!” Lance captioned the post. “I can not express how much love I feel right now. Thank you for all the kind wishes. It meant a lot. Now, how do you change a diaper??! Ahhhhhhhh!” The couple, who have been married fore more than five years, announced they were expecting twins in a light hearted horror film spoof shared on TikTok in June, revealing that the babies will be coming this fall. The video paid homage to horror classics, including Poltergeist and The Shining.

Celebs Who Used Surrogates To Have Babies — PICS 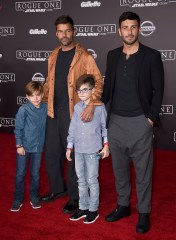 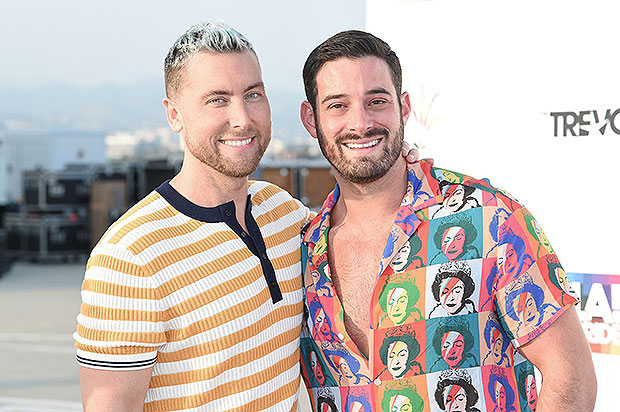 Upon hearing the sad news that their surrogate lost their baby boy at eight weeks in March 2020, Lance told PEOPLE that he and Michael were not “giving up” on having kids of their own. “We realized it’s so common,” he told the outlet. “We’re trying not to get discouraged. The process has been so long.” He continued, “Because of what we’ve been through the last four years, we were very cautious to get excited.:

“And it kind of sucks because when you find out you’re pregnant, you want to celebrate with your family. You start planning their future in your head already, but we were so scared because we didn’t want to go through the pain again of losing them.”