Lucy Verasamy, 39, is a firm fixture on ITV weather and regularly keeps viewers up to date with the latest news. The TV personality has now revealed northern parts of the UK will be facing downpours of sleet and snow, while most southern areas will have to contend with a wintery mix of rain and brisk winds.

In a new clip, the meteorologist looked chic as she showcased her enviable curves in a cream long sleeved top, which featured a lace collar and was worn with a skirt.

Lucy kept her brunette tresses in her signature style as she added bold make-up to accentuate her stunning features.

She wore a dark smokey eye with pink blush to add definition to her high cheekbones and finished her look with a matte lipstick.

The weather forecaster told viewers: “A wet end to the weekend for many of us and a split story as we slide into a new week. Wintery across northern counties as temperatures fall frosty and icy with several hours of sleet and hill snow to come. 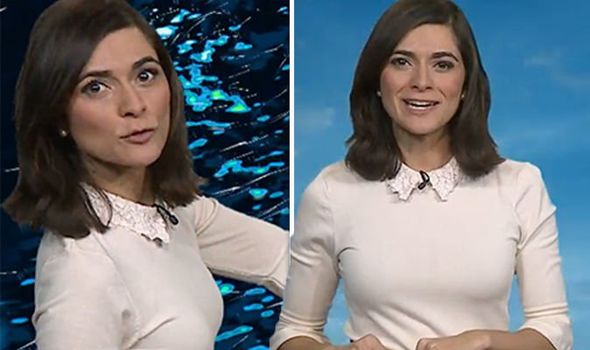 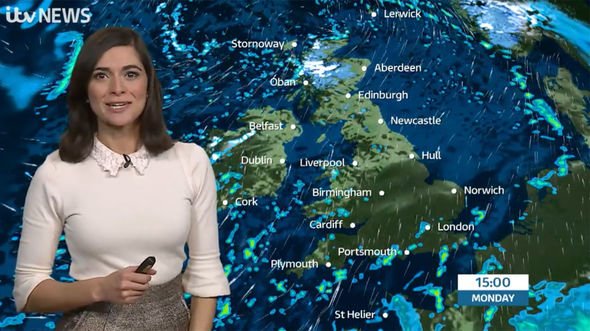 “Into the small hours we’ve got slightly milder air across the south with some lively downpours. But for The Midlands northwards, freezing and frosty as temperatures fall. A chance of icy stretches as well as wintery mix of rain, sleet and snow in those downpours.”

She continued: “Several hours of fresh falls of snow across parts of Scotland. Up to 15 centimetres accumulating here in the next 24 hours with blizzard like conditions and blowing snow across the highest routes. Elsewhere, a very different start tomorrow morning. Bright and blustery.

“Cheerful sunshine before thickening cloud rolls in across southern counties. Lively downpours, brisk winds with hail and thunder, further north a little more sunshine but feeling so much colder. Further fresh falls of snow across the Highlands of Scotland, well into the afternoon.” 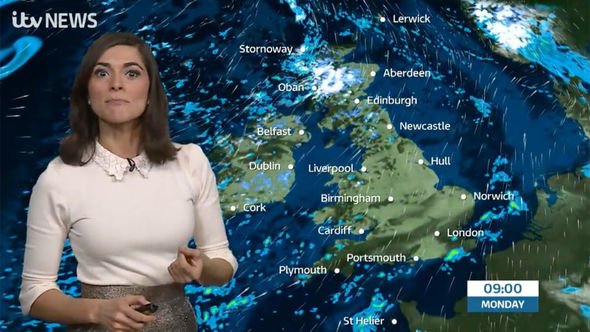 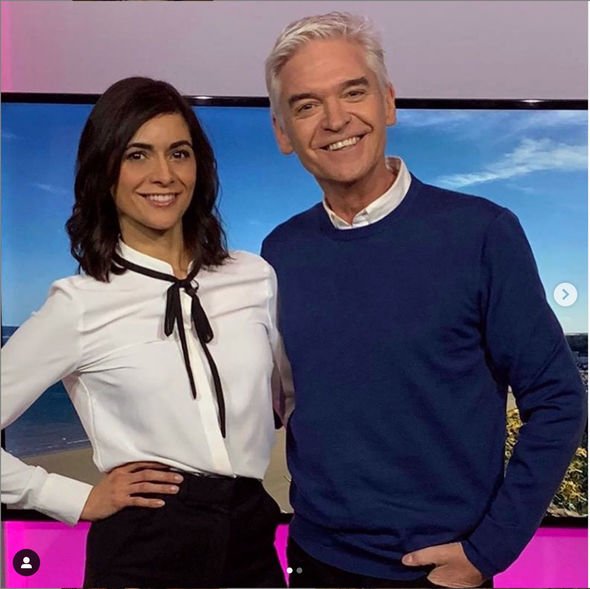 The ITV favourite took to her Instagram page to share pictures of herself and Phillip after hinting at the pair’s new television move.

At first, she uploaded a snap of the duo smiling for the camera from a studio and later shared a picture of the host taking a selfie of the pair.

The weather forecaster teased fans about their new move, saying: “All will be revealed in the spring.”

In view of her 113,000 followers, she wrote: “Fun Friday filming in the weather studio with @schofe: all will be revealed in the spring.”

The weather star also shared the news on her Twitter page, prompting many of her followers to query her latest move.

One user wrote: “What’s going on here then?”

A second added: “Will that be a weather forecasters spring? BTW a great ‘photo of you @LucyWeather & @Schofe.”(sic)

This Morning host Phillip, also shared a teaser of their latest project together on the picture-sharing site in view of his 2.6 million followers.

The host is filming for a new version of his show How To Spend It Well show on ITV.

The ITV regular first shared a picture of himself and Alex beaming for the camera in a television studio.

He captioned the picture: “With @alexberesfordtv for How To Spend It Well Summer Edition.”

The presenter then shared a selfie with ITV weather star Lucy.