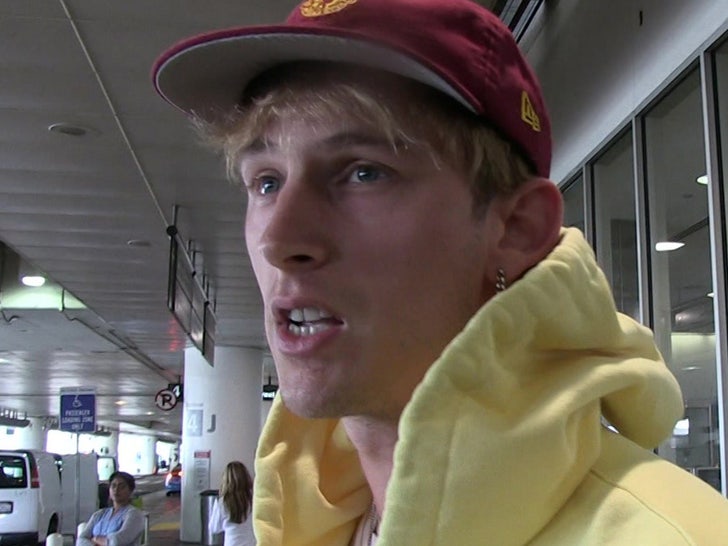 Machine Gun Kelly‘s going to be more than okay … he’ll be ecstatic after learning he will NOT be prosecuted for allegedly beating up a parking lot attendant.

TMZ has learned the L.A. City Attorney’s Office is rejecting the case … declining to charge MGK because there was no reasonable likelihood of conviction. Translation: they just don’t have enough evidence.

As we first reported, the parking lot attendant accused the musician/actor of battery — claiming MGK pushed him in the chest near an L.A. location where he and his good pal, Mod Sun, were shooting their movie, “Good Mourning with a U.”

Sources, however, told us the parking lot attendant’s battery claims were completely false. And, clearly prosecutors didn’t think they could prove his claim.

Even if he’s off the hook criminally, he’s still gotta deal with a lawsuit. The parking lot attendant, John Martin Tilli, filed the suit, alleging MGK and his production crew and staff became aggressive and surrounded him … before MGK pushed him from the front, while the crew pushed from behind.

Tilli’s suing for assault, battery, negligence and elder abuse — a very odd claim for a guy who’s 49-years-old. Sources close to MGK told us he yelled at Tilli, because he was interrupting filming, but he never made contact with him.