The reality star made headlines for her alleged affair with Alex Rodriguez, who was engaged to Jennifer Lopez at the time of the rumors, per People. Madison opened up to Page Six in February about what really went on, claiming the two “have never met in person” and only exchanged phone calls. She told the outlet they have “never been physical … never had any kind of anything. Just an acquaintance.” “He’s never physically cheated on his fiancée with me,” she added. As for the phone calls, they were “innocent” and she only “talked to him randomly.” Rodriguez seemed to brush off the rumors as a source told People at the time, “It’s a B.S. story. Alex has never met her.” But he did slide into the DMs!

It seems like Madison has moved on from all that noise since she is seemingly posting photos of her new mystery man. Keep reading for more details on her new flame.

Madison LeCroy is putting her new romance on full display 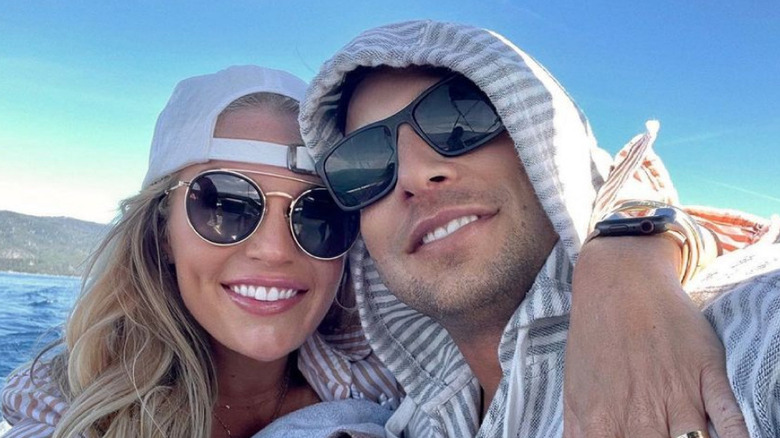 It seems like Madison LeCroy and her mystery man are crazy in love and have no plans to pull the plug on their rumored romance anytime soon!

The “Southern Charm” star and her mystery man are spending time in Park City, Utah, according to her Instagram Stories (via People). It appears they enjoyed water sports, a run down a mountain slide, and a hike. Madison introduced her mystery man to the world in June when she uploaded a smattering of images from their travels to Lake Tahoe on Instagram. The pair smiled as they kissed on the boat, with Madison captioning the montage, “Madhappy.” From there, they touched down in Kapalua Bay, Hawaii, where the love fest continued. Sunshine and warm weather seem to be their thing as they savored some drinks while wearing sunglasses. The photos are not just for likes — this relationship seems like the real thing. “Madison is very happy and fully committed to her relationship,” an insider told People.

It’s not clear if Madison will reveal her mystery man’s identity, but we will be watching this space!