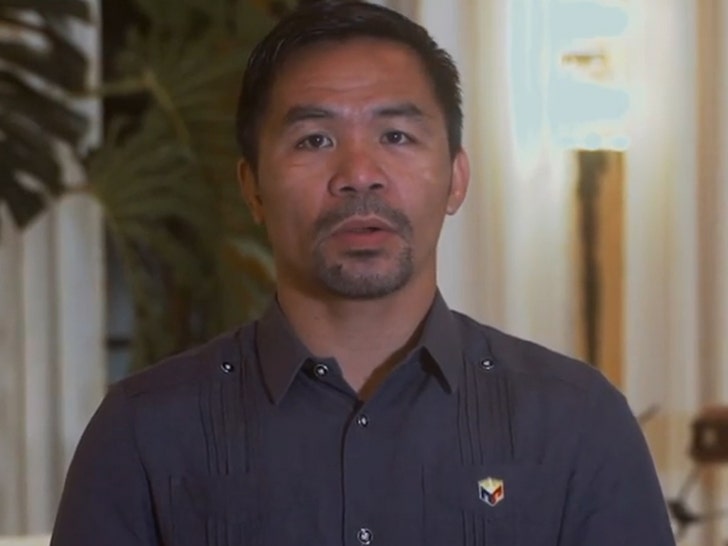 Manny Pacquiao is done with competitive fighting … the boxing legend announced Tuesday night he’s retiring from the sport for good.

Pacquiao revealed the news in an emotional video on his social media page … thanking his family, friends, trainers and everyone else who helped him along his journey to becoming one of the greatest of all time.

“This is the hardest decision I’ve ever made,” Pacquiao said, “but I’m at peace with it. Chase your dreams, work hard and watch what happens. Good bye, boxing.”

Pacquiao absolutely dominated in the ring from the day he took his first pro fight back in 1995 — finishing his career with a brilliant record of 68-8-2.

He earned victories over guys like Keith Thurman, Adrien Broner, Shane Mosley, Oscar De La Hoya and so many more in his 26 years in the sport.

“Even me,” said Pacquiao, who ended up winning a staggering 12 world titles in his career, “I’m amazed at what I have done.”

The 42-year-old — a current senator in the Philippines — will now be able to put all of his focus behind his political career … one in which he’s hopeful will end with him being the president of the Philippines in the not too distant future.

“Good bye, boxing,” Pacquiao added in his video Tuesday. “Thank you for changing my life.”