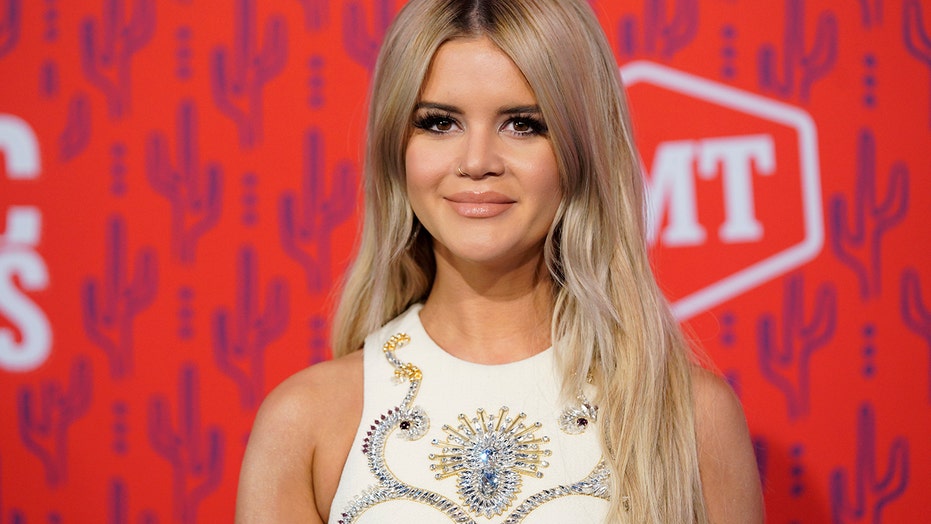 Ryan Hurd on breaking into country music as a singer, being married to Maren Morris

Ryan Hurd opens up about his journey in country music, being married to fellow artist Maren Morris and his TV guilty pleasure.

Maren Morris is stripping down for Playboy.

The country singer released two steamy snaps from her upcoming shoot with the magazine.

"Strip it down. something with @playboy is coming next week," the "Girls" singer captioned the sexy photos.

In the two photos shared by the 29-year-old star, Morris poses topless in a cowboy hat and red pants.

In the first photo she also forgoes shoes, but in the second she dons cow-printed boots and is holding an unidentified item.

Maren first revealed she'd be teaming up with Playboy in April where she assured fans the shoot would remain PG-13.

The singer, who is married to fellow country artist Ryan Hurd, is not one to shy away from showing skin. At last week's CMT Music Awards, Morris looked like a golden goddess in her 1970s-inspired mini dress.

She rocked the carpet in an embellished getup that featured two big cut-outs on her sides that showed off her toned stomach.

Fox News caught up with Morris' husband earlier this year and he opened up about married life. The singers tied the knot last year.

"It's been awesome," Hurd told us. "We got to know each other as songwriters then became friends and creative partners, and then it turned into something else."