One of the funniest scenes in The Wolf of Wall Street is when Matthew McConaughey and Leonardo DiCaprio sit down for lunch on DiCaprio’s first day at the firm. The two have an in-depth conversation about hedonism and how to survive on Wall Street, during which McConaughey begins to beat on his chest while humming.

The scene is funny enough, but what’s even funnier is the fact that McConaughey actually likes to beat his chest in real life, too.

Matthew McConaughey thumps his chest in real-life to calm himself 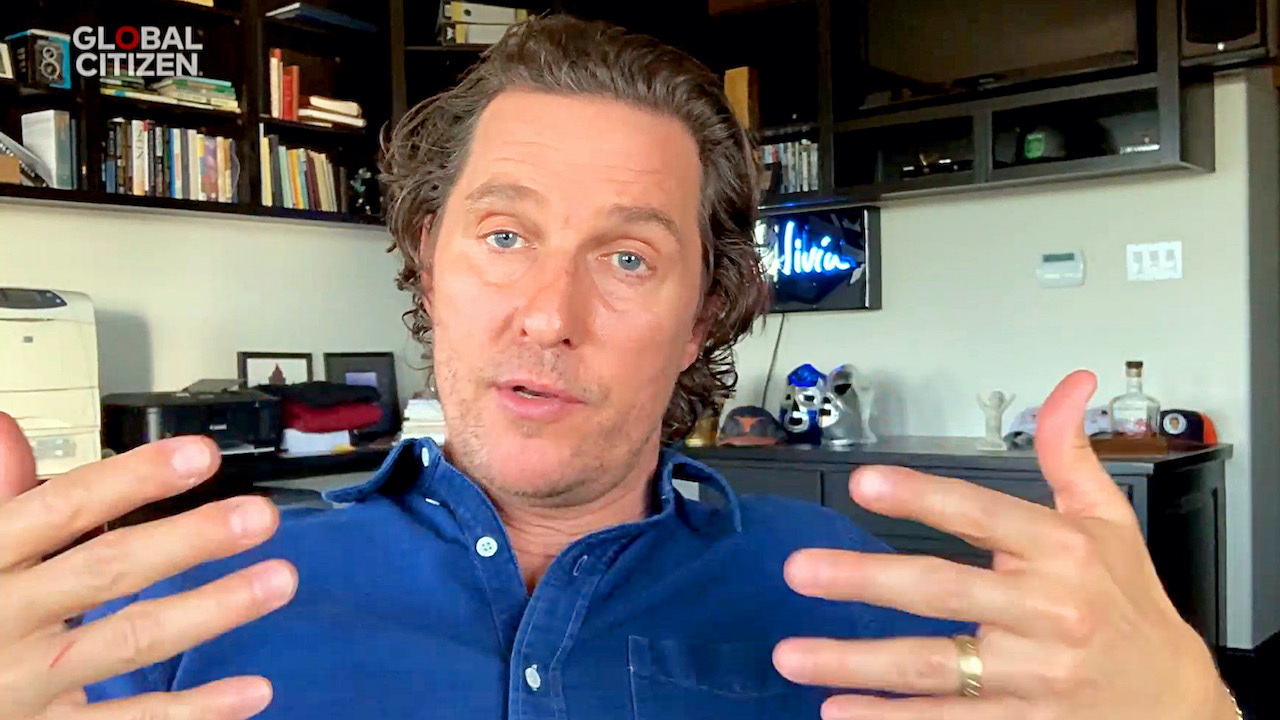 McConaughey’s infamous chest-thumping scene in The Wolf of Wall Street remains a highlight of the movie, but the behavior stems from a real habit of his. He confirmed this during a resurfaced 2014 interview with the SAG-AFTRA Foundation.

“That’s something I do, yeah,” McConaughey confirmed.

When asked why he does the unusual behavior, he claimed it helps him relieve tension in high-pressure situations, and keeps his voice deep.

“It’s a rhythm thing, it’s a relaxation thing that relaxes me,” McConaughey added. “It gets my voice down lower, especially if we’re shooting early in the morning, especially if you’re stepping into a Martin Scorsese, Leonardo DiCaprio film for one day and you’re nervous … Gotta get it down [hums rhythmically]. Find your own rhythm …”

While many people would probably find McConaughey’s ritual strange, his co-star DiCaprio found it amusing. Instead of asking him to stop, he inquired about the meaning of the behavior.

“So I was doing it before each scene, and I do that a lot before scenes to relax myself,” McConaughey said. “I was doing it, and then now we’re ready for action and I start the scene. Well, we got five takes down and I was happy, Martin was happy. He goes, ‘Ok, we’ve got it, I love it, let’s move on.’ And Leonardo says, ‘Hang on a second Marty. Hey, what’s that thing you were doing before the scene?’”

McConaughey then told DiCaprio that he does it to relax, which DiCaprio found amusing. Inspired, DiCaprio asked McConaughey to add the bizarre behavior to the scene, which McConaughey had no problem doing.

“So, we shoot and I do it at the beginning … and I give it my spiel, and then after I think he’s got it, I decided to pick it back up and include him, like ‘Now you have the baseline, you understand the common denominator of how this world works. Come on, do it with me.’ And then he starts doing it. And that was it.”

Although McConaughey only had a brief appearance in the movie, his ritual had prolonged influence. Later in the film, DiCaprio thumps his chest while giving a speech to motivate his staff. According to McConaughey, DiCaprio reached out to him to let him know the ritual lived on.

“Leo wrote me,” McConaughey said. “They went and filmed for another five months, and he goes, ‘I carried the torch, man.’ He goes, ‘It comes back, I took it later in the film.’ I was like, ‘I can’t wait to see this.’”