Miley Cyrus let her fans know exactly how she felt about losing her top while performing ‘Party in the USA’ during her New Year’s Eve special.

She “loved” it! Miley Cyrus finally broke her silence on the wardrobe malfunction from her New Year’s Eve show that had everyone talking! During the NBC special, the 29-year-old pop icon was performing her mega hit “Party in the USA” in front of an adoring crowd when her silver crop top slipped off, causing Miley to rush backstage to change her attire. Shortly afterwards, a tweet announced Miley as “suffering” from the incident, to which a fan took umbrage and replied, “She didn’t ‘suffer.’ Girl didn’t miss a beat or skip a t** and STILL delivered.”

Well, Miley caught wind of the solid support and retweeted it, addressing the situation herself. “Absolutely not! The entire night was pure JOY! I loved every second!” We wouldn’t expect anything less from a polished performer like Miley! The Hannah Montana star kept it real, per usual.

In case you missed it, Miley handled the whole wardrobe malfunction like a pro. As soon as she realized her top was coming loose, she put her hand over her chest and headed backstage — all while continuing to sing! As she reappeared in a big red blazer, Miley cracked a joke in reference to the 2009 hit, singing, “Everybody’s definitely looking at me now.” The “Wrecking Ball” songstress then added, “I’m still in the most clothes that I’ve ever worn on stage.” 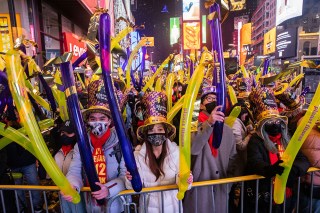 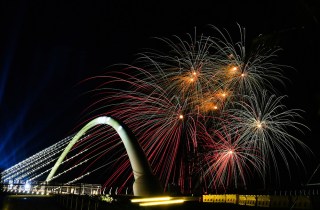 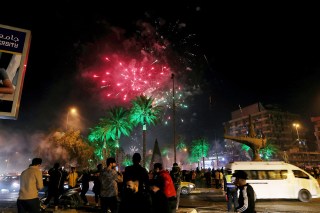 Later in the special, Miley’s co-host, Pete Davidson, had viewers cracking up as he showed just how far he would go to make Miley feel comfortable about the potentially embarrassing episode. “I heard we may have had a little boob slip. So, in solidarity, here’s my boobies,” he said as he lifted up his shirt. Throughout the evening, Miley and Pete proved they were the right stars for the job, as they kept the party going all night long with their witty rapport and pre-taped sketches. They even performed a version of Will Smith’s “Miami” for the crowd with Pete rapping! Way to ring in the new year, folks!