An upsetting video surfaced this weekend that showed a random man groping Miley Cyrus on the streets of Barcelona, Spain, and she just responded to the incident on her Instagram Story.

Basically, she was leaving her hotel with her husband, Liam Hemsworth. They were trying to make their way through an extremely large crowd of fans when a man grabbed Miley by the hair and body and eventually tried to kiss her. It took her security team, as well as Liam, a few seconds to realize what was happening, but they were able to separate the man from Miley ASAP.

We’re not going to embed the video in this post because it’s pretty upsetting to watch, but you can find it here.

While this would be an incredibly unfortunate incident for anyone at any time, Miley is literally in the middle of promoting an album that is majorly focused on women’s empowerment. So it makes sense that she took the time to address the whole thing on her Instagram in a series of Stories. 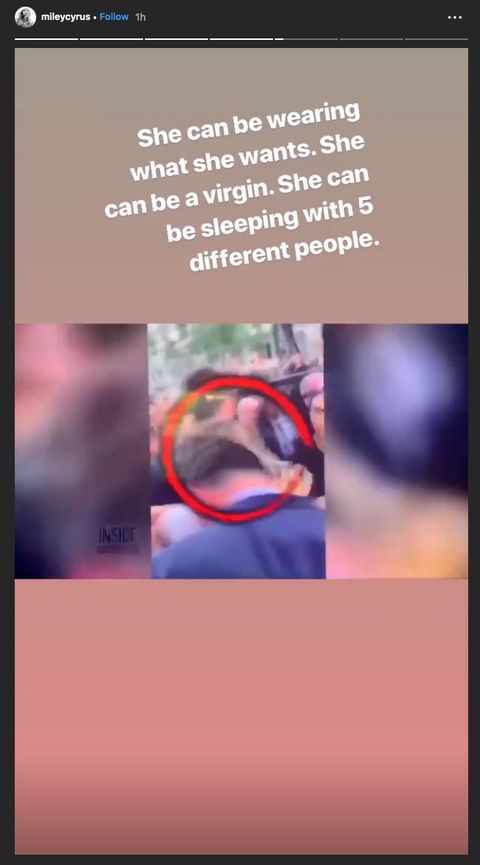 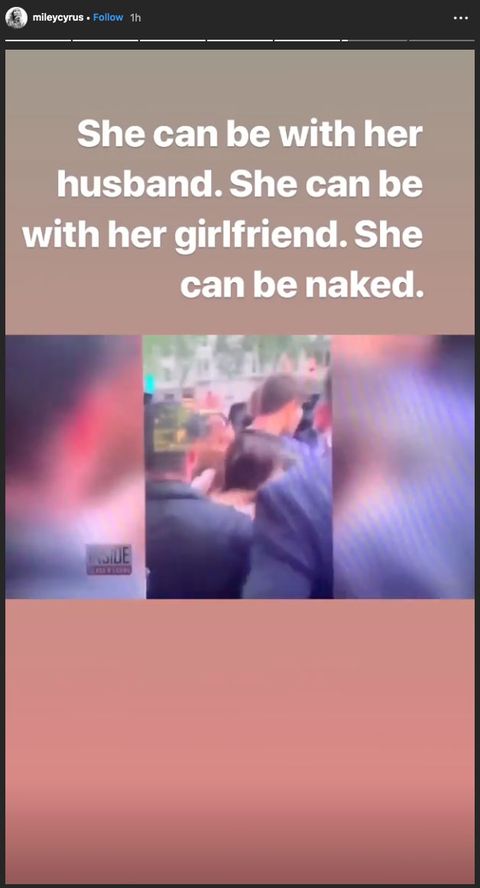 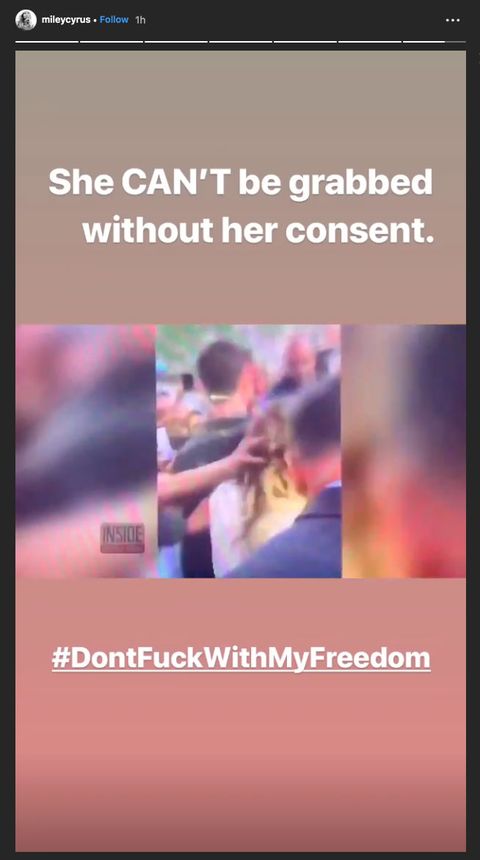 Basically, it’s not cool to do this to literally anyone, and Miley wanted to remind everyone of that. Well said. 👏👏