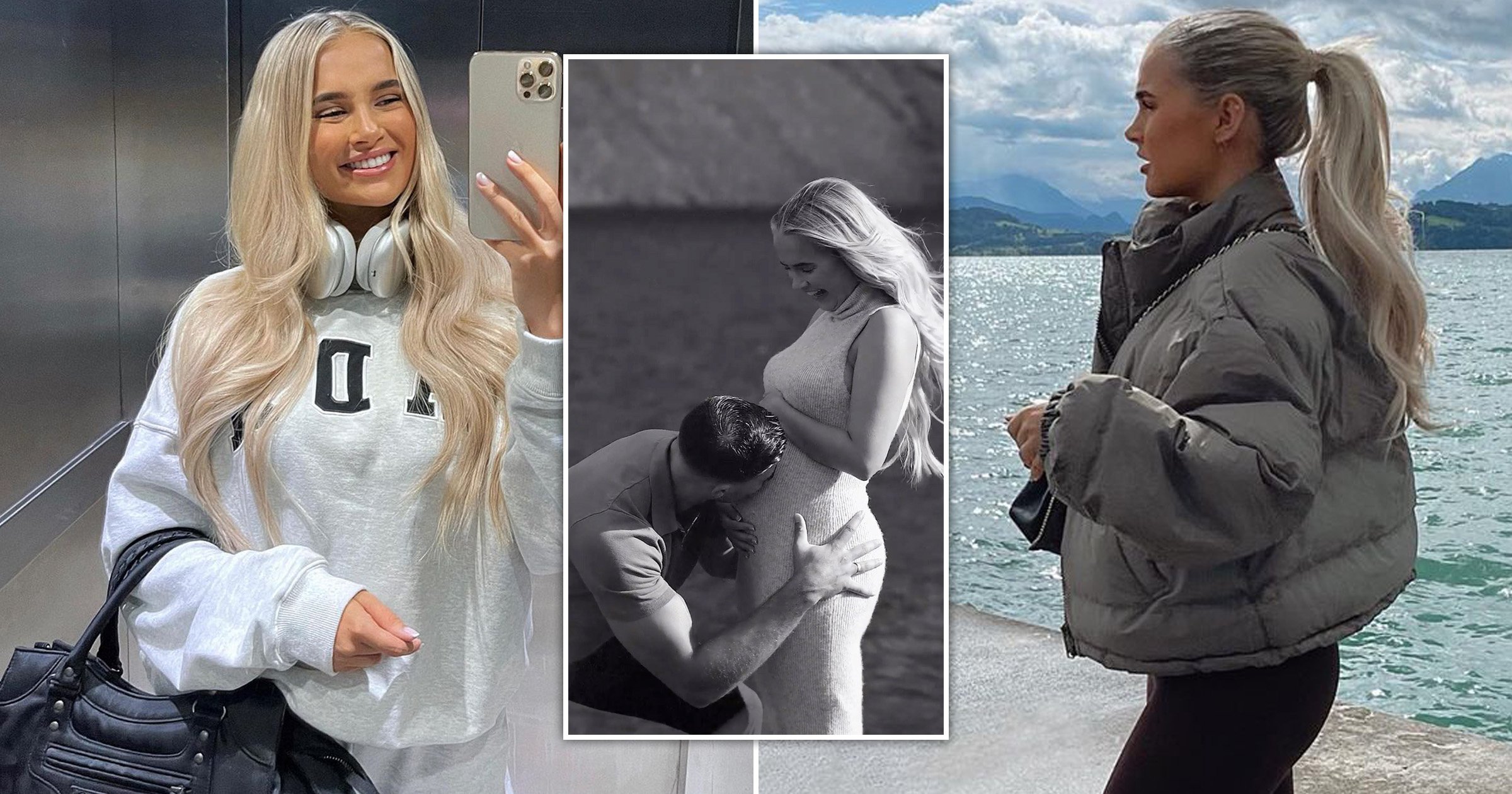 Molly-Mae Hague has spoken about her worry after she struggled to feel her unborn baby move.

The PrettyLittleThing creative director, 23, is expecting her first child with boxer boyfriend Tommy Fury, with the couple making the overjoyed announcement in September.

Loved-up Molly and Tommy have been together for three years, having first met on ITV2 reality dating show Love Island.

Their relationship has gone from strength to strength since, with the couple often speaking about how they’d like to have a family together in the future.

Now that the famous couple are confirmed to be expecting a baby girl, Molly has been keeping fans updated on her pregnancy through social media, and this week spoke candidly about some worries she had been experiencing.

The 23-year-old first shared a sweet video and photos of her ultrasound, in which she was in awe at how she could make out her baby’s facial features already.

She then admitted that she had been fearful that she often struggled to feel her baby move inside her – and even when she could, dad-to-be Tommy couldn’t feel anything.

Molly has now learned she has an anterior placenta – where the placenta attaches to the front wall of the uterus and makes it more difficult for the baby’s movements to be felt from outside.

Taking to her Instagram Stories, Molly wrote alongside sweet snaps of her ultrasound: ‘So I actually have an anterior placenta.

‘I have been getting quite disheartened at how little I’ve been able to feel her move… especially when I can feel her and Tommy can’t when he touches my belly.’

She said it was ‘really reassuring to know’ the reason behind it, explaining: ‘My placenta is literally a huge sponge between me and the baby that’s absorbing all her movement and preventing me from really feeling it.’

Molly added: ‘Think it’ll be a while yet until we see her little legs kicking through or Tommy feels her but I’m keeping my fingers crossed!’

What is an anterior placenta?

The placenta develops in the first few weeks of pregnancy, wherever the fertilised egg embeds itself – it can be anywhere along the uterus. If it attaches to the front wall, it is called an anterior placenta.

It’s very unlikely an anterior placenta can cause issues in pregnancy, however it may lead to the baby’s movements being unnoticable until later on in the pregnancy.

You can learn more here.

The star is working as hard as ever throughout her pregnancy, having recently teased a new PLT project with a ‘baby photoshoot’ in London.

Mum-to-be Molly posed in a warm dress and coat against the autumn chill as she kept a protective hand on her stomach, teasing it was a ‘bring your baby to work kinda day.’

Tommy and Molly previously announced they were expecting a baby girl as they shared the moment they themselves learned the sex of their unborn child at a gender reveal party.

The couple appeared overjoyed after boxer Tommy popped a balloon, leading them to be showered in a flurry of pink confetti.

Meanwhile, Love Island narrator Iain Stirling told Metro.co.uk he was ‘convinced’ the couple would go far when he first saw them on the dating competition.

‘When I saw those two together, I thought “Put a baby in her already, this is done,”‘ he joked.

Iain added that he had ‘never seen a more suited couple in my life.’