Joe Biden, 77, hopes to “heal America” as he was announced as the United States’ 46th president after defeating Donald Trump, 74, in the presidential election yesterday. Moments afterwards, Gardeners’ World host Monty Don, 65, took to Twitter to express his “relief” over the news for America, which resulted in much criticism from his fans.

Last night Mr Biden assured his nation it is the “time to heal America” with his now Vice President Kamala Harris, 56.

Monty was one of many to express his thoughts over the news, as he began to write: “With a huge sigh of relief we can celebrate the fact that America has won the election.

“Biden’s victory is the best thing that has happened all year,” he told his 203,000 Twitter followers.

While many of his fans agreed with his statement, some were left feeling rather unimpressed with his comments. 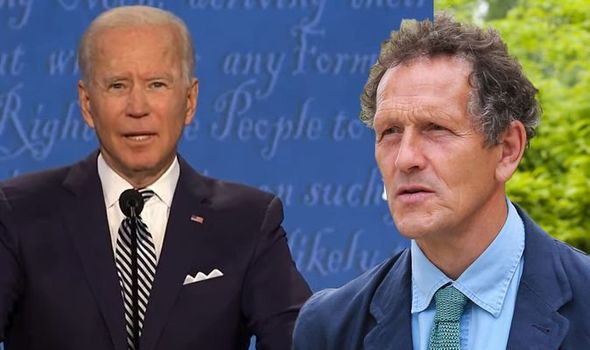 One replied: “Love watching you on tv, in fact, the only show I do watch, but after your tweet just now, I won’t be watching again.”

Another remarked: “It’s probably not good that TV presenters reveal their political views – I personally hardly noticed your tweet but looking at how other people have responded makes me realise it’s a minefield – look at how Gary Linekar is now despised by millions by being so anti-Brexit.”

“Tbh, it would be better for you not to express your political opinions and stick to gardening,” a third went on to add.

“I’m not saying you’re wrong, just not really your style…” 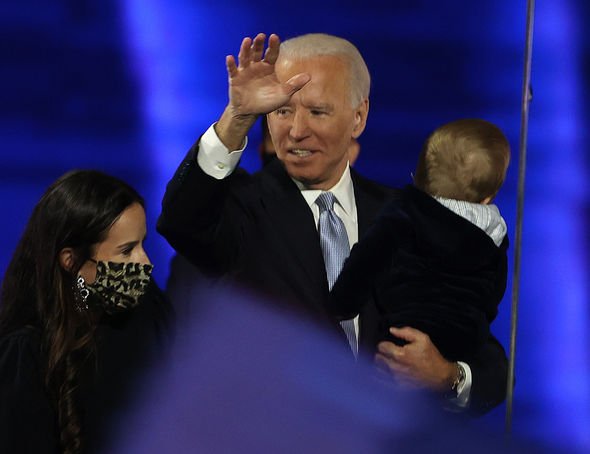 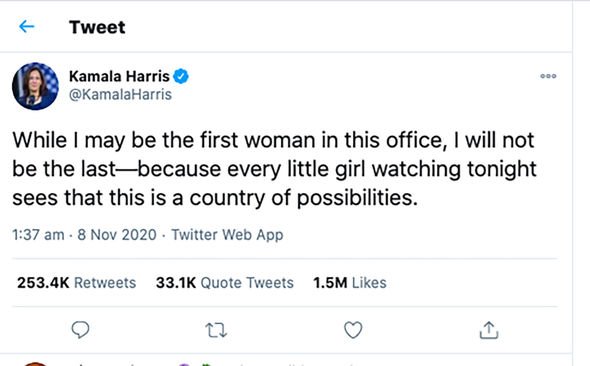 “Not so sure – Biden seems to have been a “pro-IRA” sympathiser in the past, so from a UK perspective maybe not a change for the better!” another penned.

Despite this, some fans waded in to keep the host’s spirits up, with one writing: “I think having #GardenersWorld on our TV is the best thing that has happened all year for the UK.”

“Totally agree… however you have saved me this year Monty without @GWandShows I’d have struggled more this year,” one social media user commented.

A fourth tweeted: “There is a collective sigh of relief here.

“People all over the country are coming out of their homes and celebrating. It’s beautiful!”

In Mr Biden’s victory speech, he declared: “I understand the disappointment tonight. I’ve lost a couple of times myself.

“But now, let’s give each other a chance. This is the time to heal in America.”

Kamala Harris said: “While I may be the first woman in this office, I will not be the last, because every little girl watching tonight sees that this is a country of possibilities.”

Earlier on in the day, the Vice President shared a video on Twitter of herself on the phone with Mr Biden moments after his victory against Mr Trump.

“You’re going to be the next President of the United States.”