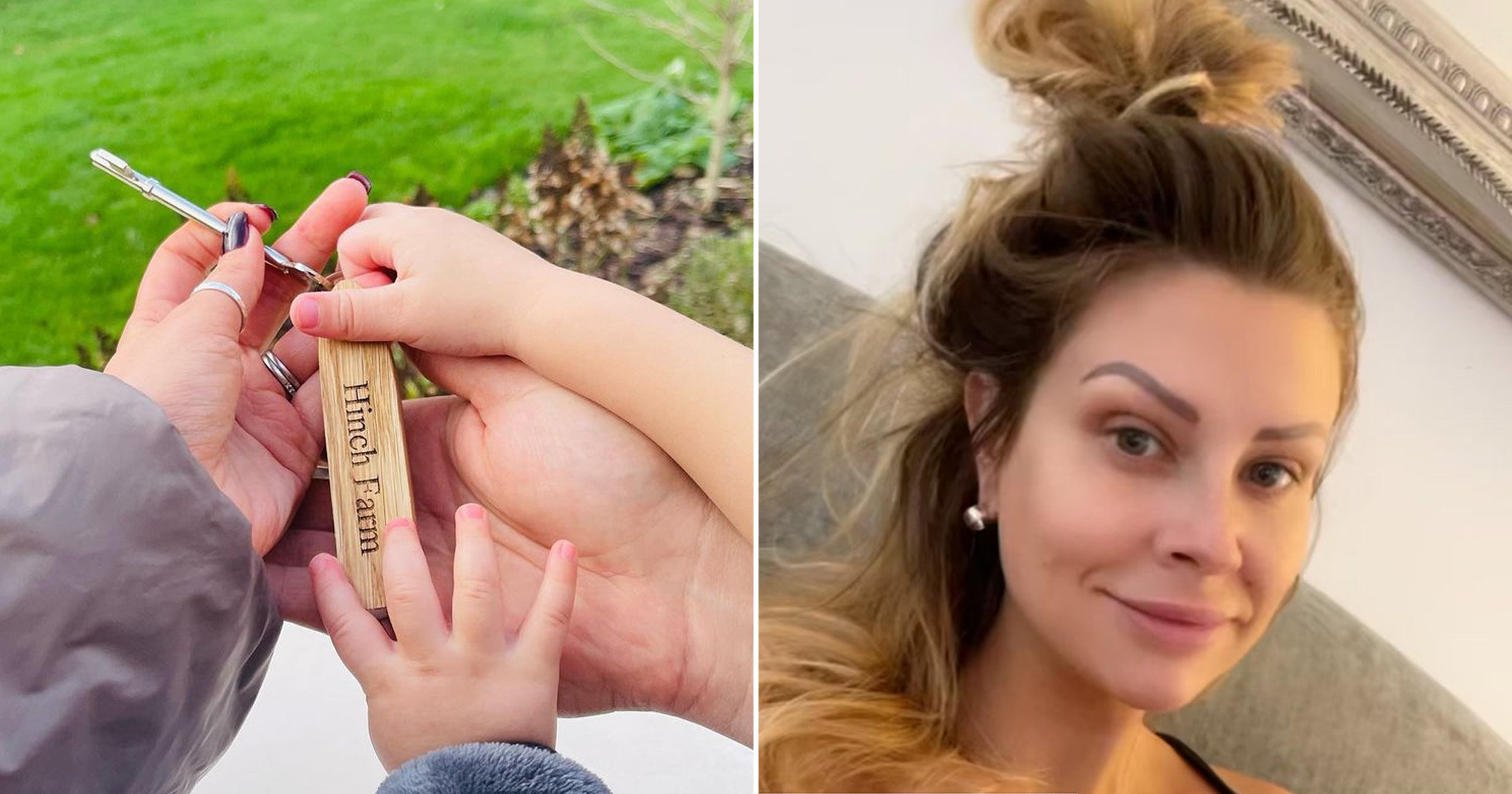 Mrs Hinch has shared the truth behind her family’s recent move from their detached house to a countryside mansion.

The social media megastar, 31, and her husband Jamie snapped up a secluded mansion much to the shock of both themselves and fans, who never saw them leaving the ‘Hinch house.’

However, Mrs Hinch – real name Sophie Hinchliffe – had clashed with neighbours over privacy issues, leaving the family no choice but to move out.

The Essex-based influencer told her 4.2million Instagram followers how she never intended to leave their original home, and tried so many things to make it work before accepting they had to leave.

Sophie was catapulted into a world of fame and fortune in her beloved house in 2018, where she shared her renovations and cleaning projects.

Explaining why the couple decided to move on, the mum-of-two wrote: ‘I won’t go into too much detail because I wouldn’t want to give any satisfaction to the cruel person people involved.

‘But Jamie has wanted to move for a while due to the privacy issue which came about after we had extended the house but I was in such a mess because I didn’t want to move.’

She said she was ‘crying’ to her husband because she ‘didn’t want to lose’ her home.

Sophie continued to explain the lengths she went to to ensure more privacy: ‘So I promised him I could fix it hence my weird basketball net looking trees which you may have noticed on my stories at some points.

‘Also new panelled fencing with no holes and a crazy CCTV system. I really did my best behind-the-scenes guys but it wasn’t enough in the end.’

Her partner told her she was ‘putting plasters over things,’ which lead Sophie to ‘a really, really low place.’

However, she’s now come to terms with the fact that ‘everything happens for a reason.’

‘I’m so so grateful for my life and wouldn’t change a thing but a lot goes on behind closed doors and if only some people knew how much their selfish actions affect others.

‘But they will not win! I will always love this house but I will make Hinch farm our forever home where the boys will be so safe and we will feel comfortable again,’ she concluded.

The cleaning extraordinaire shared a photo of a model of her original home, which she can take with her wherever she goes.

The family now plan on looking after animals and have stables on their new farmland, where they’re surrounded by fields.

When she announced the news of their move on her feed, Sophie said her brood were going to ‘write a new chapter in our story’ as she thanked fans for their support, which made the move possible.

Avid followers of the author can surely look forward to a load of renovation and interior design-related social media posts as the family settle in to their new abode.

She’s already given Insta a virtual tour of her swanky new place, which boasts a grand wooden staircase and a garden playhouse perfect for her boys to play in.

Sophie gave birth to her second son Lennie in May last year, while eldest Ronnie, two, seems quite content with his new surroundings.

The family-of-four have already put their own stamp on the place by nailing a ‘Hinch Farm’ sign onto the fence.

Their move comes follows reports from The Sun that the queen of clean raked in £1.5million in the last financial year.

The star has seen major success from her best-selling books as well as TV appearances and social media promotions.