Former Strictly Come Dancing star Oti Mabuse, 31, could be seen canoodling with her husband Marius Lepure, 39, on his Instagram story last night. Oti and Marius were found backstage at Oti’s star-studded I Am Here UK tour.

Dancer and choreographer Mlindi caught the lovebirds cuddling up, before suggesting that they had more pressing matters to attend to.

“Guys, we’ve had the beginners,” Mlindi told Marius and Oti.

“But you opened and I’m the last one so…” Oti replied, making her excuses. 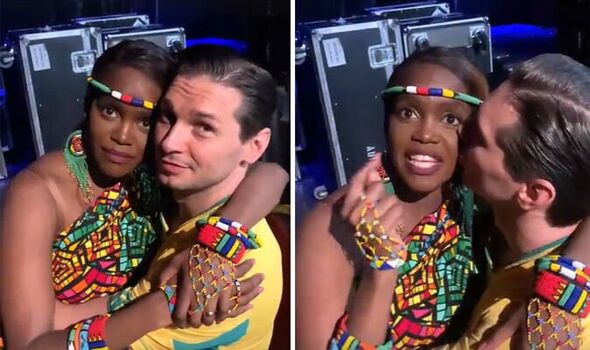 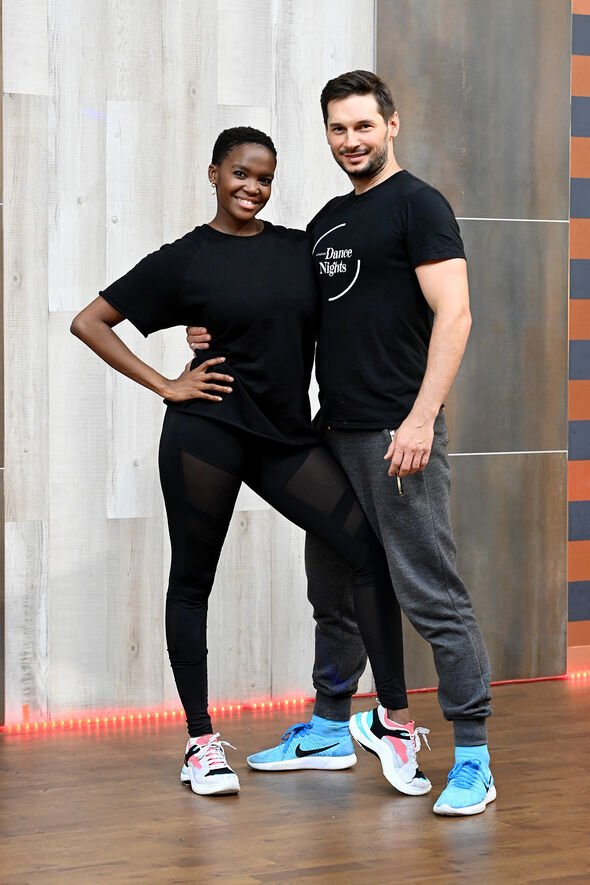 “This is true, you should have been a lawyer,” Mlindi quipped back.

Another show saw Marius and Oti teasing one another, as Marius could be heard saying: “She’s so much fun guys…”

Marius shared the clips from Mlindi to his story, telling the star: “@MlindiKulashe your time is coming.”

Oti’s I Am Here tour features some of “the world’s greatest dancers and the West End’s finest singers and musicians.” 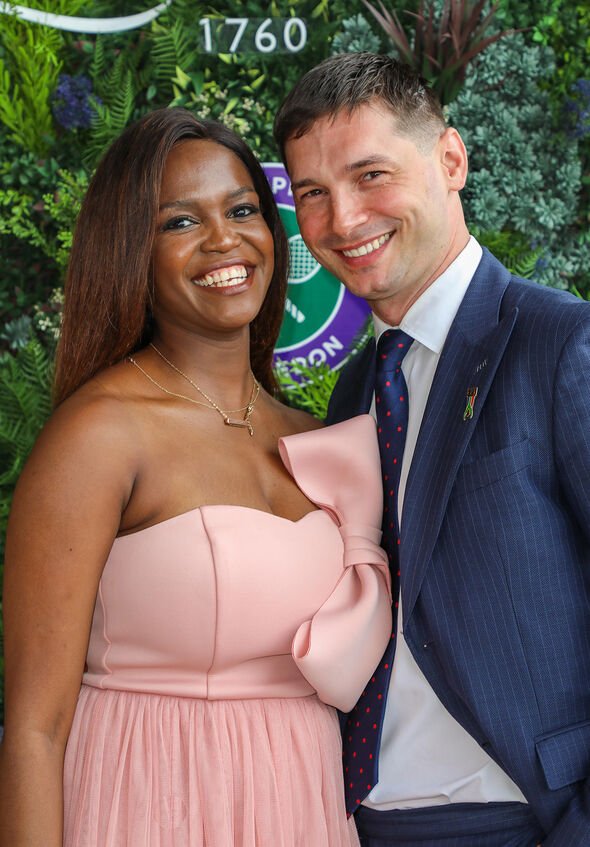 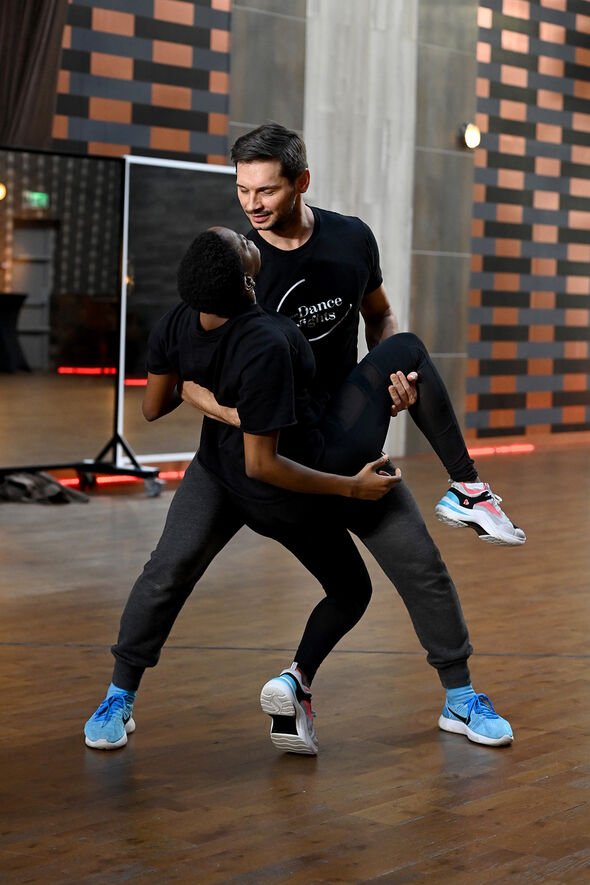 It is a celebration of influences and inspirations that took the dancer on a journey from growing up in South Africa to hitting the world stage.

According to Oti’s website, the tour features “mesmerising Jives and pumping Sambas2 all the way through to “South Africa’s exhilarating Kwaito”.

It also promised to be “an explosive night of dance and music that will set your heart racing”.

Oti and Marius are both professional dancers, with Oti also becoming a judge on Dancing On Ice this year.

Oti met Marius at a dance trial in Germany back in 2014, with sparks flying quickly for the pair.

They went on to compete in several competitions together, winning gold at the German National Show Dance Championships.

Not only that, they also came second at the World Latin Championships.

In a whirlwind romance, the Romanian-born dancer proposed to Oti on his birthday in 2014 and they tied the knot that same year.

Oti is best known for her stint on Strictly, which lasted between 2015 and 2021.

She won the show twice in 2019 and 2020 with partners Kelvin Fletcher and Bill Bailey.

She has also been Dance Captain on The Greatest Dancer and a panellist on The Masked Dancer.