Sir Patrick Stewart left school at just 15 years old to start pursuing his acting dreams, eventually hitting the big time with his role as Captain Jean-Luc Picard in Star Trek: The Next Generation. But in 1964, when he was aged 24 and still an underpaid stage actor, Sir Patrick had the opportunity to meet music legend Sir Paul McCartney – and he was not quite dressed for the occasion.

The Beatles had already released their first hit Love Me Do which became a chart-topper in 1963.

The group were still to experience the height of their fame but were steadily en route, and earning plenty along the way.

It was then that Sir Patrick and Sir Paul would first meet and form what Sir Patrick described as a “slender relationship” that would last for decades.

Speaking on The Graham Norton Show about the experience, Sir Patrick shared it was actually their similar taste in cars that had brought the two together in 1964.

He said: “[Paul’s former] girlfriend, Jane Asher then, told him that I loved Aston Martin’s. I was driving a battered old Ford but Aston Martin’s were my dream car.” 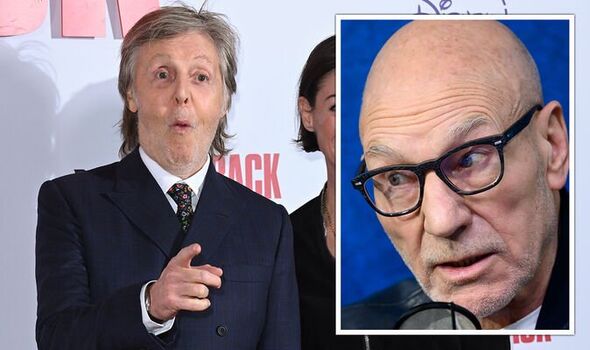 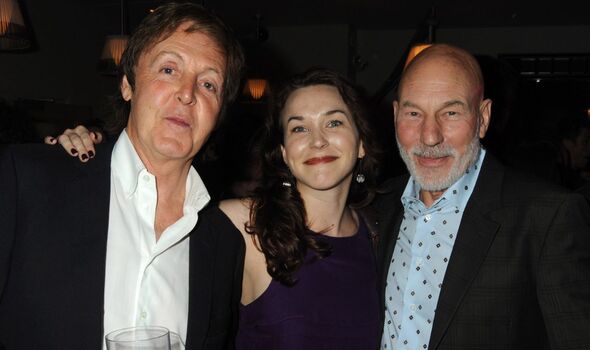 Sir Patrick and Asher were performing on stage together at the time.

One night soon after Sir Patrick received a knock on his dressing room door: “I said ‘Yes, come in’ and I’m there in my underwear.”

The revelation garnered thunderous laughter on the set of The Graham Norton Show, which Sir Patrick comedically added to by jokingly shouting: “I’m ready for you!”

Continuing with the story, he said: “The door opens and standing there was Paul McCartney who I had never met before.

“And he said ‘Jane says that you like Aston Martins, here, drive this.’ He tossed a bunch of keys to me and it was his Aston Martin.” 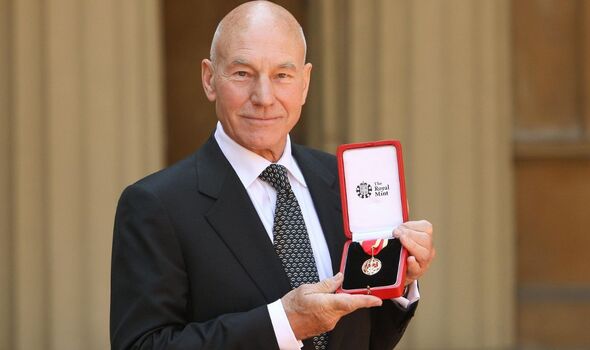 More recently they met after both Sir Paul and Sir Patrick were knighted for their contributions to music and drama respectively.

The impromptu meeting occured at an upscale restaurant in Los Angeles where Sir Paul and another former Beatles member Sir Ringo Starr happened to bump into the actor.

It was the first time Sir Patrick had met Sir Ringo when Sir Paul announced: “Sir Ringo, Sir Patrick, Sir Paul…Hey, we’ve got the knights of the round table!”

Sir Patrick was knighted by Queen Elizabeth II in June 2010, after having received his OBE in the 2001 New Year Honours list.

This was added to his already lengthy list of accolades, including a Star on the Hollywood Walk of Fame which he received in 1996.

In 1993 Sir Patrick was named as the Best Dramatic Television Actor of the 1980’s by TV Guide.

This was quite an ironic accolade to some degree as when Sir Patrick first entered the industry he was a dedicated stage actor, perplexed by why actors’ would choose to go into television or the science fiction genre.

A large portion of Sir Patrick’s career was spent as a member of the Royal Shakespeare Company, and it was here where he would meet Doctor Who star Lalla Ward.

Both actors had been auditioning for a 1980 production of Shakespeare’s Hamlet when they found themselves alone in a lift together. 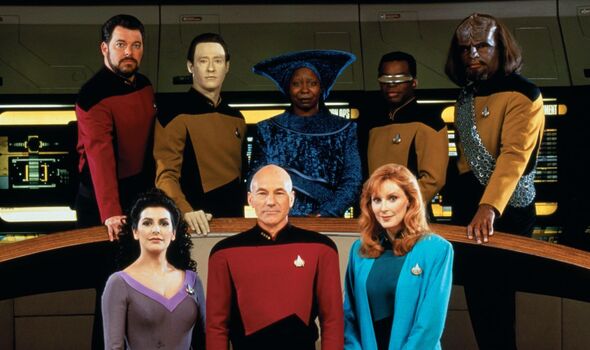 Sir Patrick reportedly asked Ward: “Why do you do all this television, why don’t you do proper stuff like theatre? Why would you want to do science fiction?”

Ward responded that she enjoyed being on Doctor Who and that it was a challenge learning the technicalities of science fiction.

Sir Patrick then shared: “Oh, I wouldn’t want to do that sort of stuff.”

Despite this, his two biggest roles would encompass exactly that, as Captain Jean-Luc Picard in Star Trek: The Next Generation and Professor Charles Xavier in the X-Men franchise.