Perrie Edwards took time out of her busy schedule to support her footballer boyfriend Alex Oxlade-Chamberlain as she jetted out to Madrid to watch his team Liverpool win the Champions League Final. 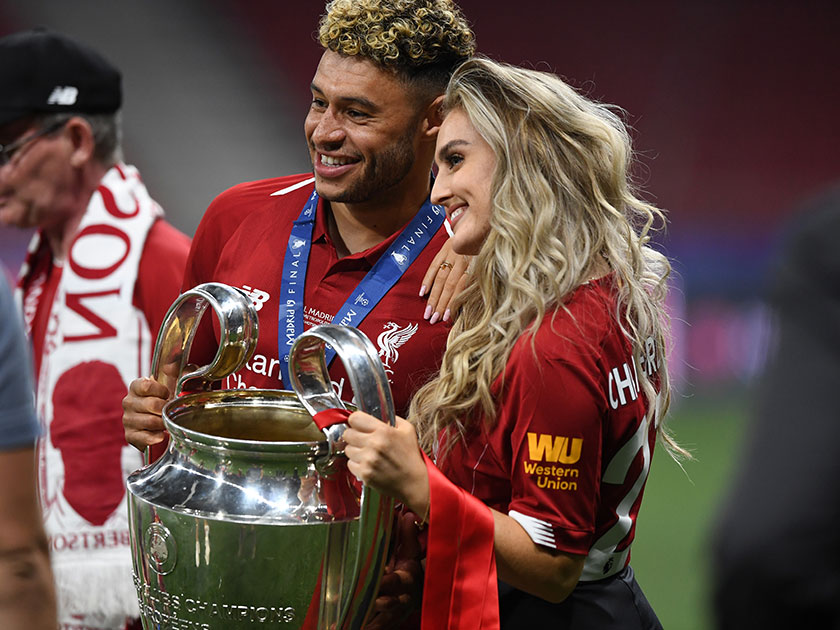 The Little Mix singer couldn’t contain her excitement as she ran onto the pitch at Wanda Metropolitano after their 2-0 victory over Tottenham Hotspur on Saturday night.

Despite Alex not actually playing in the game as he was benched, the pair looked adorable as they posed together in Liverpool shirts with Alex proudly showing off his medal.

The loved-up duo couldn’t keep their hands off one another as they smiled and joked around on the pitch after the game, with Perrie proudly hugging her beau before they wrapped their arms around each other and posed for photos next to the team’s trophy. 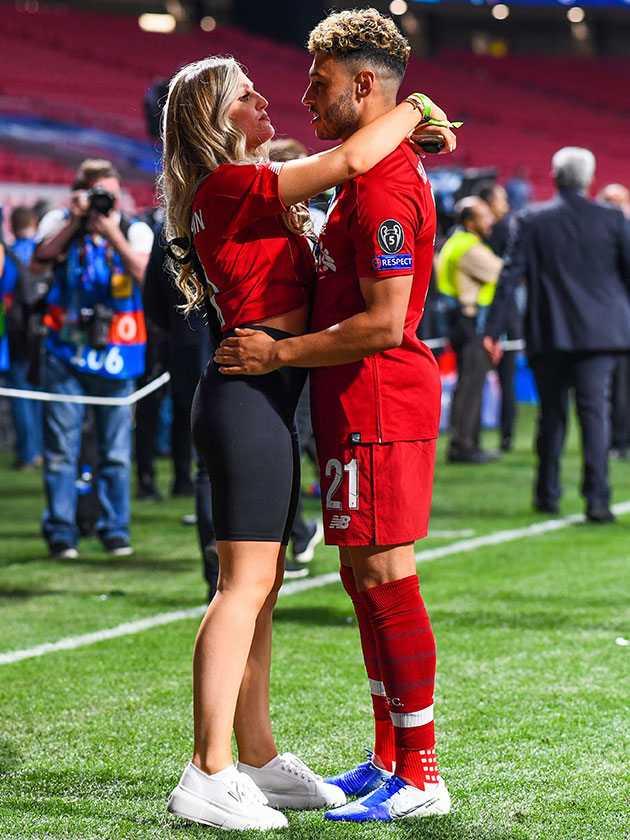 Later they were pictured enjoying a quiet moment as Perrie was seen with her arms around Alex’s shoulders, gazing at him as he held her waist. So cute!

Before the game, and before she knew Alex would be benched, Perrie revealed her hopes that he would be able to take part in the match.

‘I’m going to be out in Madrid so if they win it’s going to be party central and I am ready to party,’ she told Forth 1 radio.

‘I just want Alex to be a part of it, that’s all I care about. I can’t even tell you how nervous I am and I don’t even know if he is going to play or not but my anxiety is through the roof – I just want them to win.’

When asked whether she gets nervous watching Alex play, she added: ‘It’s [the match] out of my control and I don’t know what the outcome is going to be, but I at least want him to play a little part of it.’