Prince Harry said in an interview that aired early Friday he was “stepping back” from his duties as a British royal rather than “stepping down” — and he said the “toxic” British media was to blame.

The prince addressed the royal turmoil and other topics during an appearance on “The Late Late Show” with host James Corden.

Corden and his royal guest chatted as they visited various spots around the Los Angeles area. The interview included a ride on the top deck of a tour bus and Harry rapping out the TV theme song to the 1990s show “The Fresh Prince of Bel-Air.”

But in Harry’s first interview since his grandmother, Queen Elizabeth II, stripped Harry and wife Meghan Markle, of their remaining royal duties, family matters were a key topic. 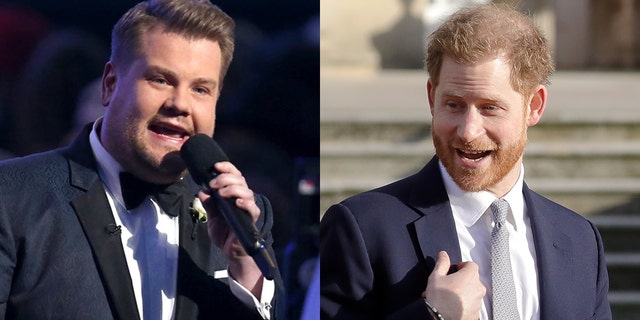 Harry told Corden he was placing the interests of his immediate family members first. (He and Markle have one child, named Archie, and recently announced they are expecting another child.)

“It was stepping back rather than stepping down,” Harry told Corden. “It was a really difficult environment, which I think a lot of people saw, so I did what any father or husband would do and thought, ‘How do I get my family out of here?’ But we never walked away, and as far as I’m concerned, whatever decisions are made on that side, I will never walk away.”

As for the British press, he added: “We all know what the British press could be like, and it was destroying my mental health, I was like this is toxic. So I did what any husband and what any father would do is like, I need to get my family out of here.”

The former royals eventually moved to Southern California after leaving Britain, with a stop in Canada in between.

Nabbing the interview with Harry helped Corden scoop Oprah Winfrey, whose conversation with Harry and Markle is scheduled to air March 7, according to The Associated Press.

The Associated Press contributed to this story.