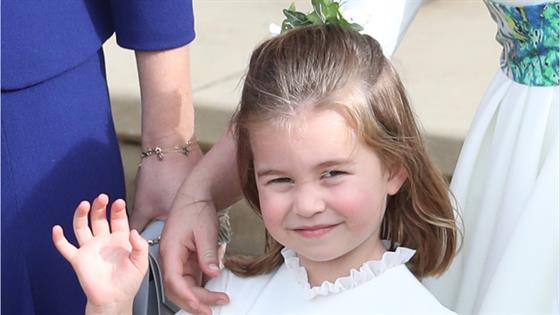 Prince William and Kate Middleton are “considering” keeping Princess Charlotteat home during the summer when school is expected to reopen, according to The Sunday Times.

The Duke and Duchess of Cambridge want to “keep” their 5-year-old son Prince George and 6-year-old daughter “together and to maintain their lockdown routine” amid the ongoing coronavirus crisis.

Both children attend Thomas’s school in Battersea in southwest London. Princess Charlotte is in “reception” while Prince George is in “year 2.”

According to the publication, the school is “expected to follow government guidance on schools, bringing back only children in reception, year 1 and year 6 in to the classroom—not George’s year group. The private school will make a final decision this week.”

Ultimately, the royal couple wants to send both of their children at the same time.

Earlier this month, Middleton talked about how her family, including Prince Louis, are holding up.

“I’m sure you’re experiencing the same yourselves with your families and things but we’re stuck with homeschooling again, but no, yeah, it’s unprecedented times really but we’re fine, thank you for asking,” she said during the interview.

The Duchess of Cambridge also discussed the challenges of homeschooling her little ones.

“George gets very upset because he wants to do all of Charlotte’s projects…making sort of spider sandwiches is far cooler than literacy work,” she shared.

She went on to share during the interview that she and the rest of her family have been starting to video chat to keep in touch.

“Yeah it’s really hard, we haven’t done a huge amount of FaceTime and face calls and things like that but we’re doing a lot of that now and actually it’s been really great,” Middleton said. “We sort of try and check in daily with family members and speak to them about news and things like that.”

She added, “In some ways I suppose we’ve got a lot more contact a lot more FaceTime than perhaps you would have done before, but it really is difficult…it’s hard to explain for a 5 and a 6 nearly 7 year old what’s going on. But no the schools have been great in supporting them as well, so…no, hard times but we’ve got the support out there I think.”